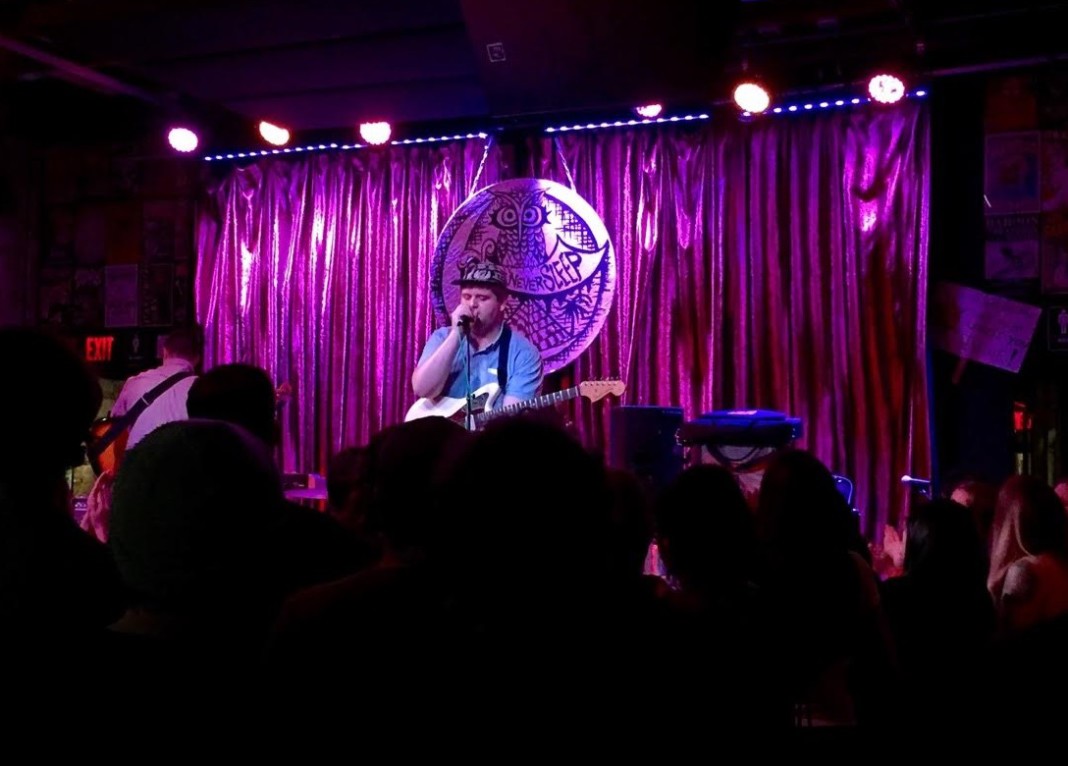 Three Links was packed to the brim on Thursday night with an excited crowd, ready to dance. The bill started of with local darlings Fungi Girls. Their wonderfully jangly guitars and infectious energy moved the crowd into excited dancing. It’s rare to see an opening band inspire real excitement and energy through the crowd, even more so if there are multiple openers on the bill. Yet, this is exactly what Fungi Girls managed to do, letting their deliciously lazy riffs carry the crowd.

Up next was San Francisco based Cool Ghouls, who immediately launched into a fast paced opener, keeping the energy high in the crowd. Cool Ghouls set was much more loping and scattered than the Fungi Girls, though this didn’t stop the crowd from moshing to a song more fitting for a two-step. Switching from more doo-wop inspired melodies to a country sound to classic garage rock, Cool Ghouls were just about everywhere in their set. The truly shining moments came from their harmonies, which managed to pierce luminously through the haze of their constantly switching genres. The real fun began as Shannon And The Clams took the stage in wonderfully gold, glittery matching suits. This should have been foreshadowing for the theatrics to come, but they never did. Instead, the band relied on their musicianship and sheer power of their catchy riffs to move the crowd. The band began with “I Will Miss the Jasmine”, the opener to their latest release, Gone By The Dawn. Almost immediately, a pit formed in the center of the crowd and persisted throughout their hour long set. The Dallas scene is too often riddled with static crowds, but these concert goers were in constant motion. Shannon And The Clams powered through their set, merely pausing between songs and keeping the dancing crowd on their feet.The band focused heavily on cuts from their new album, but still managed to fit in their most loved singles. Towards the end of the set, nearing the encore, the band announced that only a few songs were left for the night. The crowd audibly saddened at the announcement. It was clear that Shannon And The Clams were absolute height of their charm, and it seems like the Oakland garage rockers are here to stay.