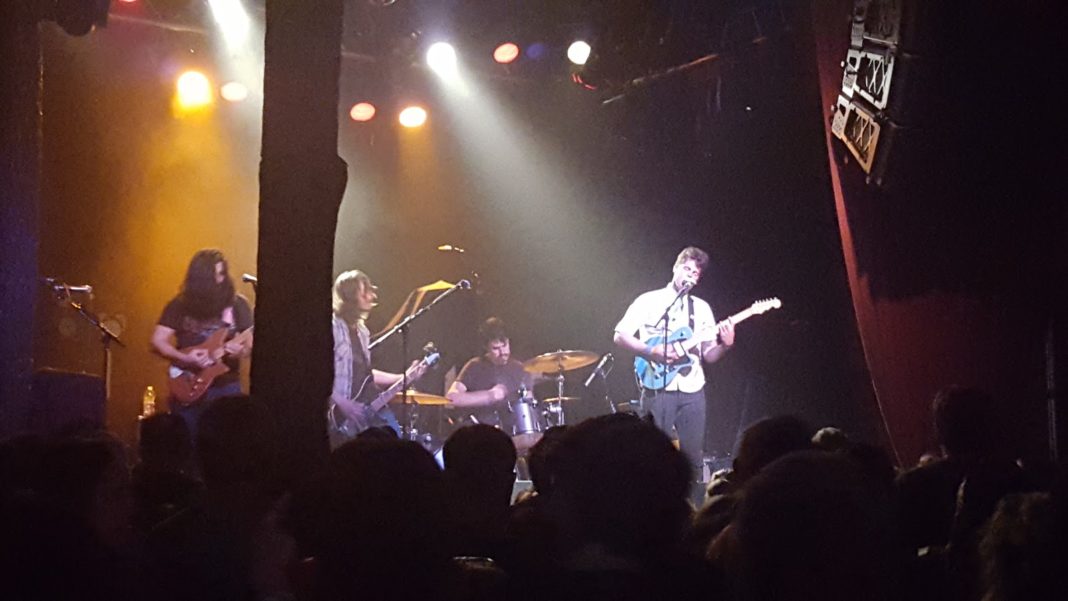 On Saturday night tons of energetic fans raced into Trees in Deep Ellum, eager to get a good spot for the sold out Taking Back Sunday show. One of the first things I noticed was that the venue had put up a barricade for the show, which I had never seen before. I figured it would make for an interesting night, and it definitely did.

It was evident that people had no clue who the opening act, You Blew It, was. The younger, lesser known band was received fairly well by the audience, interacting with the crowd several times and as their set progressed the energy in the room did as well. Soon enough everyone was dancing along and the band ended their set with a few new fans.

After You Blew It, the audience became aware of how soon Taking Back Sunday would be taking the stage; it felt like it would be a crazy night. Once on stage, they announced that they would be playing their newest album, Tidal Wave, from cover to cover. The crowd cheered in response and the show began.

Tidal Wave, released only a month prior, doesn’t sound as heavy as older releases, evident during the live performances. The band was progressing with the times and changing things up – a step in the right direction as the new songs sounded great, even if it wasn’t their typical sound.

The first half concluded and the mellow times vibrated within the room. This ended all too quickly, and the barriers quickly were made of use for the rest of the show. The band exited and reentered the stage. A new band. Everyone rushed the stage and packed in extremely close, quickly jostling to the beats of older and memorable tunes, such as “Tell All Your Friends” and “MakeDamnSure.” As they started playing older songs, it was clear that these were the songs everyone came to hear. At one point during the show, fans decided to “open up the pit”. This was one of the most interesting things, as a few people ran around in a circle and ran into each other. Many of the people who participated in this ended up falling at some point, but they were having the time of their lives. As this went on during the entire second half, people also started to crowdsurf. I then realized why they had put a barricade up, as things like that were just expected at their shows.

Taking Back Sunday had a very unique set.  A cover-to-cover set follow by an encore (the entire second half of the show) was interesting. People chanted “one more song,” and were shocked with every song they received. The inevitable, actual last song was of great pleasure for the audience who seemed to relish in the entertainment the band supplied for the evening. After the final note the band waved goodbye and exited the stage.