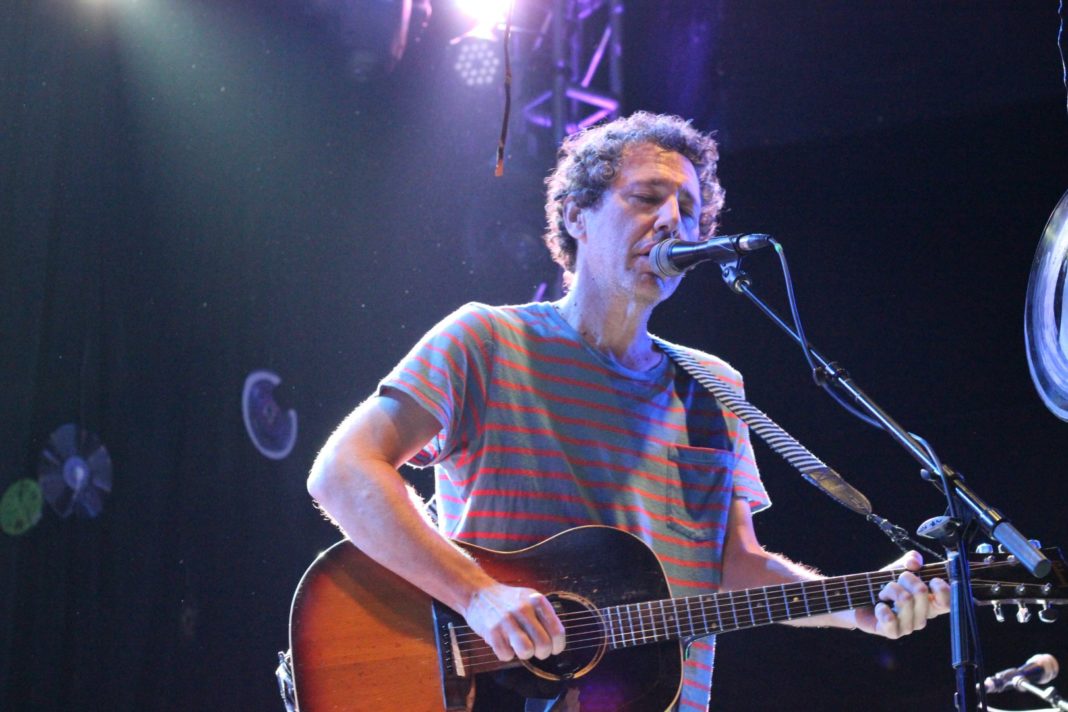 As rain poured in throughout the evening, fans across Dallas poured in to Granada Theater for an evening with Yo La Tengo, filling up the venue quite nicely before the show actually came to start. As the time for the show came close, I asked myself the age old question, “Does Yo La Tengo have an opener, or are they coming out right away?”. This question didn’t last too long in my mind as Kaplan hopped out on stage leading the rest of the band to start the set right away. Starting with “You Are Here,” Yo La Tengo set the mood quite well with one of the lengthier pieces from their newest release. As this transitioned to “Damage,” I started to feel the wonder that had laid upon me when I had first seen Yo La Tengo four years prior.

With a slew of instruments on stage, it was all but a common occurence to see each member cycle around and play a little bit of everything throughout the set. A couple of songs in, Kaplan decided to address the crowd and talk for a bit, reflecting on how Yo La Tengo had stayed together for such a long time. He thought of a time where he was reading a review for the current tour that they’re on, and how the review mentioned that Yo La Tengo went straight into the set without asking how the crowd was doing at that time. After considering that they wouldn’t want to ask such a question if they didn’t really care much for an answer, the conclusion came that “well, we don’t really care about how you’re doing, but we’re very glad that you came out tonight!”. An honest answer which brought a good amount of laughter from the crowd. Throughout the set, the crowd was incredibly engaged cheering quite heavily between songs (and even during if there was a soft break in the middle). After playing a set with new and old tracks alike, Yo La Tengo sent us out for intermission before completing the rest of the set. Upon returning, we were greeted with the noisier side of Yo La Tengo, ramping up with a feedback heavy interlude before going straight into “Sugarcube.” From this point onwards, the set mainly covered older tracks until finishing with the spectacular “Pass the Hatchet, I think I’m Goodkind” featuring Kaplan knocking a guitar way out of tune, swinging it around to pull some gnarly tones before setting it down on the amp to feedback, and picking up another guitar to finish out the song.

While this convinced me that there wouldn’t be an encore following, Yo La Tengo did pop right out for a few more songs. After delivering what may have been the most modest, yet partisan political message that I could ever expect from a band, Yo La Tengo went straight into a cover of “Nuclear War” by Sun Ra. In consideration of the show that was happening the next night at Granada, Yo La Tengo ended their set with a cover of a Todd Rundgren song with Hubley on vocals. For fans of Yo La Tengo, and even people who are familiar, I couldn’t recommend seeing them live enough. They’re fantastic at covering songs throughout their extensive discography to the best of their ability (they don’t quite have the luxury that groups like Guided By Voices does of making a lot of short songs), and they perform them quite well when compared to the studio version. When I had seen them four years ago, Yo La Tengo quickly became one of my favorite shows that I had seen live, and this set had simply cemented them as a fantastic band to see live.