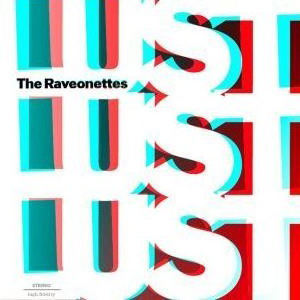 Their first track, “Aly, walk with me,” starts off with Big Beat inspirations and drones on with lulling guitar fills and riffs. Their harmonies are still reminiscent of simple early pop songs. That is a good thing about this song. The track is, albeit, a bit longer than it should but needs the extra length for the spectacular last minute of insane noise feedback.

“Hallucinations” breaks the monotony with another type of monotony. The song drives in the surf rock of early JMC, but could be contrasted to some recent Magnetic Fields, but the Magnetic Fields make it sound more interesting, catchy, and fun. The gradual build up from the beginning to end just ends up disappointing and lacking the first tracks bombastic noise explosion.

And to be honest… when the next track, “Lust,” played, I thought I was listening to “Aly, walk with me” again. But it wasn’t even as good, at ALL. By this point, I was so let down by “Lust” that I was scared of the next track’s title, “Dead sound,” which didn’t sound too promising. There was some redemption with Dead sound which has more pleasant vocals and an upbeat tempo. The drop offs in the chorus and return to noise for the verses were a welcome change of format. Plus, with sweet lyrics like, “I used to take you on every time/ that sparkle turned to black/ I used to drag you through my
streets/ when you came crawling back,” how could you not love the hopeful message?

“Black satin” is more Pyschocandy?era JMC. They do have better vocal harmonies than JMC but lack their originality and energy in this song. It sounds like an extension of 1985 without any updates.

“Blush” does welcome in more feverish drumming and aggressive guitars. Its a great breath of change. The chorus is sung with more earnest vocals than earlier tracks on the album. With lyrics like, “I can’t keep you/ I can’t help you die,” you can’t help but sing with sincerity.

But alas, the next song “Expelled from love” begins with a great big bang but drags on with bored vocals, guitars, and no drumming. When a band gets tired of their own sound in the middle of a CD, something is wrong.

“You want the candy” makes more and more references to JMC but does it well with great vocal harmonies and tempo changes. “Blitz” gives you that heavily distorted rock?a?billy riff that makes reference to their golden age rock influences; but nicely updates it with battling guitar riffs and surprising solos.

“Sad transmission” is a surprising little song that has great potential. They use the same guitar riffs and sounds as earlier but its done over a peculiar foot/hand stomp drum beat that has a much cleaner snare and contrasts the heavily echoed guitars. Then “With my eyes closed,” The Raveonettes surprise us more with a desperately needed change of tempo and pace with break-beat drumming and lightly strummed guitars. It is sung with a sweet vocal presence and has qualities of sweet puppy love song.

The album closes with, “The best dies.” It is a very obvious and ambitious song title for an album with some rocky roads. It stumbles on with what made those roads rocky earlier but manages to incorporate the unique sounds and harmonies of the latter part of the album. It has swan song qualities and is a sweet send off for forty minutes of patience. “Lust Lust Lust” has some great songs on it, but still does not manage to help The Raveonettes find their own niche. With a good seven plus years into their careers, one would hope they found it by now.