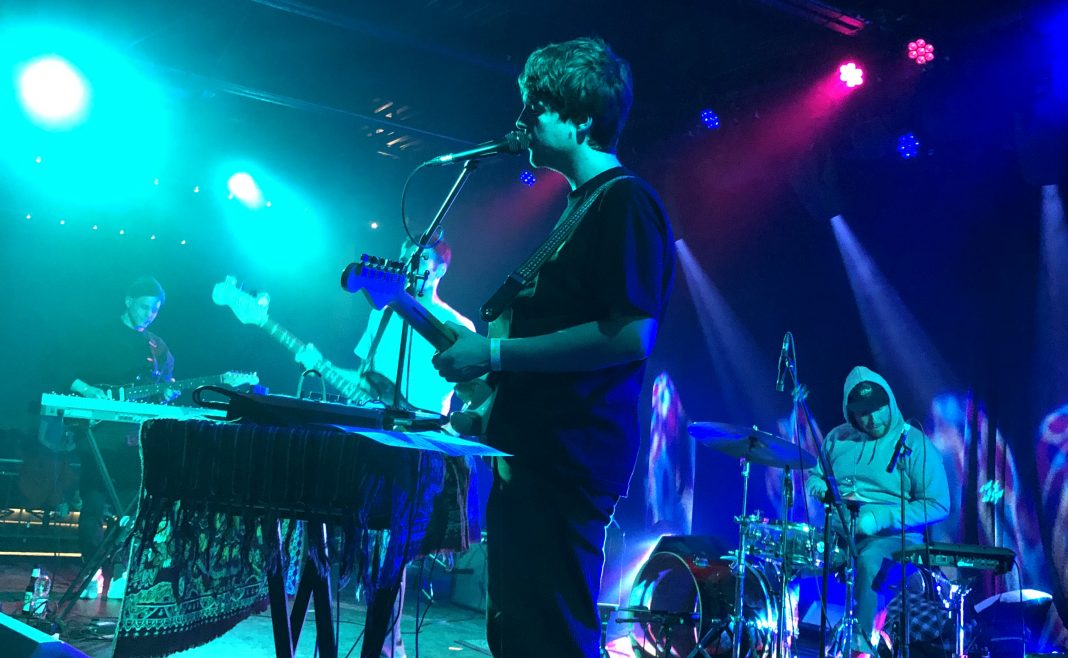 Montreal has become one of the most bohemian and hippiest towns in the entirety of North America. Walk around any block in the city and you can feel the vibes of the stylish people walking through the city, without the slightest care of what people think about them through the confident strides the citizens of Montreal all seem to have. Yves Jarvis and Homeshake capture this persona the city of Montreal encapsulates through the sound of their music and the moods of the crowd.

On a recent trip to Montreal,  I was able to attend a concert featuring these two artists. The opening act was Yves Jarvis, a local artist that has just released a phenomenal new album titled The Same But By Different Means that was released this month, March 2019. Listening and watching a Yves Jarvis concert is like a therapeutic session that just purifies your soul. Just the physical look of the artist relaxes the viewer, his big basquiat-esque hairstyle combined with monk-like robes, already has this aura.

It is then enhanced by his smooth voice combined with field recordings of birds chirping and nature sounds that were recorded from outside the window of his house. Yves Jarvis really has a way of reaching the audience and is one of the most exciting artists in the music industry today. The main act for the show was Homeshake, another Montreal based musician, and is one of the biggest indie acts today. Every indie kid wearing high water pants with old skool vans has a Homeshake song on their Spotify playlist. I have never really caught onto Homeshake, but his music does sound a lot better live than recorded. Theatre Fairmount, where the concert took place, really magnifies Homeshake’s music, the theatre is very wide and has elevated lounges giving this 1960’s beatnik lounge design. That really captures what Homeshake’s music sounds like. His very soft and relaxed tones combined with his twangy guitars and sensual chord progressions mixes well with the smoke filled air of the already very trouble free crowd.

The music of Homeshake really allows the crowd to move in unison like a moving wave, whenever the drums and bass drop you can look across the crowd and see heads bop and hips pop in unison to the very R&B influenced music that is Homeshake. In front of me young couples are dancing together in rhythm on the center floor, to my right I can see groups of friends leaned back and eased out bobbing their heads and inhaling their cigarette smoke very stylishly to the music, and to my left I see people standing and leaned onto the walls looking effortlessly relaxed enjoying the Montrealer’s easy going music on this insanely cold Wednesday night. Montreal is one of the last few cities that has not yet been fully captured by the gentrification and yuppie culture that so many other artistic cities have fallen to. Yves Jarvis and Homeshake’s warm and healing performances captured the free will and carefree mindset in which Montreal proudly manifests on a rather contradicting cold and lonely Wednesday night. 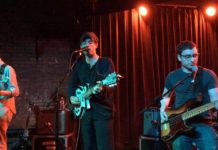