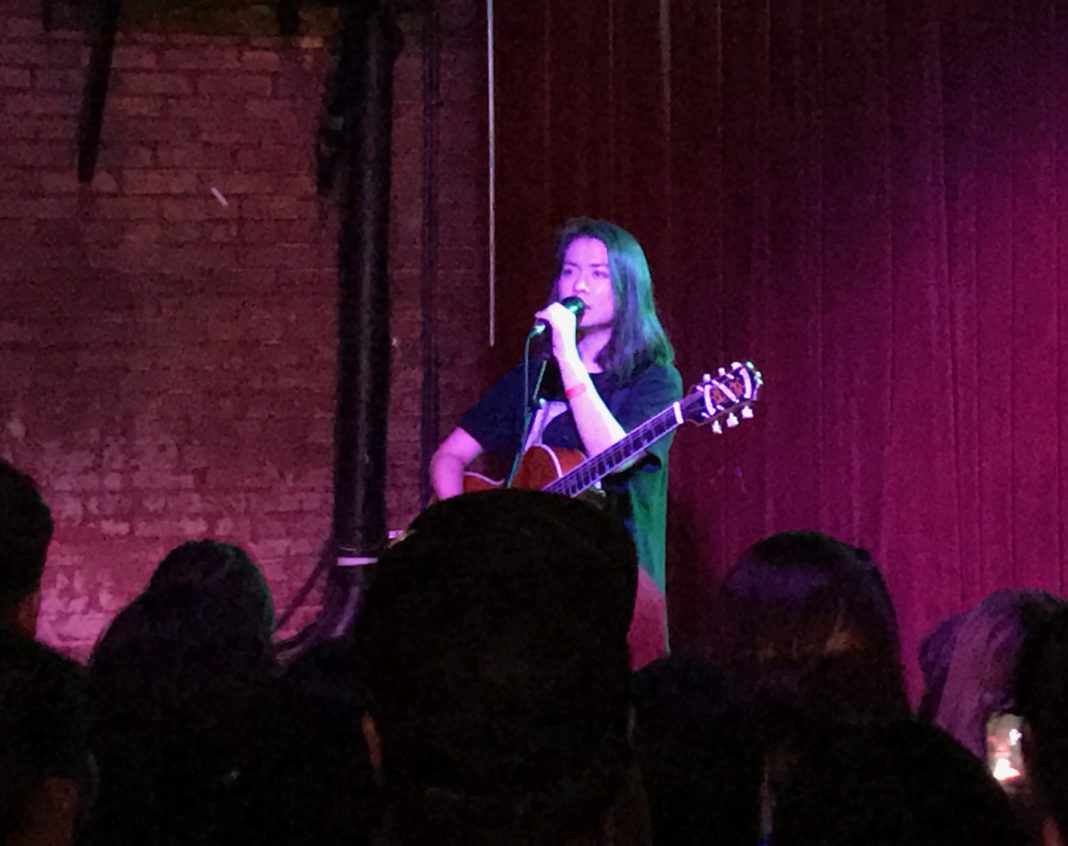 Jesika opened the floor with some mellow bedroom pop indie. Her set was short and sweet. The crowd formed an early, impenetrable three row perimeter to the front of the small stage. They were engaged and stalwart throughout the night.

The bathroom door didn’t lock at Club Dada so I took several trips to Off The Record next door to use their restroom. While I was heading back from the can during one of those trips, I caught a glimpse of Helado Negro’s featured on-stage dancers, the Tinsel Mammals, as he was guiding them to the stage. (From Helado’s website: “The Tinsel Mammals are choreographed costumed humans that perform during Helado Negro performances.”)

Helado and the Tinsel Mammals in their shiny (tinsel) outfits put on a bass-heavy set. It vibrated the entire space and brought out the groove in everyone. His electric performance was worth witnessing live, it is arguably the best way to listen to his music.

Mitski took the stage with nothing but her guitar and that’s all she needed. The acoustic set contained songs from Bury Me at Makeout Creek as well as her latest record Puberty 2. She serenaded the crowd uninterrupted for 40 minutes or so, never losing our attention, each number better than before.

The show felt special, living up to its title. Mitski and company put on an intimate, warm performance for a crowd that was eager for comfort.