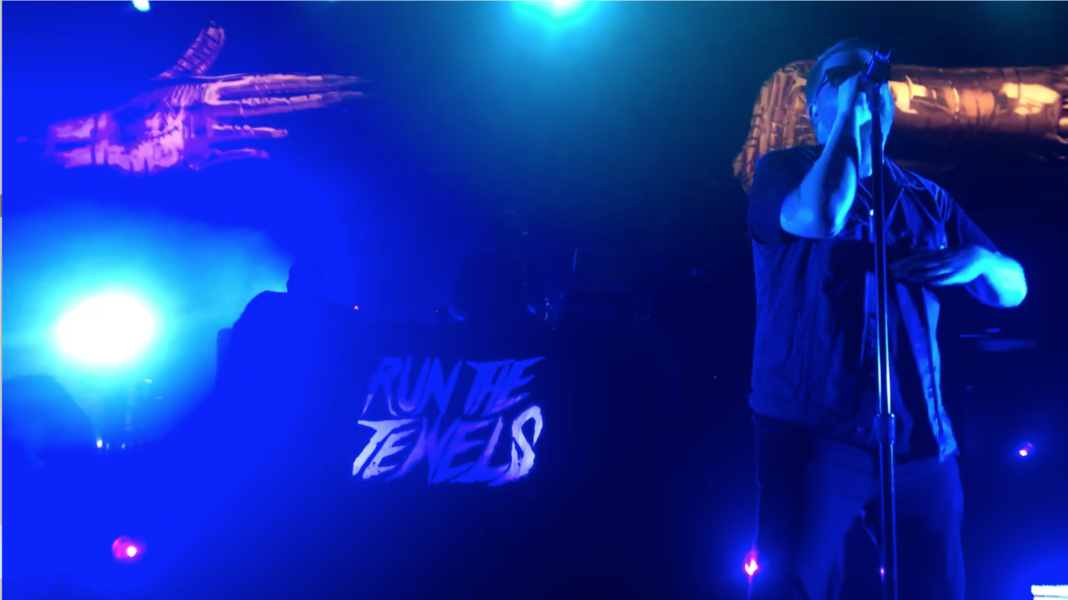 Bringing down a stacked lineup from ACL spanning a wide variety of rapping styles, Run the Jewels delivered a solid performance at South Side Ballroom. Though the crowd became restless, the concert ultimately delivered a solid, uplifting experience thanks to the undeniable dynamic of the headliner.

Cuz Lightyear opened the night with a stripped-down, casual performance. In between performances highlighting the best from 2016’s CUZ and recent release WHAT UP CUZ, Lightyear used the second album’s title as a sing-song refrain to slowly reel in the crowd. The mantra served to rhythmically stoke the Ballroom’s energy as the call-and-response of “What up, Cuz?” grew louder and more involved between each track. This energy escalated into climax during “Pots N Pans” as Lightyear brought Killer Mike out on the stage to uphold his end of the collab track, eliciting a roar from the crowd . Ending his set with a heartfelt freestyle for a recently deceased friend, Cuz deftly avoided any emotional whiplash with a calm and intimate stage demeanor that closed out a strong opening.

No comedown could be found in Denzel Curry’s set, however. Entering fully shrouded in a hoodie, Curry quickly dropped any facade of tranquility by launching directly into a ferocious performance of “Ultimate.” The crowd responded in kind, as heads began to whip to a continuous stream of hits from 2016 full-length Imperial. Denzel fed upon the Ballroom’s energy, ricocheting across the stage as he gave everything to the mic in what ultimately constituted the night’s most aggressive, raw performance.

Danny Brown did his best to build upon the palpable, frenetic energy with a tracklist centered heavily on his critically-acclaimed latest Atrocity Exhibition. Arriving on stage to the thundering guitars of “Iron Man,” Brown made the logical leap into the easygoing “Die Like A Rockstar,” addressing the crowd directly with his unique vocals. Though more reserved than Curry’s all-out performance, Brown slowly built to a climax as the average tempo ramped up gradually across hits from XXX, Old, and Exhibition. Reaching a pinnacle with the discordant “Ain’t It Funny,” Danny spit verses at a breakneck pace as he rebounded from stage left to right, stopping only to to capture the crowd’s guttural shouting of the chorus in the mic. The energy of the three sets had driven the Ballroom to a frenzy, as a fistfight erupted in the middle of the venue. This in no way phased Brown, who eased through a calmer set with more laid-back selections before exiting to rapturous applause.

A nervous liveliness hung over the crowd as DJ Trackstar began laying the groundwork for the headliners’ entrance. Any fears of further rowdiness were quickly dispelled as soon as Killer Mike and El-P took the stage, however – following a bombastic entrance to “We Are the Champions,” the duo immediately enraptured the audience with a kinetic performance of RTJ3 opener, “Talk to Me.” From this point on, the crowd was completely under Run the Jewel’s command as the Ballroom moved in lockstep to El-P’s commanding synths and thundering beats. Sashaying effortlessly from fan favorite bangers such as “Blockbuster Night” to more soulful downtempo tracks like “Down.” The setlist delivered not only crowd favorites, but deeper cuts and surprises as well; RTJ1 standouts “Gold Chain” and “Sea Legs” marked just how far the duo has risen since their 2014 debut, and a surprise appearance by collaborator BOOTS on the entrancing “2100” marked a highlight of the night.

The excellent music made only half the show, however. As any experienced RTJ fan can tell you, though, half of the act’s appeal lies in the dynamic Killer Mike and El-P have built in their three short years together. Between regaling the crowd about where their planned gift of weed went (El-P smoked it all) or ribbing each other over their respective attempts at fine poetry, it’s clear that Killer Mike and El Producto have built not only a sterling collaboration, but a true friendship as well. Whether trading verses or bursting into laughter after accidentally running into each other on stage, the genuine dynamic the performers share enriched the set with an authenticity few other artists can claim. This communal vibe didn’t stop with the artists, though – all the Jewel Runners in the crowd moved in perfect unison, sharing both lyrics and fist bumps with the duo on stage. No less than four blunts made their way between RTJ and the crowd during the hour-long set, in what amounted to one of the most genuine and engaging concerts Dallas has likely experienced all year.

Though rough at points, the overall experience at South Side proved to be a solid showing on all fronts of rap enjoyed by all. Closing out with an impassioned encore performance of “Angel Duster,” RTJ couldn’t help but smile as they promised to be back soon, the crowd chanting their name in perfect unison. Knowing the duo, this was more of a guarantee than a promise, and one anyone in Dallas would be sorry to miss out on a second time around.