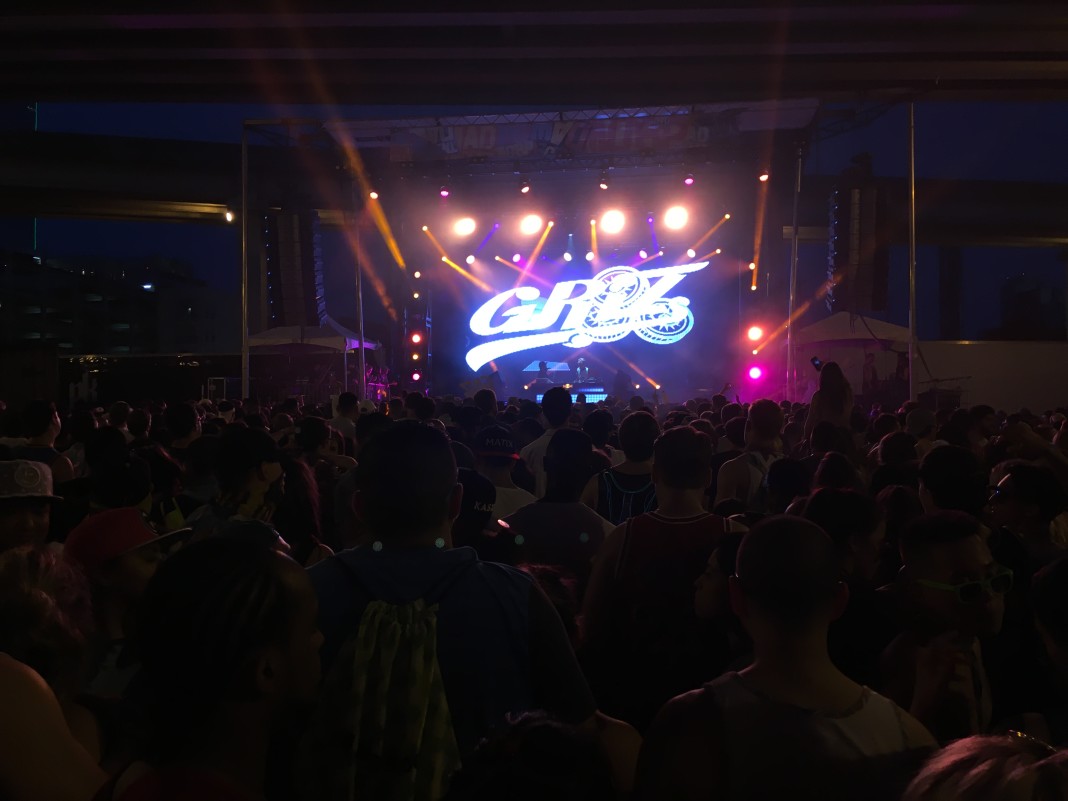 Rain or thunder can be dangerous, but that did not slow things down Friday night at Diplo’s highly anticipated yearly event, Mad Decent Block Party.  The expectations for this show are always high for EDM fans and they surely were not disappointed. The Mad Decent Block Party featured the artist Kaskade, Griz, Keys N Krates, NGHTMRE, D.R.A.M, Nina Las Vegas, Unlike Pluto and Ricky Remedy. Initially when I walked onto concert grounds the first thing I oticed was a mass amount of people lost in the music and turnt all the way up. This was my first time an EDM festival of some sort, so it was definitely an interesting experience. A lot of people were wearing very exotic outfits, had water bottle backpacks which basically told me everything I needed to know. Everyone is here to party and have a good time.

The artist that captured the most crowd response were of course the three headliners Keys N Krates, Griz, and Kaskade. Keys N Krates and Griz both displayed a strong sense of musicianship during their performances. It was truly infatuating to see musicianship displayed within a semi-heavy EDM set.