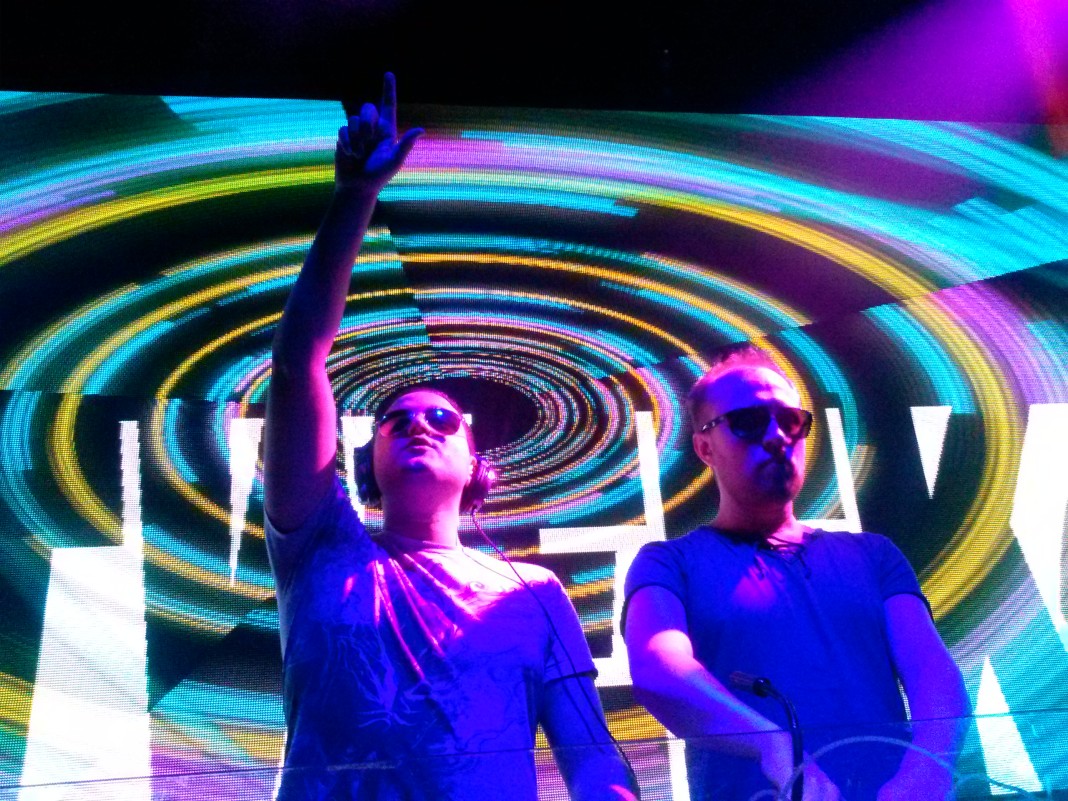 Among all the sleep and relaxation that comes with spring break I was sure to get my fair share of partying to see off another spring break. This party was in the form of seeing the Norwegian Hardstyle duo Da Tweekaz, performing live at The Lizard Lounge as part of their “#Tweekay16” tour. This venue has host to many of the Hardstyle and EDM acts that come through Dallas so it was no surprise to see this duo performing at the venue. Ever since I heard the news they would be playing in Dallas, my excitement rose, since this is one of my favorite artists and I have been wanting to see them live for the longest time, and boy did they not disappoint. The Norwegian duo consisting of Kenth Kvien and Marcus Nordli were set to perform at 12:30am, I arrived an hour earlier to catch up with the usual friends and fans I have come to know from going to events. Taking my place in front of the DJ booth I patiently waited with other eager fans for the main act to come on enjoying the opening DJ while we waited. Once taking the stage the crowd erupted in cheers for the duo that were setting up to perform. First off, it must be stated that of all the Hardstyle sets I have heard live this was one of my personal favorites. They started the set with Hardstyle playing songs like “Break The Spell”, “Hewwego”, “#tweekay14 (DQ15 edit)”, “Lost in Paradise”, and “Burn.” They then ended their set with quite a few Hardcore and Terrorcore tracks like Evil Activities old 2008 classic, “Never Fall Asleep”, and Art of Fighters’ Dominator 2011 Anthem, “Nirvana of Noise.” Such a great mix of old and new songs I have always wanted to hear live as well as the twist and attitude Da Tweekaz bring to them. One of the things I have to admire about the performance was how animated the two of them were during their set, getting really into the songs that were playing and encouraging the crowd. Toward the end of their performance they even had custom made rubber ducks with “#Tweekay16” printed on them that they threw out to the crowd while playing the Chicken Dance song. After the end of their set they were more than happy to sit down with fans to chat or take a picture and give an autograph. So many fans came up to them to show their appreciation and get a picture to remember the moment. It was a great experience and I hope to see them come back sometime soon because it was an amazing event and I would love to see more performances by them in Dallas.