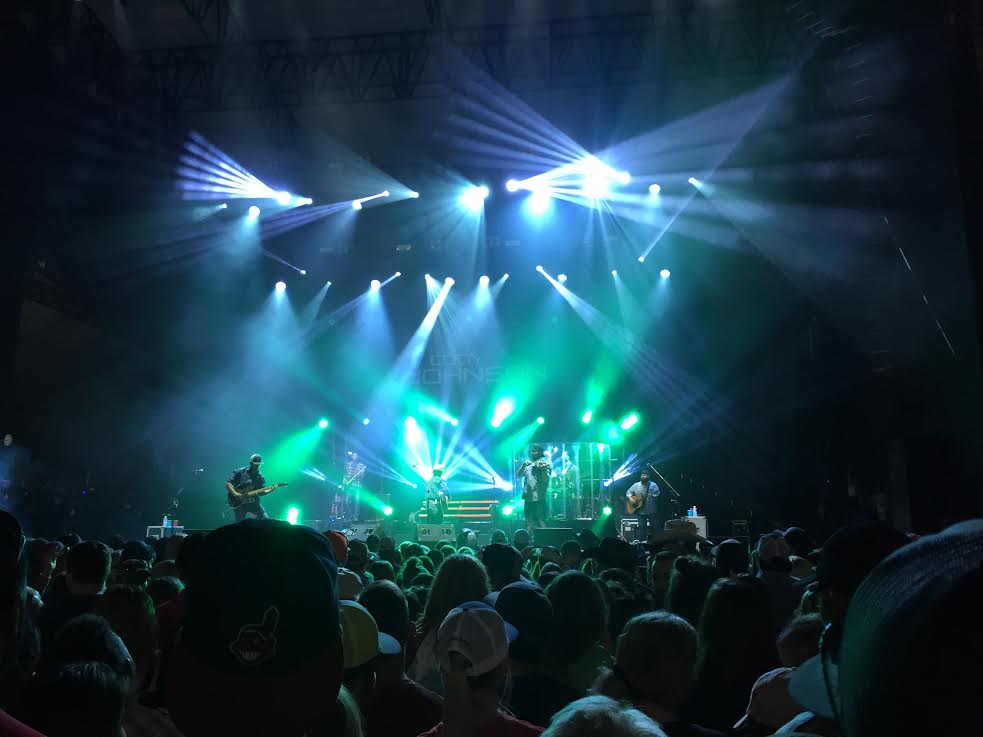 The smell of fried fair food and cigarette smoke filled the air while concerts goers entered the standing area with a sea of pearl snaps, Ariat boots, and colorful ball caps. Cody Johnson sang into the mic; his voice carried all the way to the livestock arena as he opened the concert with “Ride With Me.”  With the stature of a man riddled with true country attributes, Johnson performed under the shine of over fifty lights and in the eyes of hundreds of fans traveling as far as Oklahoma to see him play at the State Fair of Texas. You never would’ve guessed he had broken his left hand earlier that week while trail riding a bull at the Tejas Vaqueros rodeo and livestock event. Yet he still stood, guitar in hand, ready to serenade the victorious OU and sullen Texas fans into a beer infused group chant of Red Dirt lyrics.

Cody Johnson continued his set list with “Dance Her Home,” another chart topping song from an earlier album. He was able to engage his audience by leaving songs open to be sung along with. While artists generally have a hard time producing a crowd knowledgeable enough with song lyrics to induce a sing along, Johnson was overpowered at some points with the youthful voices of his listeners. He showcased music from his newest album Gotta Be Me including “Grass Stains,” “The Only One I Know (Cowboy Life),” and the title track that climbed to #2 on the Texas Country Billboards, “Gotta Be Me.” With each song played, the drunken crowd mixed with college football fans, country folk, and admitted fair patrons hoping to attend the free concert series began to sing louder and two-step harder.

As the night progressed, Johnson opened up more with his audience and called for a salute to law enforcement officers, fire fighters, and both active duty and veterans of the United States Military. Although rowdy guests began to chant “screw Black Lives Matter” along with other expletives, Johnson dissuaded the crowd from that thought process with the promotion of peace among all professions, races, genders, and classifications alike. He made note of the national tragedy that took place right down the road from Fair Park on Ross Avenue over the summer as 5 police officers were slain in an act of profession discrimination. He pushed to remember the lives lost as opposed to pushing for a cause between either Blue Lives Matter or Black Lives Matter. To finish the patriotic curtain call, he finished up with “Give a Cowboy A Kiss,” another well-awaited song of the set list to calm the flustered, passionate nerves in the viewing area.

With turkey legs held high as makeshift concert lighters, Cody Johnson finished his performance on the Chevrolet Stage with a befitting crowd that was as enjoyable to watch as the performer himself. The environment rang of pride not only between the two groups of colleges present but between American’s and what they note as true country music. 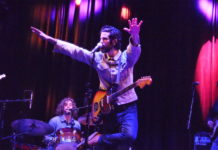