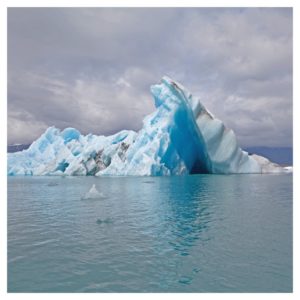 Surfer Blood’s newest album comes in the midst of tragedy. The death of guitarist Thomas Fekete last year has made an impact on the band. Despite the somber mood that one might assume to come out of this album, the album maintains a positive and upbeat tone and continues it’s Indie Pop/Surfer Pop persona.

Though no one would be able to blame them if they decided to take another route with the album. On top of this, the band’s bassist has reportedly moved on to Texas. This combination of loss isn’t the forefront on Snowdonia, but some of the song’s lyrics reside in a darker tone amongst an instrumentation of happier timbre. The band was already done recording the album when Fekete died, but these losses have not left the band in shambles according to Snowdonia.

The album doesn’t accomplish much in its short time span, remaining at a constant pace of monotoned vocals with strong guitar influences with minimal drums. Snowdonia isn’t an album that begs to be dissected or mulled over, but a work that settles in its simplicity. Paired with an upbeat tone, Surfer Blood makes light of their situation and music in attempt to clear the clouds and snow. The February release, the glacier album cover, and the album title all evoke feelings of winter days and a cold climate which juxtaposes their sound in a direct way. In reality, the feelings produced seem to line up a lot better with the weather that Texas experiences.

“Frozen” is one of the songs that stand out most on the album, with the ooh-ing background vocals and catchy guitar that runs parallel to the vocals. The guitar tone stays clean, keeping it from overstepping into grungier musicality. “Matter of Time,”preceding release of the album, has much more distinguishable lyrics and is paired nicely with gaps left for guitar solos, also noted on “Instant Doppelgangers.” The sounds is very familiar, not unlike some of the other songs on the album. The end of the song starts it’s instrumental off with some whistling and then fades into a guitar heavy piece though it doesn’t feel too long. There is plenty of variety, changing tone throughout the end and the drums maintaining a constant beat which holds the song together. The album continuously favors its guitar and executes them well.

Overall, this album is a decent one. There isn’t a whole lot that stands out on this album but considering what the band was going through at the time of creation, a lot is put into perspective. It’s a pleasant listen barring any context to the band and Snowdonia‘s release – a casual and simple album that’s short in stature but full in style.