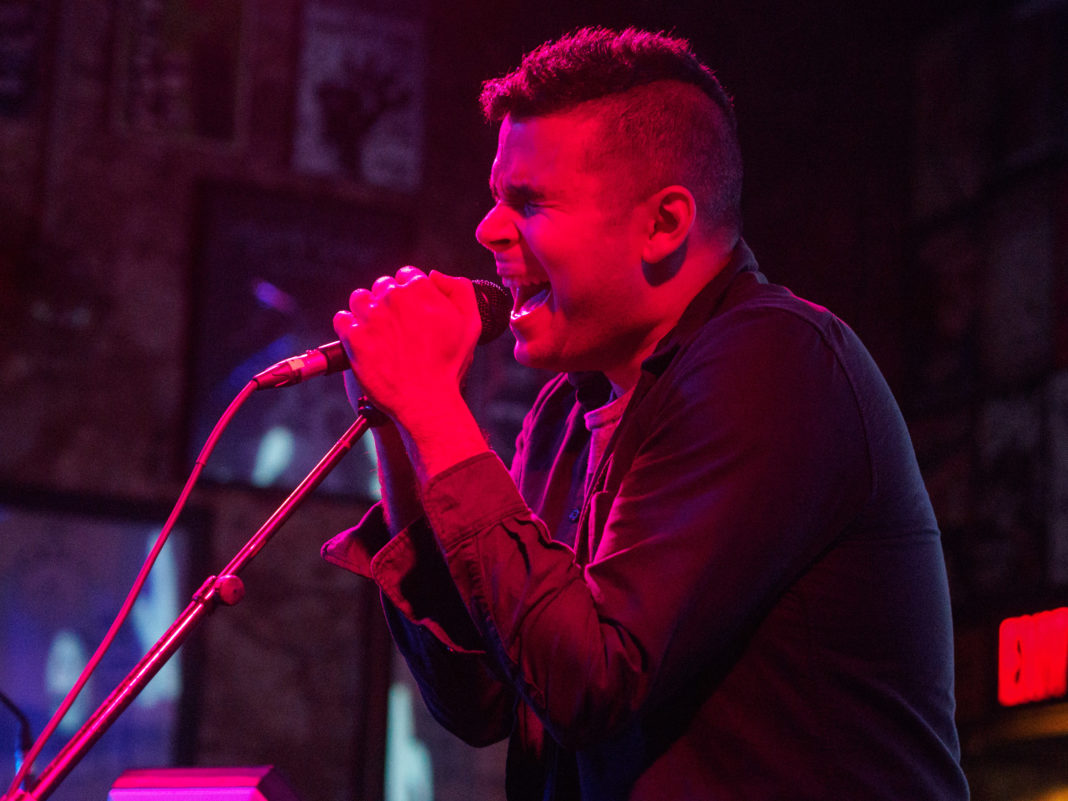 By the time I arrived at Three Links for the sold out Rostam show, the venue was already getting pretty full. Sam Buck took the stage about 10 minutes after with just his guitar, joined by another person with a drum machine and a microphone. Sam Buck’s cowboy hat was a clear indicator of what he sounded like, but he still was not quite what I expected. The best way I can describe him would be country, but with more electronic pop production. I wouldn’t call myself a country fan by any means, but it was an interesting blending of styles.

He thanked the crowd for coming out early to see him, and made jokes throughout his set, creating a relaxed atmosphere. The crowd gave him a loud round of applause as his set came to an end, and the stage crew started setting up for Rostam. After about 30 minutes, he walked on stage, joined by a string quartet consisting of two violins, a viola, and a cello, as well as a drummer. I can’t imagine this show without the strings, they made Half-Life come to life, sounding even better than the studio recording. Of course, Rostam’s voice was just as good in person as well, ultimately proving the talent of everyone on stage.

He started with “Don’t Let It Get To You (Reprise),” before going into “Sumer,” the last and first songs of the project, respectively. The rest of the night he played a wide variety of songs, including his more popular songs like “Wood,” which was simply enchanting to hear, and “Bike Dream,” which quickly got the crowd moving. He also played “It’s Not My Fault (It’s My Fault)” from his 2005 project with Wesley Miles, Discovery. Throughout the show he talked to the crowd and even got us involved, asking us to sing during “Rudy.” At some point he started guessing as to why everyone was there, theorizing everyone had heard it while walking past and decided to wander in, which was met with loud yells saying “it’s sold out!” making it clear that everyone was there specifically for him.

The second half of his set was more melancholic, playing tracks such as the heavy-hearted “Half-Light,” and the more hopeful, optimistic “Gwan,” the latter of which he ended the set with before coming back out for an encore. First, he played a new unreleased track titled “In A River,” which featured a mandolin played by the Violist. He followed that with his cover of “Pink Moon” by Nick Drake, during which he played a harmonica, before ending the night with “Don’t Let It Get To You.” Looking back, I can’t think of a perfect way to experience the album. Three Links is a small, intimate venue, perfect for a personal album such as Half-Light. In addition, the lighting bathed the stage in vibrant blue, magenta, and yellow lighting, matching the color scheme of the album’s cover, adding to the overall ambiance. All of these elements combined with the fact that he had a string quartet up on stage with him created a truly unique experience that will never be forgotten.