Nov. 8th was thankfully not a bone-chilling breezy night – the moon was shining just right on Elm Street where I stood in a long queue to enter the place called Trees. Enthusiastic people in the line were enjoying the light murmur of the road and of course the live music band across the road prepping us all up while we wait to enter. The sophomore phenomenon, Pool Kids, was playing second after Insignificant Other (@insiggybaby on IG).

A happy soul standing behind me in the line explained animatedly how he was waiting for Pool Kids for their new album and was planning to get in their private line for merch! Pool Kids already had its fan base waiting outside patiently to be let in.

Christine’s on-stage presence brings a welcoming refreshing adrenaline rush. Pool kids opened their 40 mins gig with their first song “That’s Physics Baby” from their new album. Instantly well received with contagious energy and evidence of love – there were audience who screeched the song along with the band. Andy on vocals sounds particularly good and in sync. 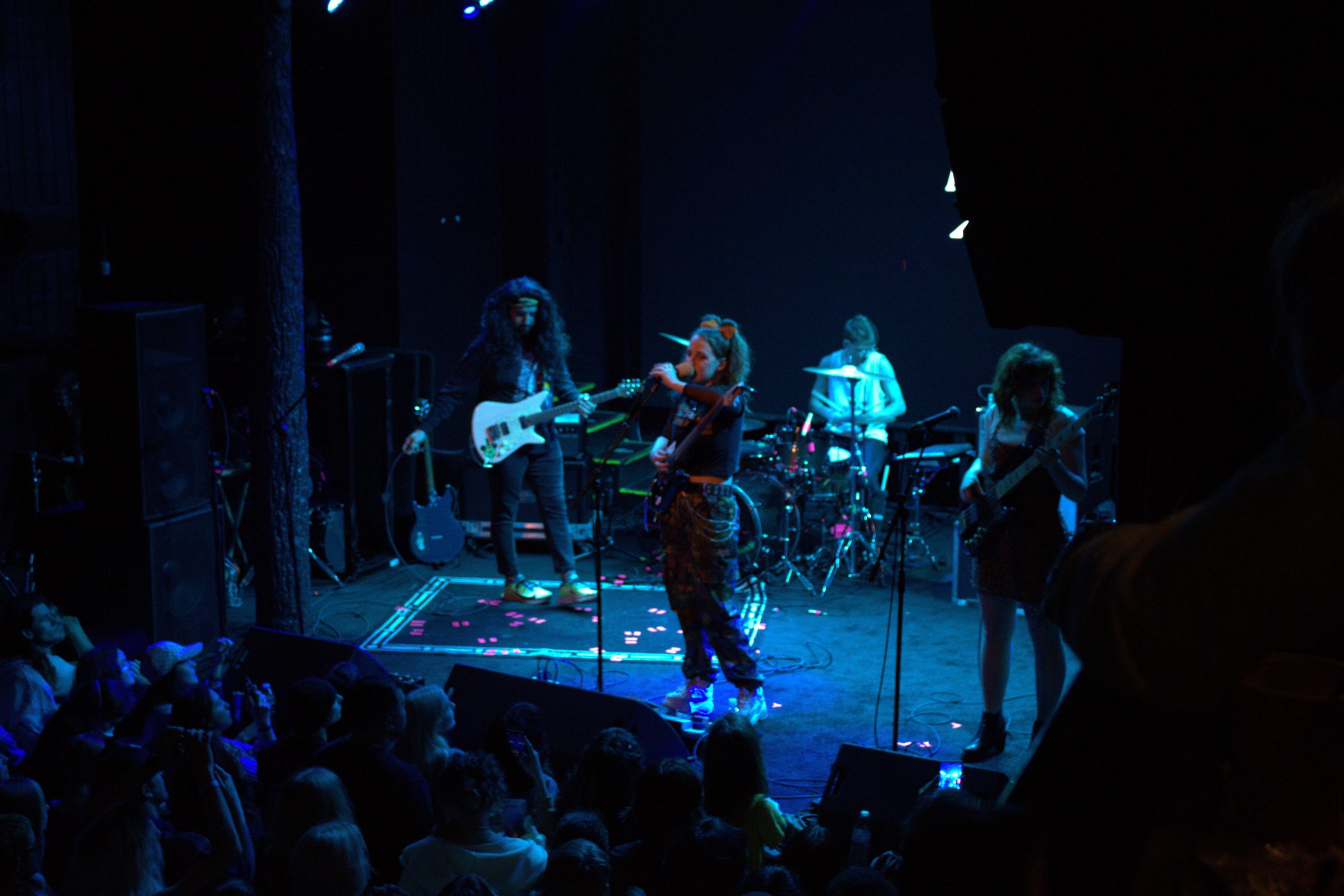 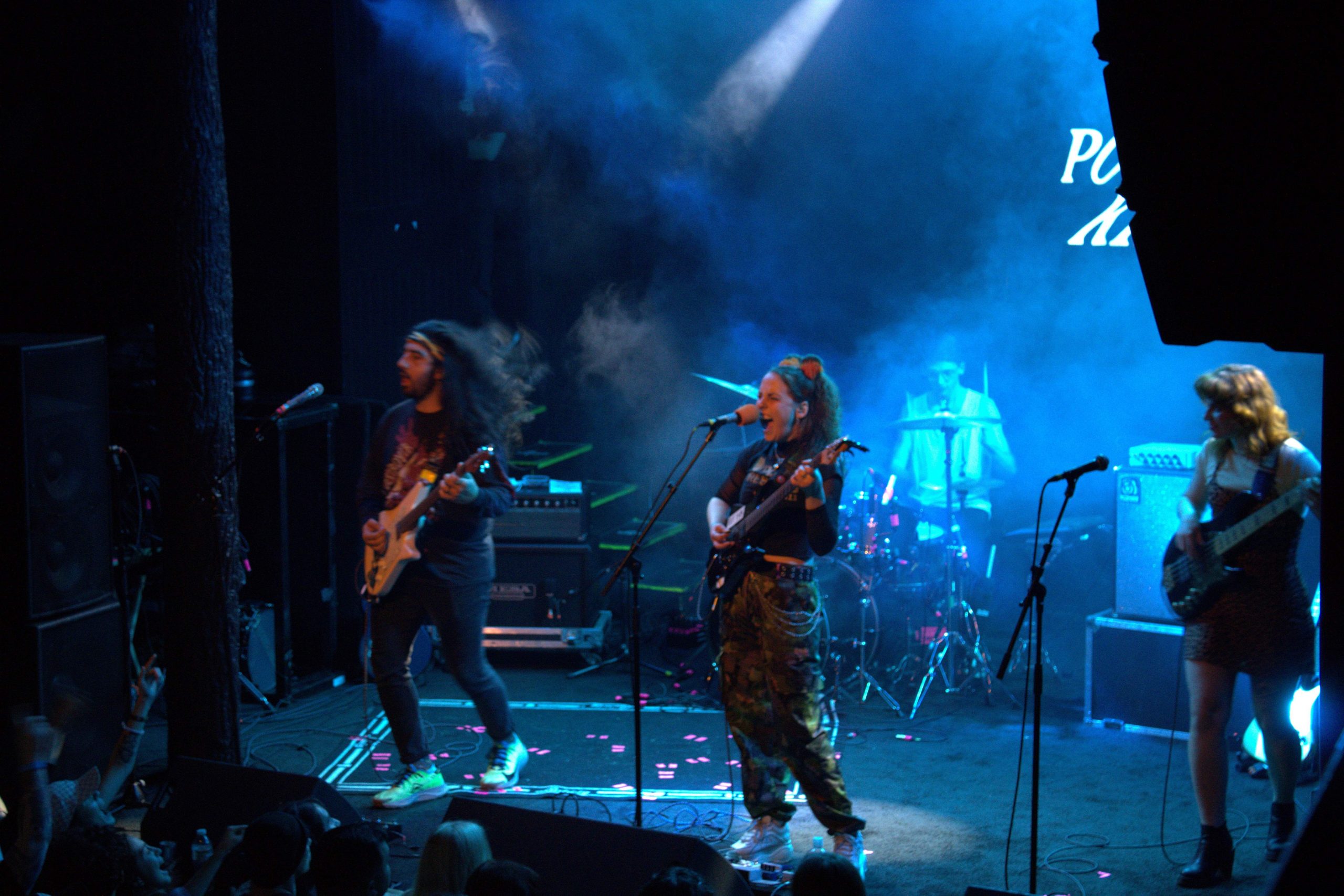 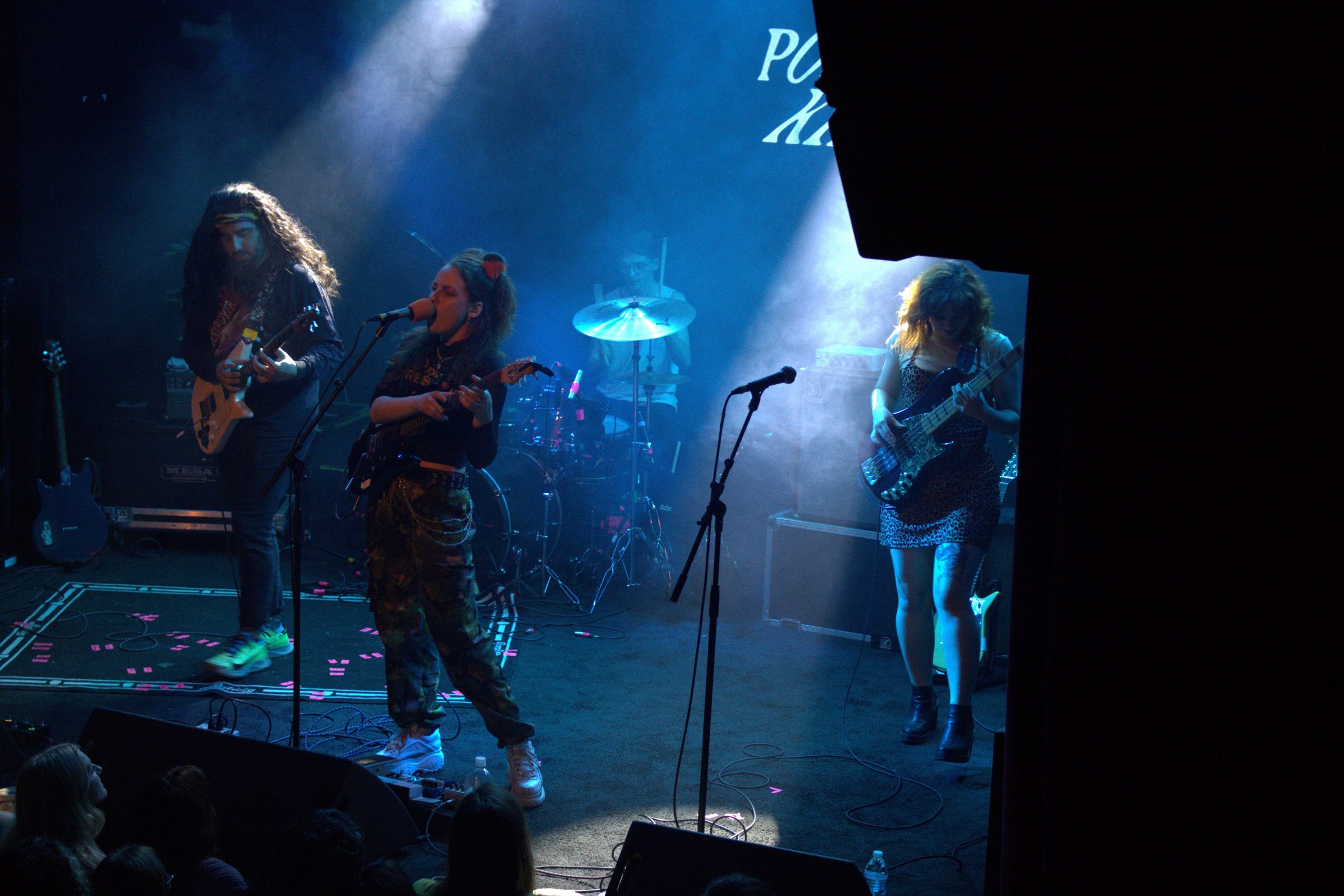 If not for the fans climbing onto the stage and jumping off it to be caught, we could have had more guitar picks being thrown into the crowd for remembrance. Wading through the demographic, one thing was clear – Pool Kids music was here to stay. Its soft rock indie progressions leave a pattern in the mind and every number can be a sing along! 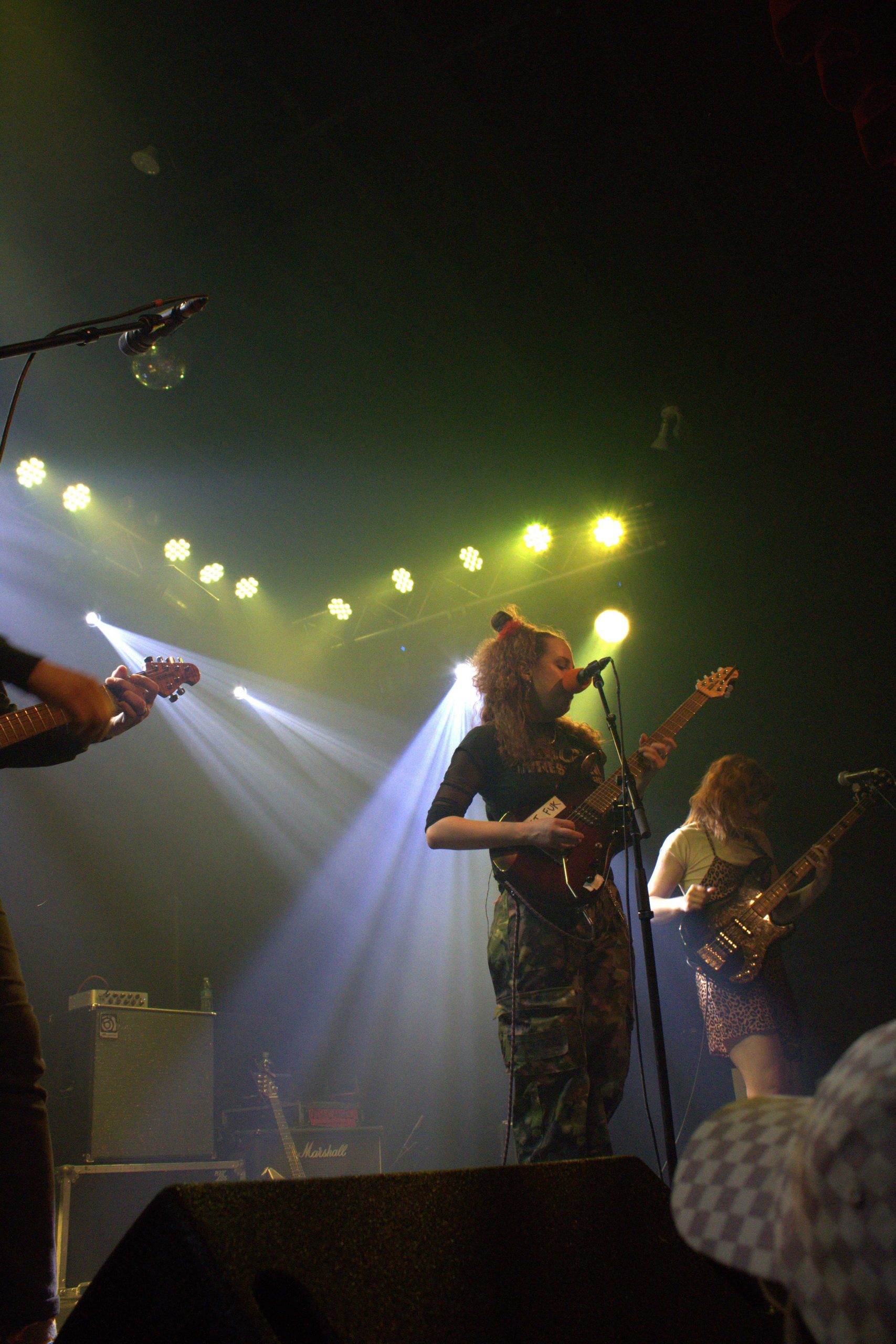 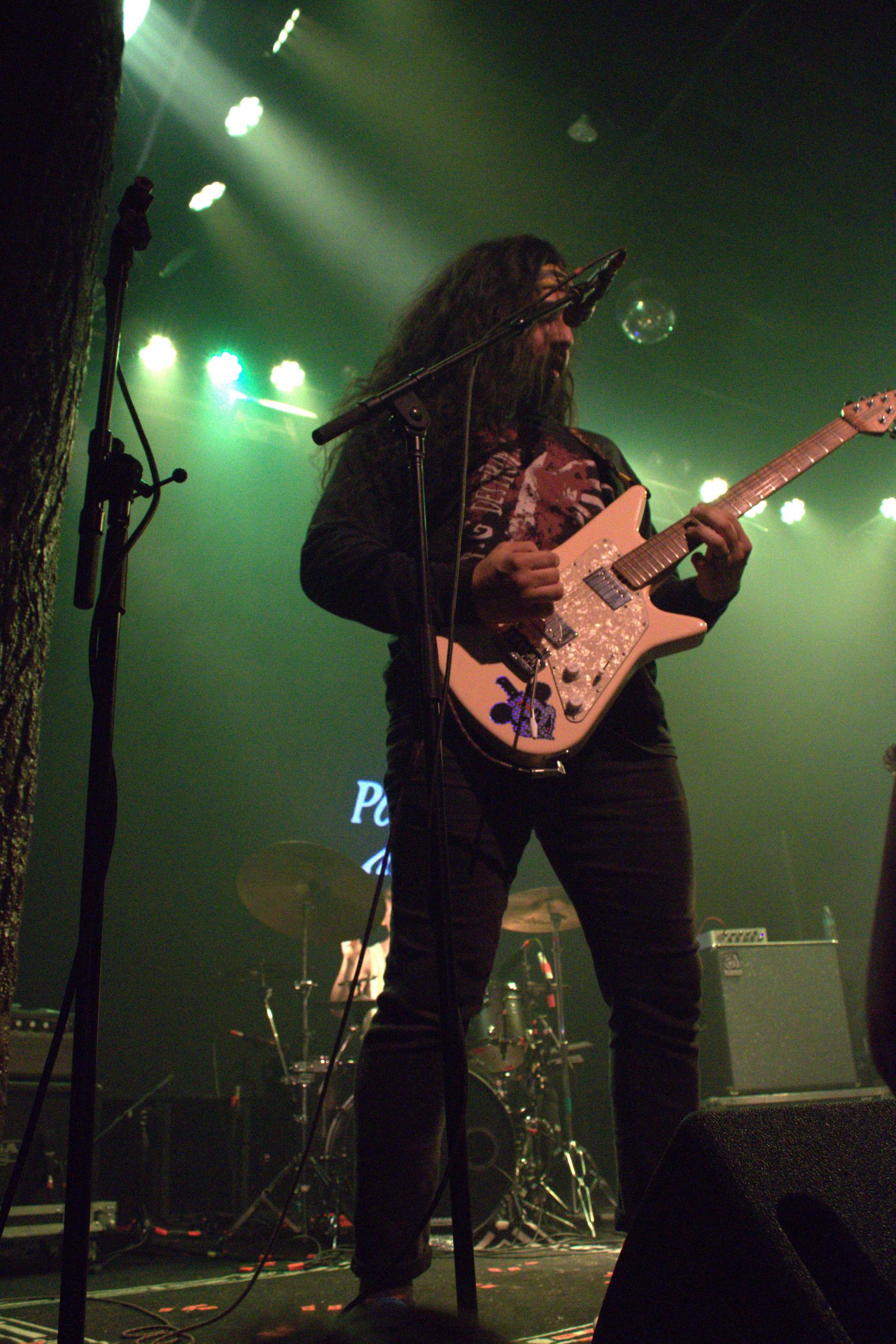 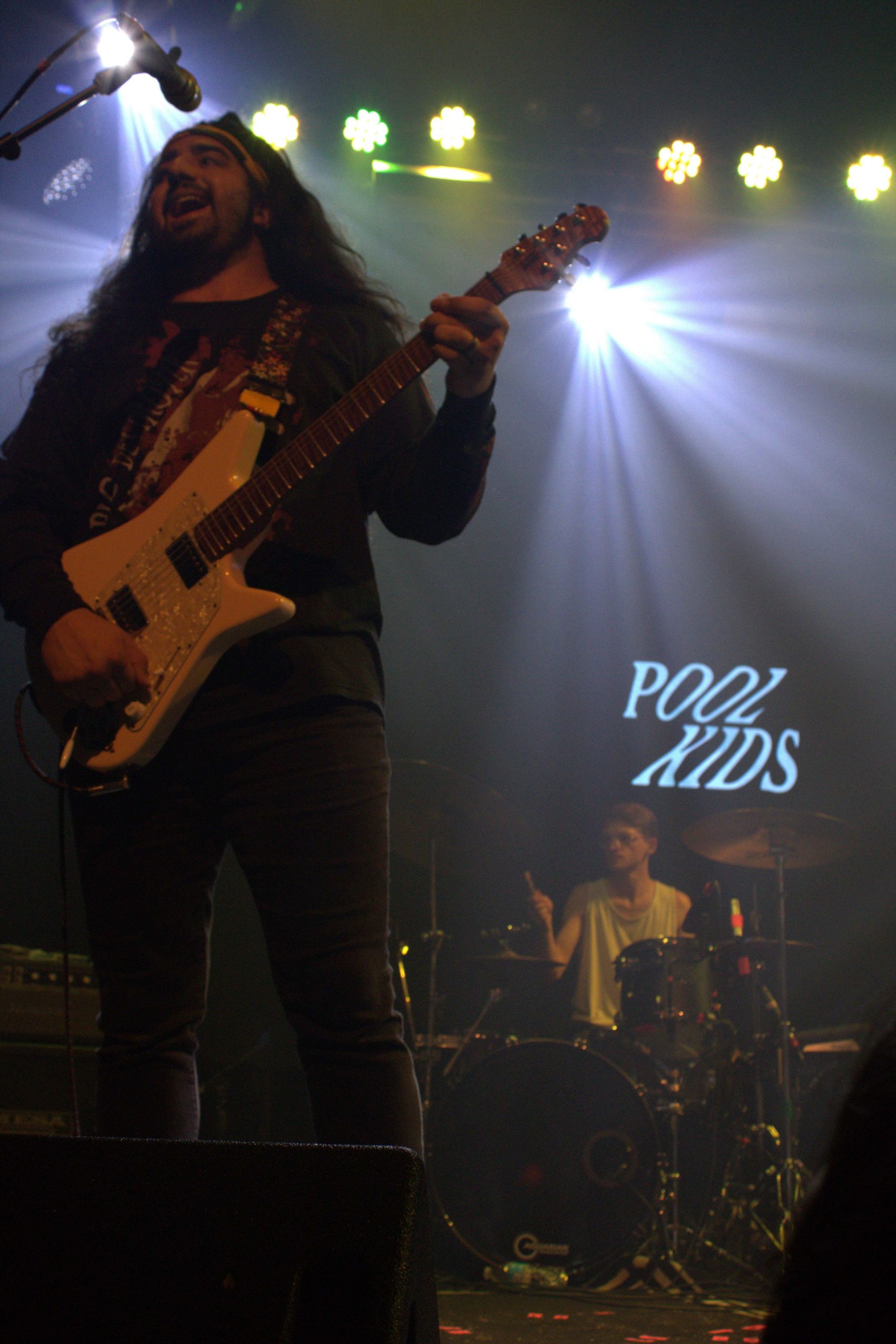 While they played their previous hit number “$5 Subtweet,” a lot more people joined in singing it along with Christine. Their act ended with “I Hope You’re Right” and “Arm’s Length,” both of which had similar soft rock patterns along with very strong vocals hit the right tone every time the hook was sung. A small cameo from the Insignificant Other artists coming up the stage to sing a part of Pool Kids song was heartwarming!  The lyrics are clean and refreshing to hear – testimony was parents with their little kids enjoying the performance from one of the booths at Trees.

Nicolette’s bass alongside Caden’s drumming skills were carrying all the numbers with precision and ease to make the performance tie as beautifully as it did. Above all, the band pool kids have immaculate communication and chemistry that oozes through their performances. Their gig ended with loud requests for the songs the audience knew from their new album Pool Kids.

The sophomore band tours ahead with shows starting in Atlanta with multiple cities ending with a happy Thanksgiving show in Philly. Their adorable merch is out on their website, along with all the information needed.

Pool Kids graduated. Are you ready for what’s next? Its full of energy, kindness, and future. It’s coming for you.