House of Blues Dallas is surrounded by rustic-looking brick buildings and cracked sidewalks, a pretty straightforward walk from the DART station. The venue itself has that same rustic feeling—wood floors, atmospheric lighting, and a distinct smell of popcorn that seemed to be everywhere. The Cambridge Room felt close and intimate to begin with. The crowd was packed in a venue that felt smaller than it was, the kind of throng that, even on the edges, you had to carefully maneuver through. Once the headlining The Greeting Committee was on, it was even more difficult to work through the audience—although the size of the crowd was certainly well-deserved.

Drummer Micah Ritchie and guitarist Noah Spencer, who had opened for the band, were full of confidence, as was bassist Pierce Turcotte, who had a sweet, chill vibe about him. Lead vocalist Addie Sartino brought a kind of bright, zealous energy to the stage. She was so full of movement and life that she was somewhat hard to photograph at times, either because her performance was so charismatic and energy-packed in an honestly jaw-dropping way, or because the camera couldn’t keep up with her. 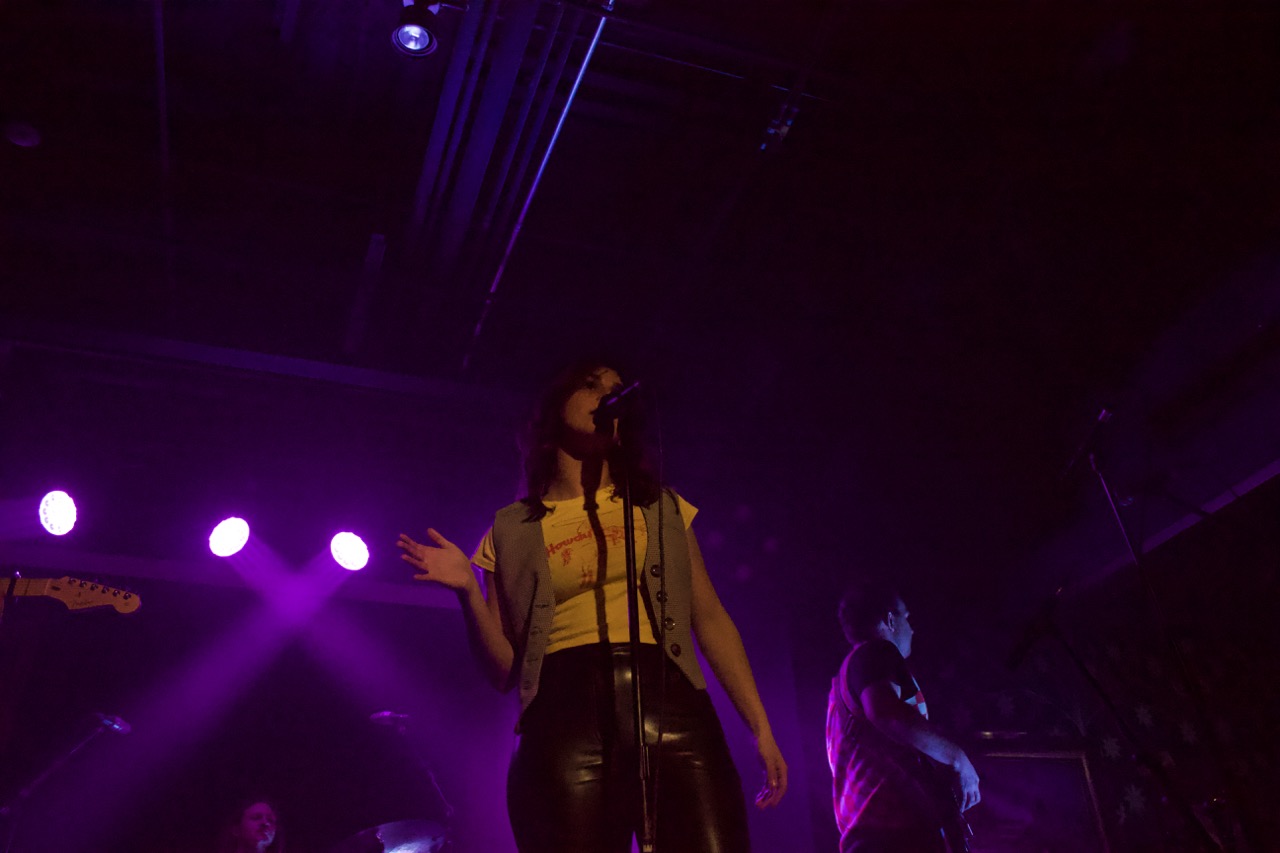 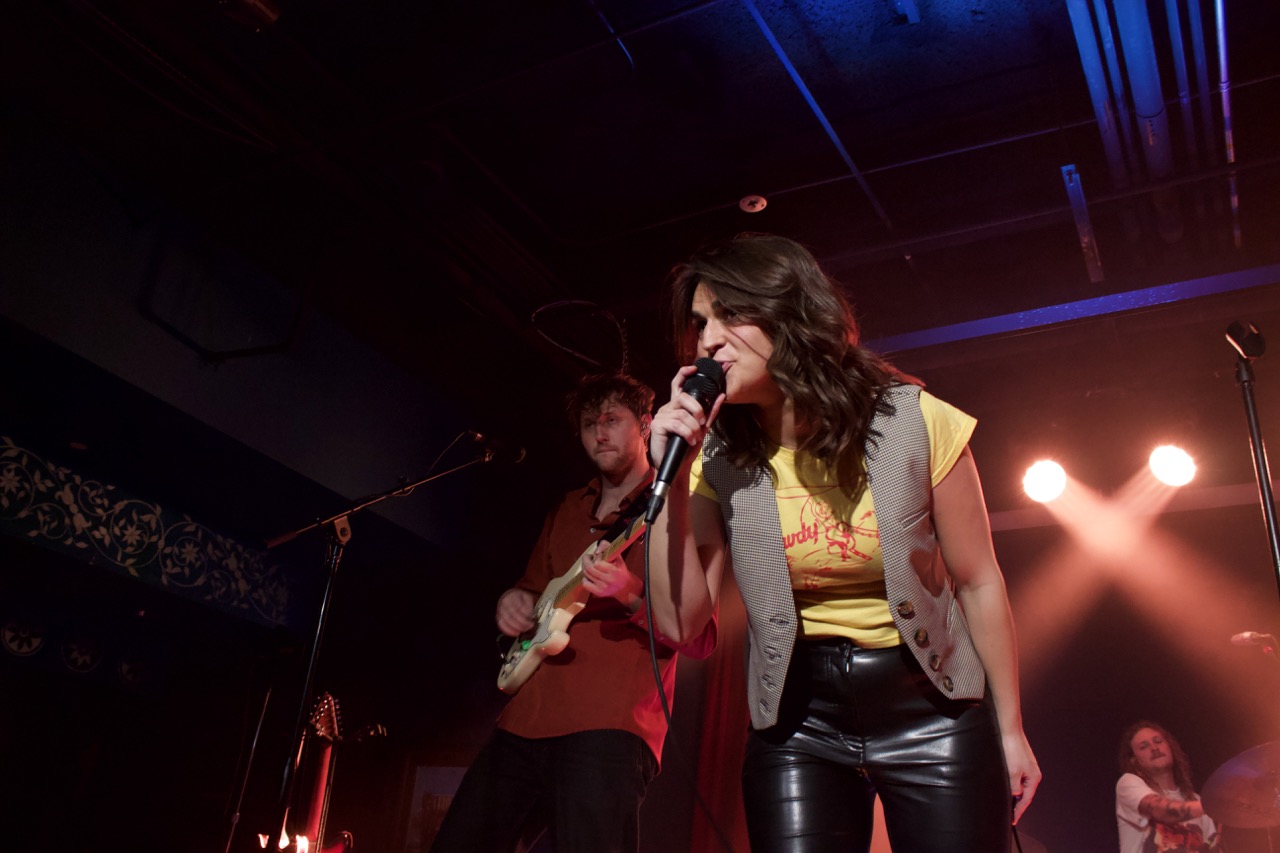 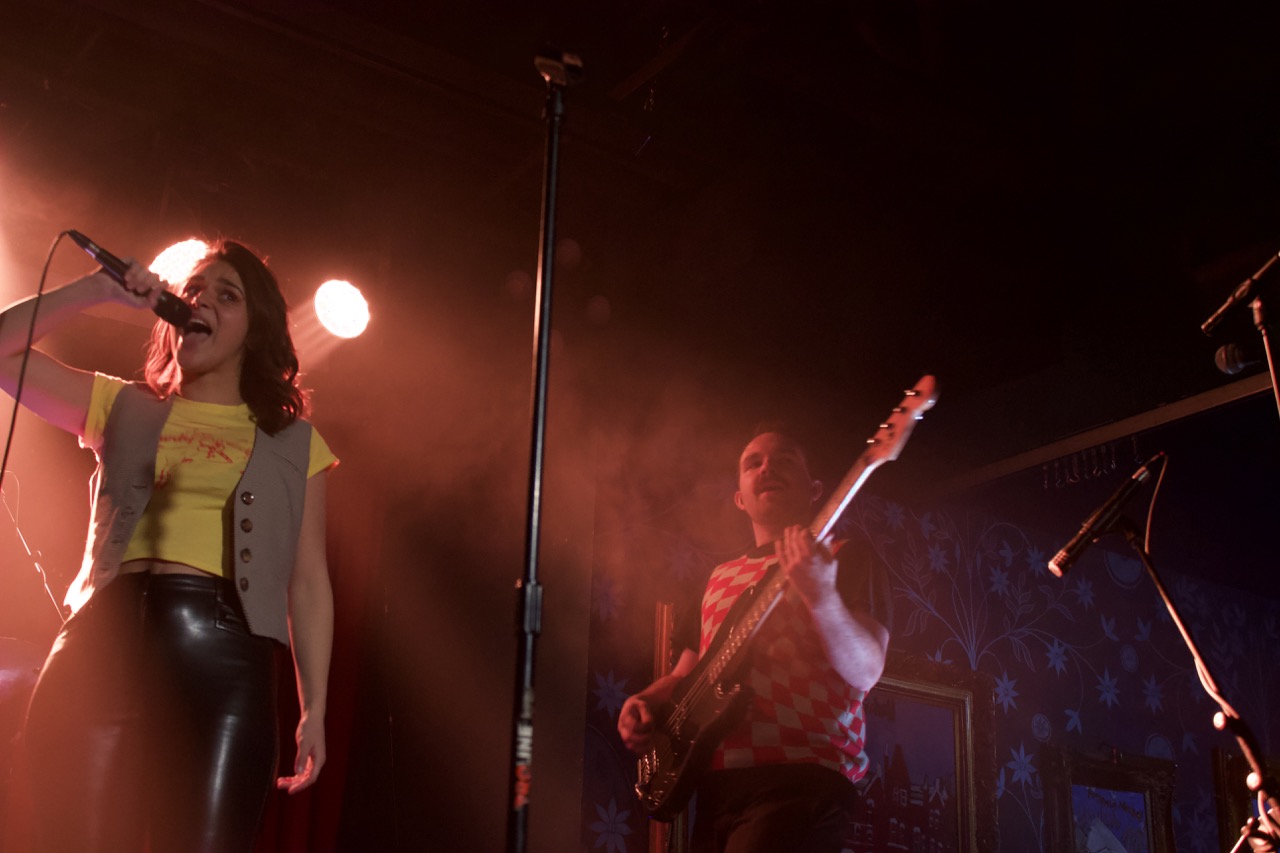 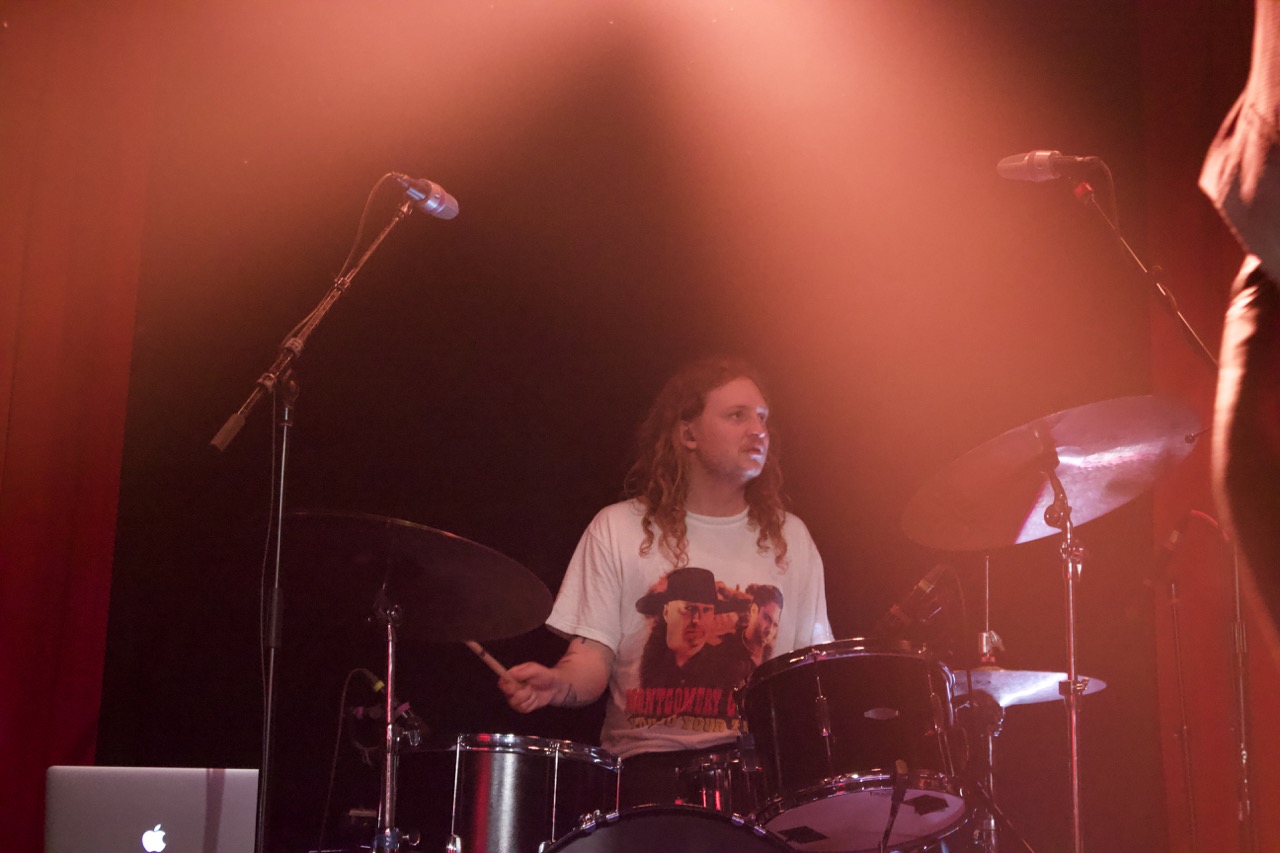 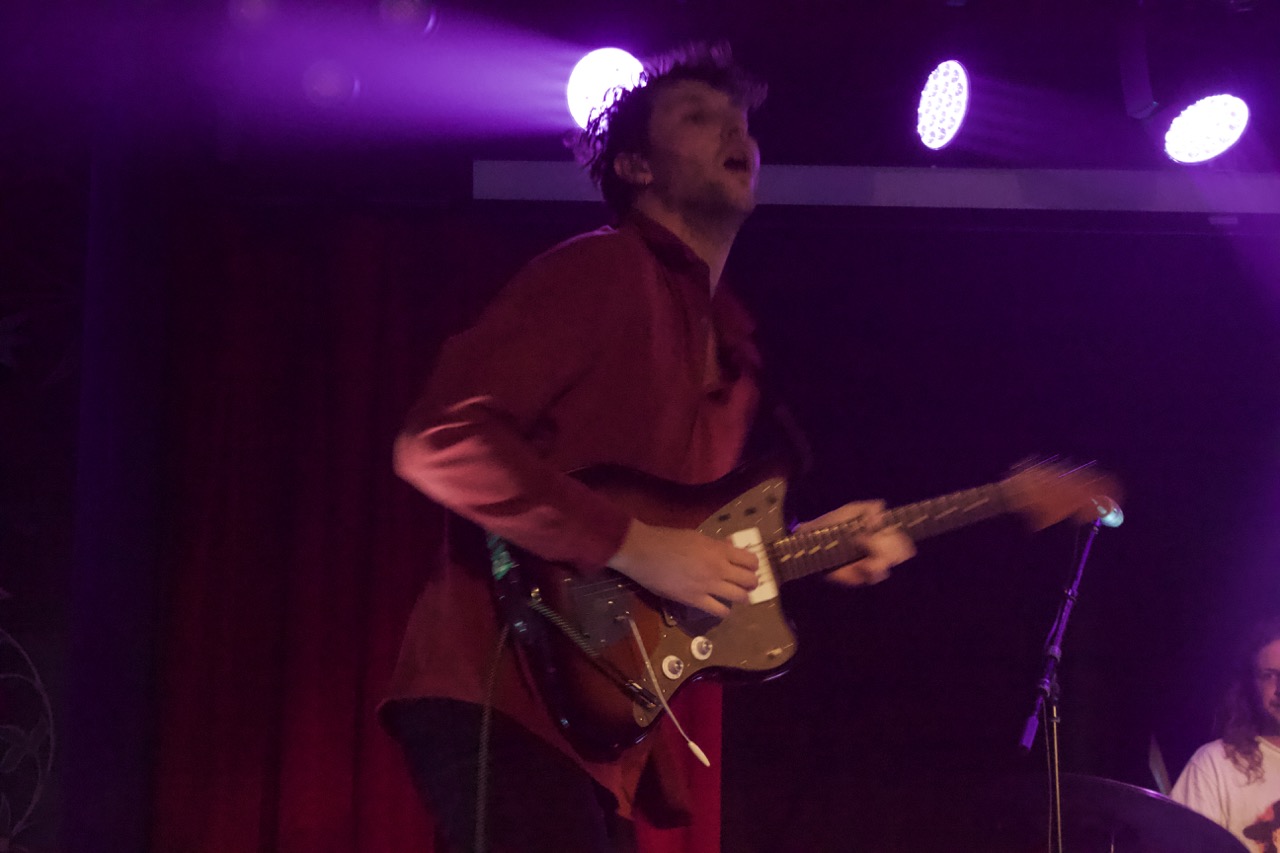 The band worked well together, interacting and smiling and laughing even during songs. What really brought the venue together, however, was Sartino’s willingness to jump right into the crowd. I was in front of the stage the first time she jumped down off it, standing next to the divider and sharing her mic with a devoted listener. I couldn’t even register it at first, but Sartino herself seemed at ease. The band’s fans were all too happy to shout lyrics with her.

Watching them, it’s easy to see how The Greeting Committee was formed around nine years ago; it felt as if they had a strong, dependable sense of their music while allowing for bouts of spontaneity, be it Sartino falling on stage (and recovering immediately), or her and Turcotte jokingly wiping kisses off each other’s cheeks and lips. Sartino was keen to interact with the audience, such as with her aforementioned jumping into the crowd, taking a video with an audience member’s phone while perched on a pillar’s edge, and even crowd surfing—yes, crowd surfing. When she returned to the stage, with a pout, the singer said, “You almost dropped me.”

The crowd laughed it off. There was an easy, fun feel in the air. At first, the band played largely song-to-song, but stopped occasionally to talk. They invited violinist Jocelyn (@good.cup.of.jo on Instagram) onstage with them for extra accompaniment, and they would also stop to speak more candidly. Sartino was happy to talk back to audience members, like those who screamed her name, and she brought her girlfriend onstage, introducing her many roles in the band’s success, ending it with “and we’re gay.” She was met with a chorus of cheers. 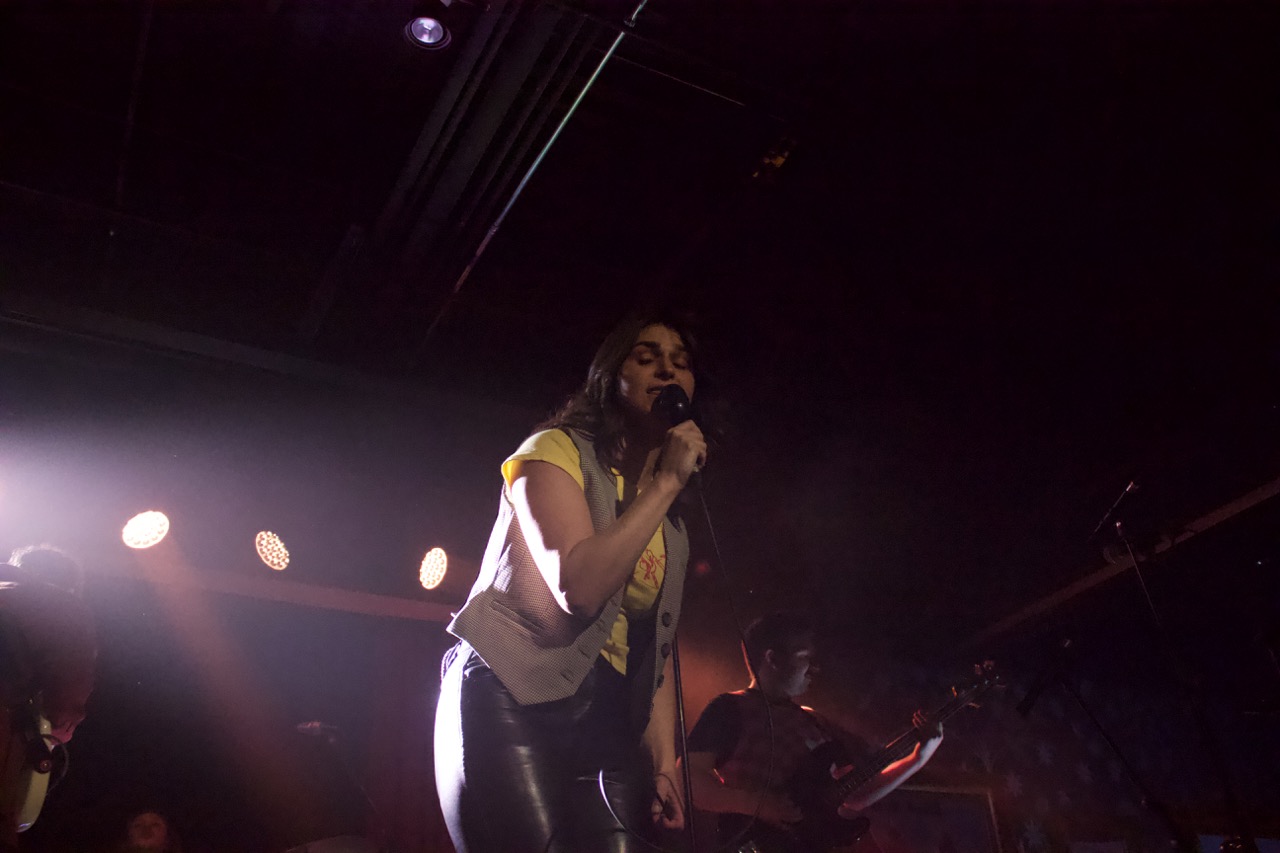 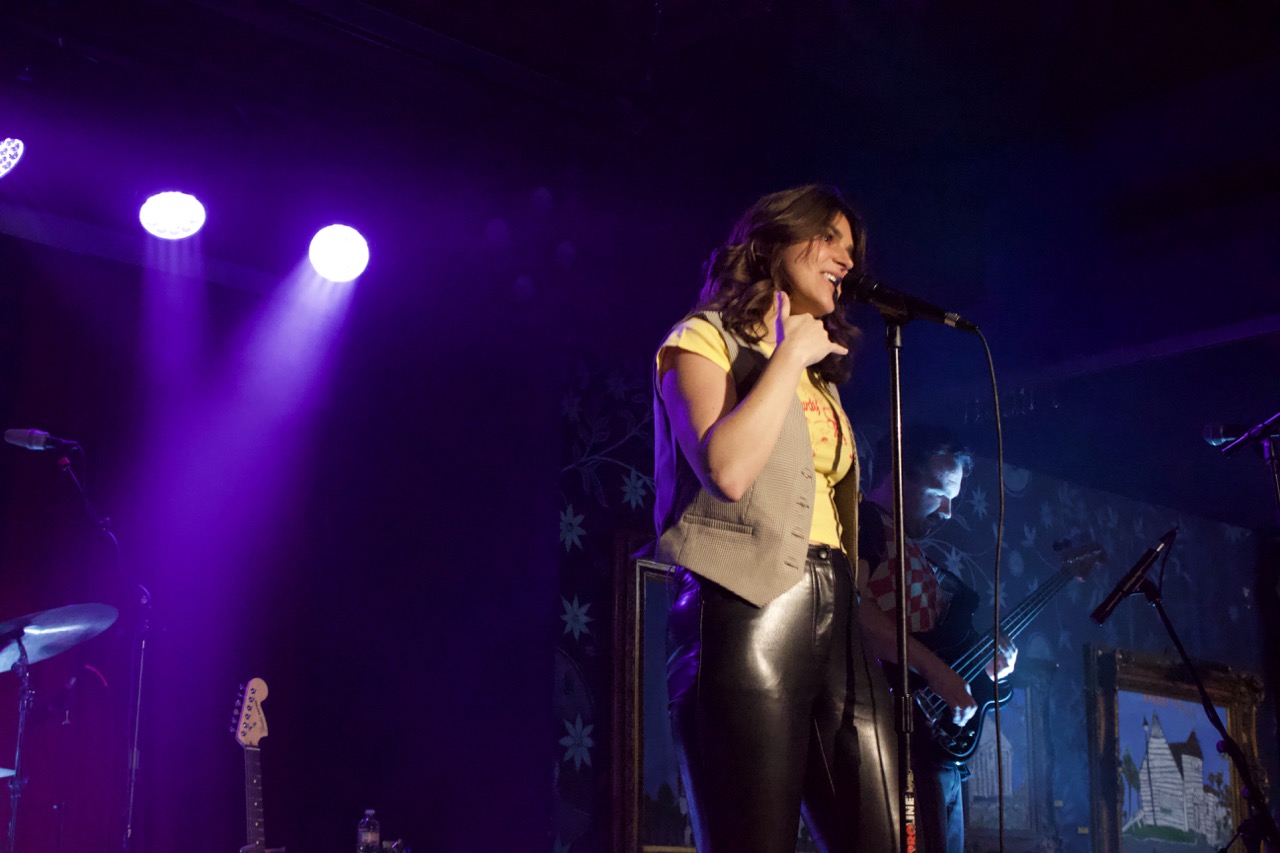 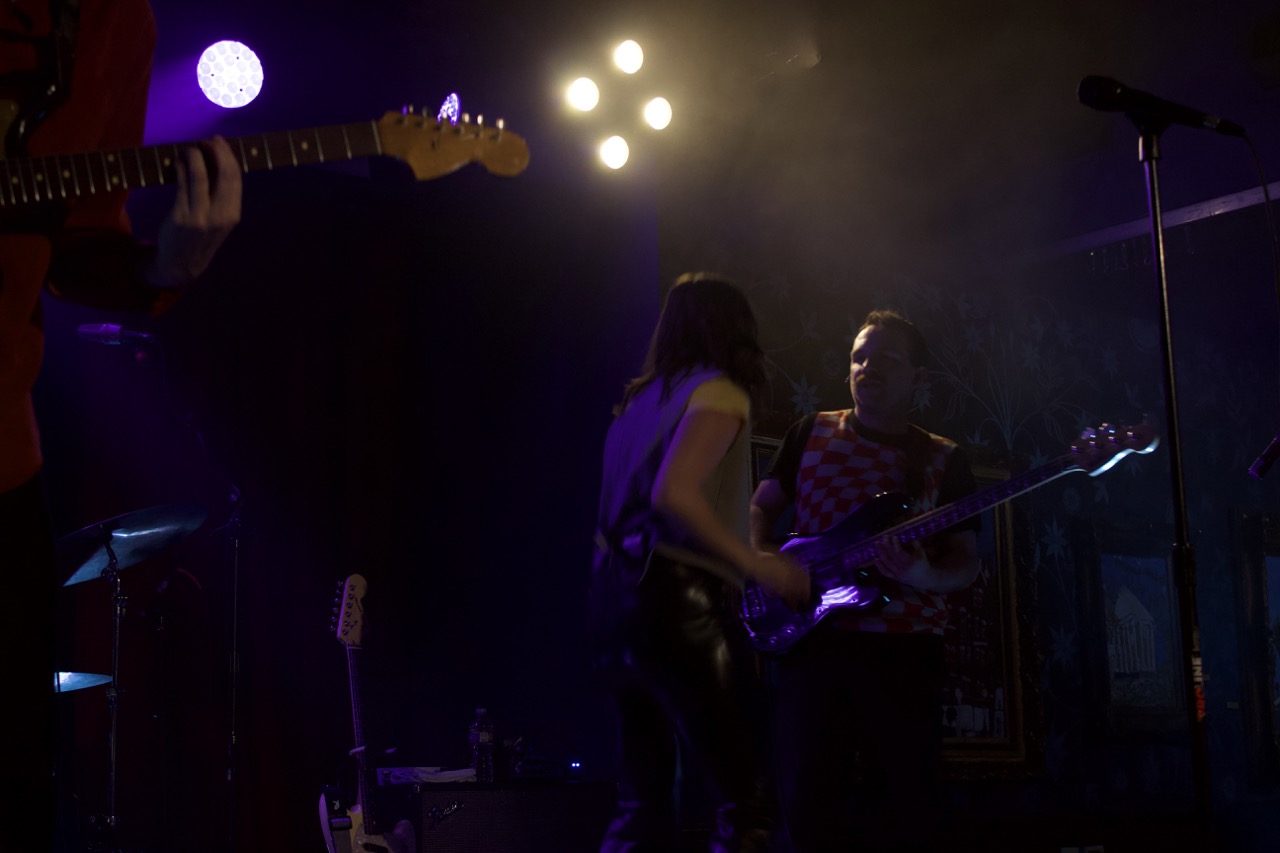 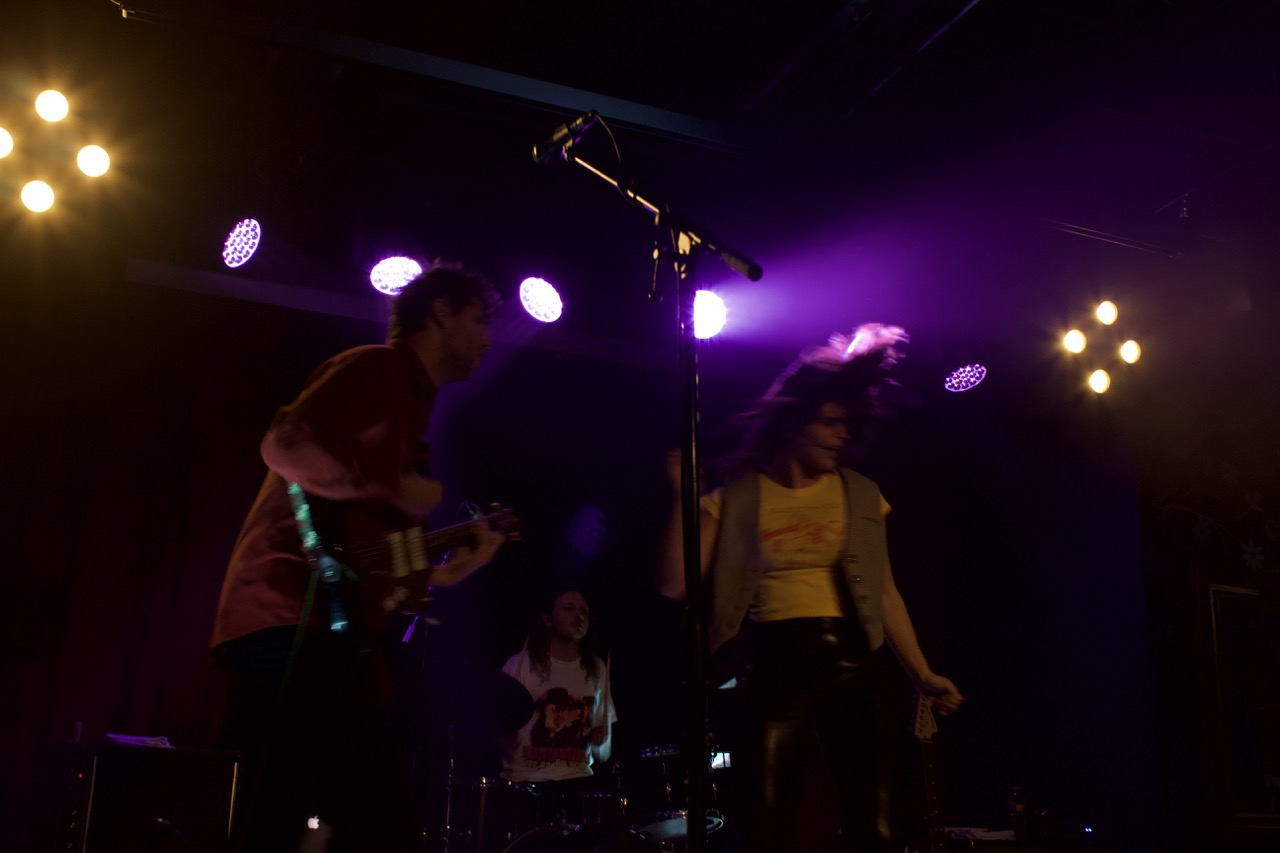 All in all, the energy in the Cambridge Room remained high the entire evening, thanks to The Greeting Committee. They provided more than just a fun, talent-packed evening—they provided a memorable experience, with enjoyable memories and even better music. 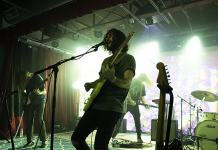