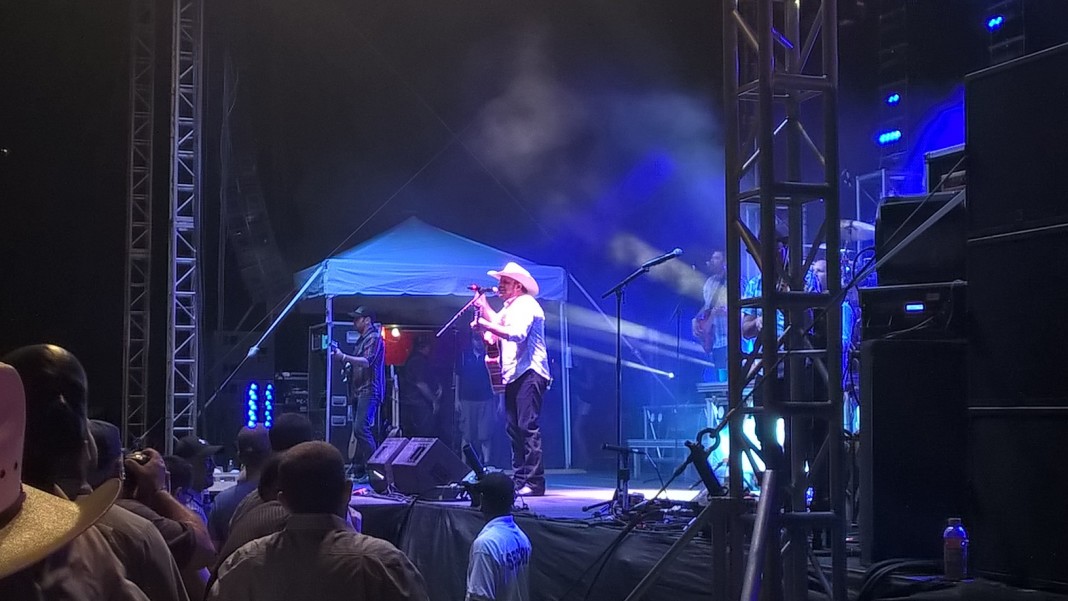 Lone Star Park, centered in Grand Prairie, Texas, hosted the Josh Abbott Band this past Friday evening in conjunction with the annual Lone Star Music Series hosting various Red Dirt country artists. The atmosphere of the area starts in the parking lot as concert goers tailgate outside of the arena in preparation for the famed Abbott group. Once entered, guests are able to bet on the horse races taking place before the performance. With the heat of the Dallas sky and readily available Shiner beer to quench your thirst, fans of the Josh Abbott Band were in for a long night of homegrown music including the most notable songs “She Will Be Free”, “She’s Like Texas”, “My Texas” and their chart topper “Amnesia”.

The performance opened with a light show of fog and booming bass rhythms from the 20+ speakers surrounding the stage. With his mixture of bluegrass instruments including a traditional fiddle and a banjo along with his country foundation pieces such as his acoustic guitar, the songs instantly create a downhome feel inviting the audience to sit down on their front porch for a humbling jam session. A majority of the songs performed by Abbott and his band host a heavy array of fiddle pieces unlike those commonly found in the Red Dirt genre. Generally, fiddlers in the country scene will tear through two or three bows per performance in accordance with the fast-paced solo pieces in the repeating chorus. For the Josh Abbott Band, the fiddle is used as a harmonic piece to Abbott’s homely powerful voice that soothes the tune. This sets Abbott apart from other lead singers and creates a recognizable tune separate from most Red Dirt bands.

A connection is made between the listeners and the band as Abbott relates his songs on stage with well-known landmarks and key Texas traditions only natives would hold closely to their hearts. Towards the end of the show, the band transitioned from one song to the next with musical interludes including that of “My Texas”, a song known for its appreciation of Texas culture. The song creates a lyrical bucket list covering everything from climbing the famed Enchanted Rock to watching sunsets over the Hill Country. Comparable to this song would be “She’s Like Texas”, the story of true love founded on elements of a woman in tune with the elements of our home state. These are the songs that most notably wound the crowd into a tailspin of singing and smiling.

By the end of the concert fans had begun squeezing in closer to the gated stage, spilling their drinks on one another and hanging onto each other during the choruses. They were awaiting the performance of Josh Abbott’s radio-produced song “Amnesia” that captured the hearts of popular music stations across the metroplex. Overall, 11/10 would recommend seeing this band live if you love music that caresses your love for Texas while lifting you into a familial bond with the performers.

If you are interested in the piece and want to read more like it, keep up with us on Twitter at @UTDRedDirtRadio for updates on future shows and events.