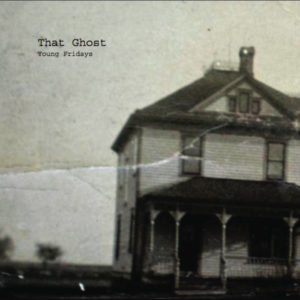 There isn’t much to say about Ryan Schmale’s (A.K.A. That Ghost) album Young Fridays. It’s a completely mediocre record. I don’t mean that in a bad way, because the music isn’t necessarily bad, it’s just empty; there isn’t much to it. Each song consists of a guitar, a drum machine, and some vocals, with some piano work occasionally thrown in. Now, the lack of instrumentation isn’t what makes the songs empty. Many musicians have written amazing music using even fewer instruments than That Ghost. Rather, the general lack of musicianship creates an amateur sound which quite simply becomes boring, even annoying, rather quickly.

When I say annoying I’m mostly referring to the vocals. The kid can’t sing terribly well and, I suppose in order to compensate, he uses a filter for his voice which sounds much like the filter used by Julian of The Strokes, except magnified about a million times. His voice ends up sounding like he’s singing into a microphone using a loudspeaker; distant, cold, and echoey. This effect, when used well, can add a great element to a band’s music, as in the case of The Strokes. But That Ghost just overuses it, and before the end of the album the vocals become plain and tired.

The lyrics certainly leave something to be desired, with most of the songs revolving around him drinking himself into oblivion, or girls making poor decisions in their relationships. Many songs make use of some sort of rhyme scheme, but the rhymes are often so obvious, trite, and simple I remain convinced he employed the use of some eighth grader’s English assignment and changed a few of the words to fit his themes of booze, friends he hates, and girls he either doesn’t want or can’t have.

Schmale apparently has no more musical prowess as he has lyrical ingenuity. The drums actually manage to lose the beat of the guitar on several tracks, which is a feat in and of itself considering the simplicity of the drum work. Schmale’s best quality as a musician rests in his guitar work, but that is not saying much. To clarify, the guitar work isn’t bad, it’s just nothing to write home about.

The melodies of the songs generally have a nice foot tapping quality about them, and for the most part are pleasant, if unremarkable.

This album as a whole does not amount to much, but that does not mean that it is bad, it just isn’t that good. Overall Young Fridays is slightly more enjoyable than silence, thanks to a couple of tracks, like “Top Shelf” and “Open Windows” which are good enough to pull the weight of the other less noteworthy tracks. You can listen to the CD if you’d like to, but you probably won’t remember it if you do. 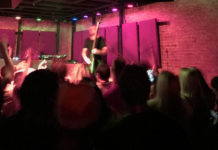