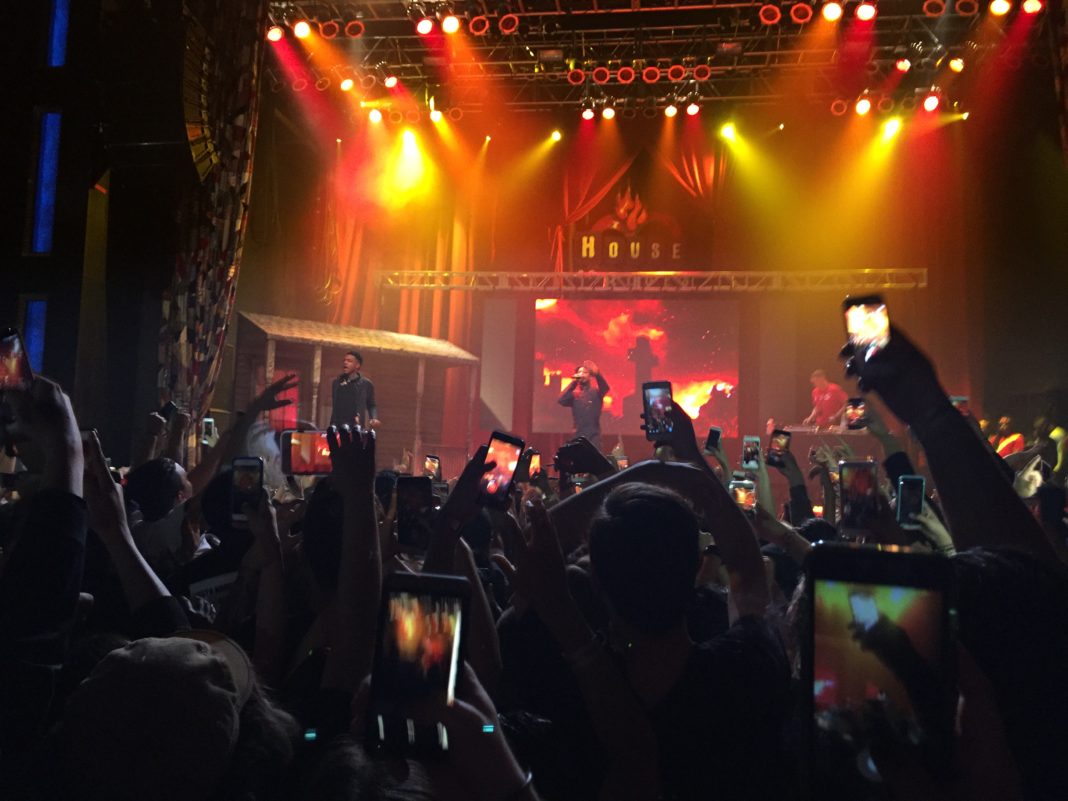 The lights dimmed on the stage, and the music cut, signifying that it was finally time for 21 Savage to come out on stage. There was a prop on the left side of the stage that looked like a small house, a red glow could be seen in the window. The door opened, and out walked 21 Savage, a hockey mask on his face, and a machete in his hand

The show was essentially split into two sections, the first being about 15 minutes long, and consisted of some of his older repertoire, from The Slaughter Tape, and Slaughter King. Most of those tracks aren’t very well known by his newer fans, he didn’t start getting very popular until Savage Mode was released, so the energy during this section was lacking. The audience had a hard time singing along, and it’s a different style from his more current music as well.

It didn’t help much that he took a 15-minute break after that section to go change before the next section. During this time the DJ played some popular songs and two other people were up on the stage hyping the crowd up as well. Although they were able to hype the crowd up well, it was still a very strange break to have, and it impacted the energy of the crowd.

21 Savage didn’t do much in terms of crowd interaction either. He joined his hype-men a few times in getting the left and right sides of the crowd to compete to see which side was loudest, but didn’t do much else. Towards the end of a lot of his songs he also cut the music and went acapella, which is fine every once in a while, but when it’s done every other song it’s sort of distracting.

The sound system in the House of Blues sounded good and wasn’t too loud, a problem that hip-hop shows often have, making for an enjoyable listening experience.  He saved his most popular songs, “No Heart” and “X” for the end, which is when the crowd’s energy peaked. The whole audience was rapping along to both of those, and were a really strong way of ending on a high note.