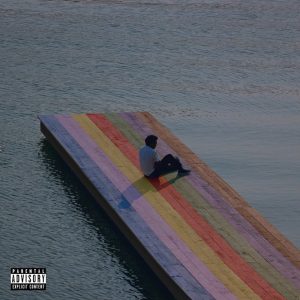 After teasing the release for about a year with singles like “hooligan,” “durag activity,” and “no sense,” fans of Baby Keem were ready for a more introspective turn given the reveal of the album’s title. However, noting that only “durag activity” made it onto the album out of these,  Keem likely decided to play this one a bit safer than originally intended, sticking with some of the same vibes and themes as the prior DIE FOR MY BITCH. This is especially evident in cuts like “trademark usa,” which opens the album much the same way as his previous release did: a driving beat and instrumental changeup that puts a listener straight into a Formula 1 race. One difference between this and Keem’s previous release is an apparent fake out of the album’s trajectory with the opening lines “I can’t help but feel neglected / Changing up the schedule, your calendar refreshing” negated by the slap to the face beat drop. The beat switch on this song disrupts the momentum of the track for me (even considering that the second half is just as great as the first). On this cut and throughout the rest of The Melodic Blue, Baby Keem confidently dips his toe into the waters of contemplative songwriting and moodiness, but declines to dive into this sound fully.

We again see a case of being faked out by a very soul-infused record on “scapegoats,” which has a great sample that would have fit in well on any of Drake’s last 4 albums. However, Keem decides to drop one verse and then leave the track for an interlude. We finally get an honest-to-god melodic take on “issues,” which is an excellent crooning track that makes me wonder what prevented Keem from taking this exact direction with more of the songs here. True to its title, Hykeem relates some of the difficulties, familial and personal, that he’s been facing to the listener. More evidence of Keem’s exceptional delivery in this tone is seen on “scars,” the emotional climax of the record. With dramatic string sections and instrumental buildup, this one’s hard not to love after a few listens.

“gorgeous” is a great hype track; the running piano melody throughout the song works very well, giving me the sense that Lil Uzi Vert would have been an appropriate fit for the beat. The song “cocoa” featuring Don Toliver gives me mixed feelings, with one of the better choruses on the album and intriguing production to back it up; however, the presence of Toliver on the track almost doesn’t feel like a presence at all, failing to stand out in any significant way. Toliver’s fellow Houstonian and collaborator Travis Scott appears on “durag activity,” which is take it or leave it for me. Keem and Scott don’t exactly have much chemistry together, unsuccessful at crafting a song that sticks with the listener. Speaking on his checklist of things to do when he gets rich, Keem uses “first order of business” to describe the steps he’s taken and will take. Though this one is incredibly sparse instrumentally, I love this aspect of it; the soft, solo keys underlying the trap drums make the song very appealing.

I can’t talk about this project without mentioning the attendance of Keem’s cousin – a name you may or may not know – Kendrick Lamar. Appearing on “range brothers,” “family ties,” and “vent,” it’s safe to say that fans waiting for the two to collab were gratified. Although “range brothers” does drag on just a tad long in the first half, we get the most memorable moment on the album for me with Kendrick’s hilariously so-bad-it’s-good hook in the latter portion: “Top of the mornin’, top of the mornin’, top of the mornin’… Hold on – let’s get this shit, let’s get this shit…” Kendrick makes a more lyrical impact on the track “family ties,” with what is perhaps the most energetic verse I’ve heard all year. This appearance was great at getting my mouth watering for his upcoming project. Keem’s part on the track is also outstanding, and the production throughout the song is among the best on the album with the unexpected beat switches.

Some cuts do fall flat here, including the constant skip “south africa.” This one pains me to hear, as it could have had far more effort placed into it. The instrumental sounds like an awful result of YouTube searching “Lil Loaded type beat” (see “6locc 6a6y” for a better version), and, as if the production wasn’t bad enough, Keem employs an even worse flow both in the chorus and sporadically in the verses. This rough patch in the record continues on to the boring, ASMR-triggering “lost souls,” which, aside from a line here or there, provides nothing of interest and no reason for me to return to the song.

Keem ends the record on a good note, with “16” among the few melodic takes on the project. This track feels like a better-realized version of his hit “HONEST,” which appeared on his last record. Among the others like this that made it to the album, this one gives a bittersweet feeling. I appreciate many of the tracks here, but it would have been much more exciting and engaging to listen to a side of Keem that we’ve only seen flashes of before. Though a few tracks need some work (“lost souls,” “durag activity”), we do receive a handful of amazing Keem songs on The Melodic Blue.