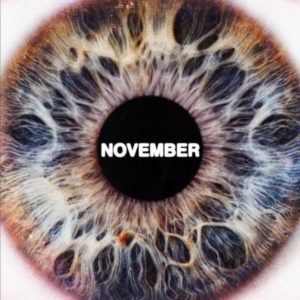 SiR is one of the most recent artists to get signed by TDE. His last EP, HER TOO, was his first release on the label, and it  gave us an excellent look at what to expect from SiR. Now a little less than a year later, he has released a much more developed project, November, a sensual, neo-soul R&B album with an interesting concept, and great production quality.

It opens up with a short track where SiR is seemingly talking to a computer on a plane of some sort, asking for a status report. The computer, Kate, then responds “Engine’s at a 100 percent, reserve power at a 100 percent, weapons at a 100 percent, shields at a 100 percent” before telling him to enjoy his flight. The album has a spacey, futuristic theme throughout the project, not unlike Lance Skiiwalker’s (another labelmate) latest release, Introverted Intuition, which makes me wonder if this is a concept TDE is trying to explore more. Other themes that can be found include love, dreams, and the occasional foreign car.

Although SiR is predominantly a singer, he raps on cuts such as “I Know,” and it’s surprisingly good. His voice is slightly autotuned along with more vocal effects, which sounds really unique, it doesn’t really sound like him at all. The song is about stripper who everyone is attracted to, but “don’t you do nothin’ but watch/’Cause she got/Bad-ass kids, she got bad-ass kids.”

He also raps on “Never Home,” but takes a different approach.The track is about having relationship issues as a result of not being home often because of his budding career, and growing disillusioned with it to the point where he’s been ignoring her calls. This is reflected in the way he raps, instead of the upbeat energy on “I Know,” it’s more careless and lazy. The production also mirrors this, featuring a slow, lethargic beat that trudges along.

Samples can be heard throughout the record, and they’re used really well especially on “Something Foreign.” There’s a piano track that cascades over the beat throughout that keeps the song moving forward. It’s a little lo-fi, but the vocals are super clear, which really makes them stand out. ScHoolboy’s Q rides the beat really well, and his verse adds a lot to the track, making it one of the best cuts on the project.

The transitions between songs are well done, and every track flows into the next without blending in. It’s clear where each song begins, but it’s never distracting, keeping the album sounding cohesive. The smoothest transition is from “Better” to “Dreaming of Me,” both sonically and thematically. At the end of “Better,” SiR initiates “sleep mode,” and the last two tracks are related to dreaming. “Dreaming of Me” is a sort of continuation of “Never Home.” In this song he has finally come back home from working and touring, and finds his significant other asleep after staying up waiting for him to come back. He reflects on how he’s been acting and admits “All I ever really want to do is make my way back to you.”