Deep Ellum hosted a new artist this month, Sarah Kinsley. The Studio at the Factory was filled with such a diverse crowd; I could see how Kinsley and Sudie’s music has reached so many different people. Some attendees were there for just the opener, and some were there for just Kinsley, but either way, the whole crowd showed love for both artists.

Kinsley’s opener Sudie used a blend of electronic pop and opera to keep her audience in awe throughout their entire performance. They used their background in opera to stun listeners with gorgeous vocals using a harmonizer (you could tell they didn’t need any autotune). Sudie started off their set with a few unreleased songs which heavily excited the crowd. These songs honed into their issues with identity and self-reflection, exciting everyone for what was to come.

Sudie was so thankful for their time with Sarah in Dallas and mingled with fans after their set. I had the chance to speak with them after the show, and what I was presented with was a ray of sunshine. Their personality matched the music they produce: unique and lively. I had never seen a performer like them, nor had I ever met a performer as welcoming. 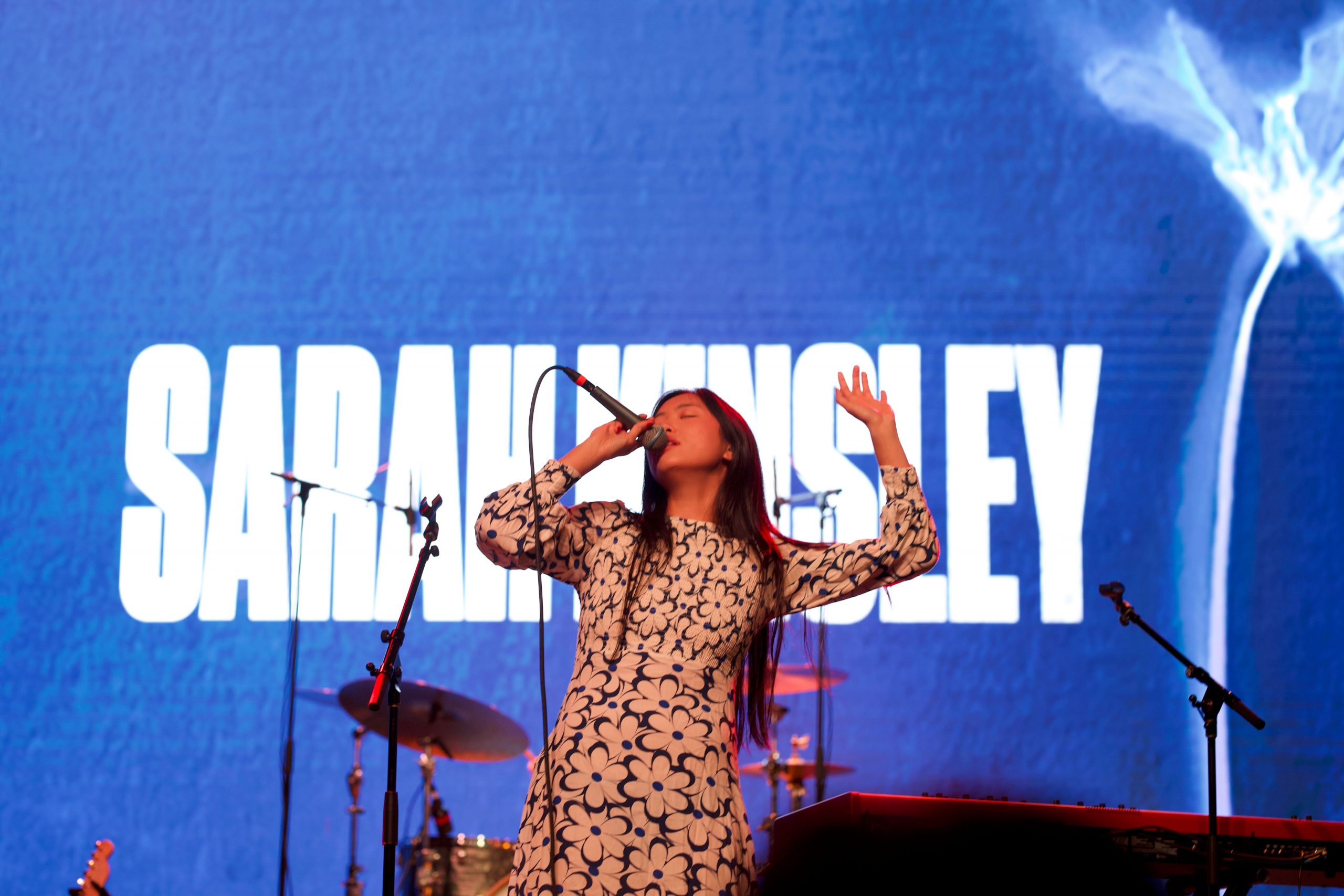 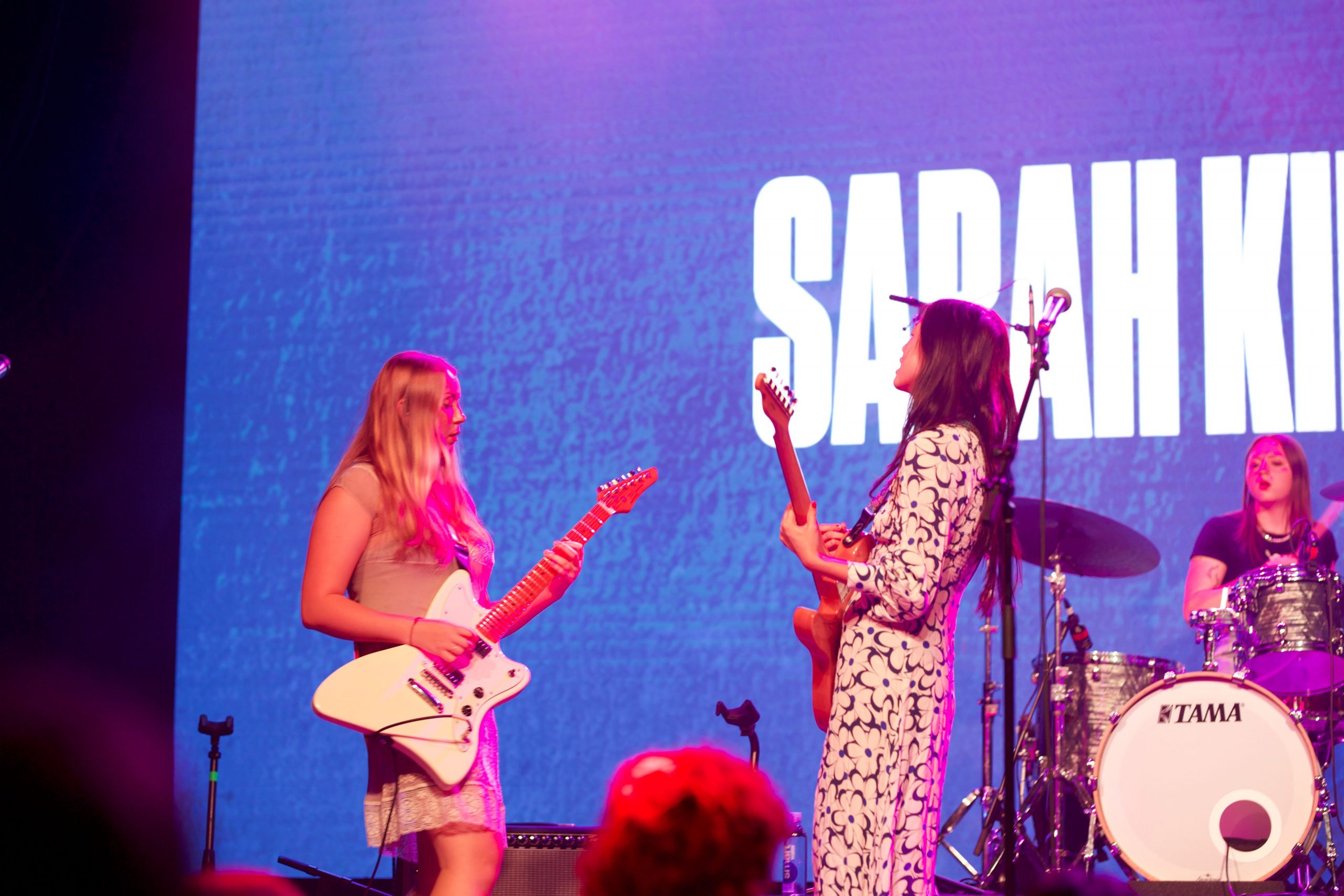 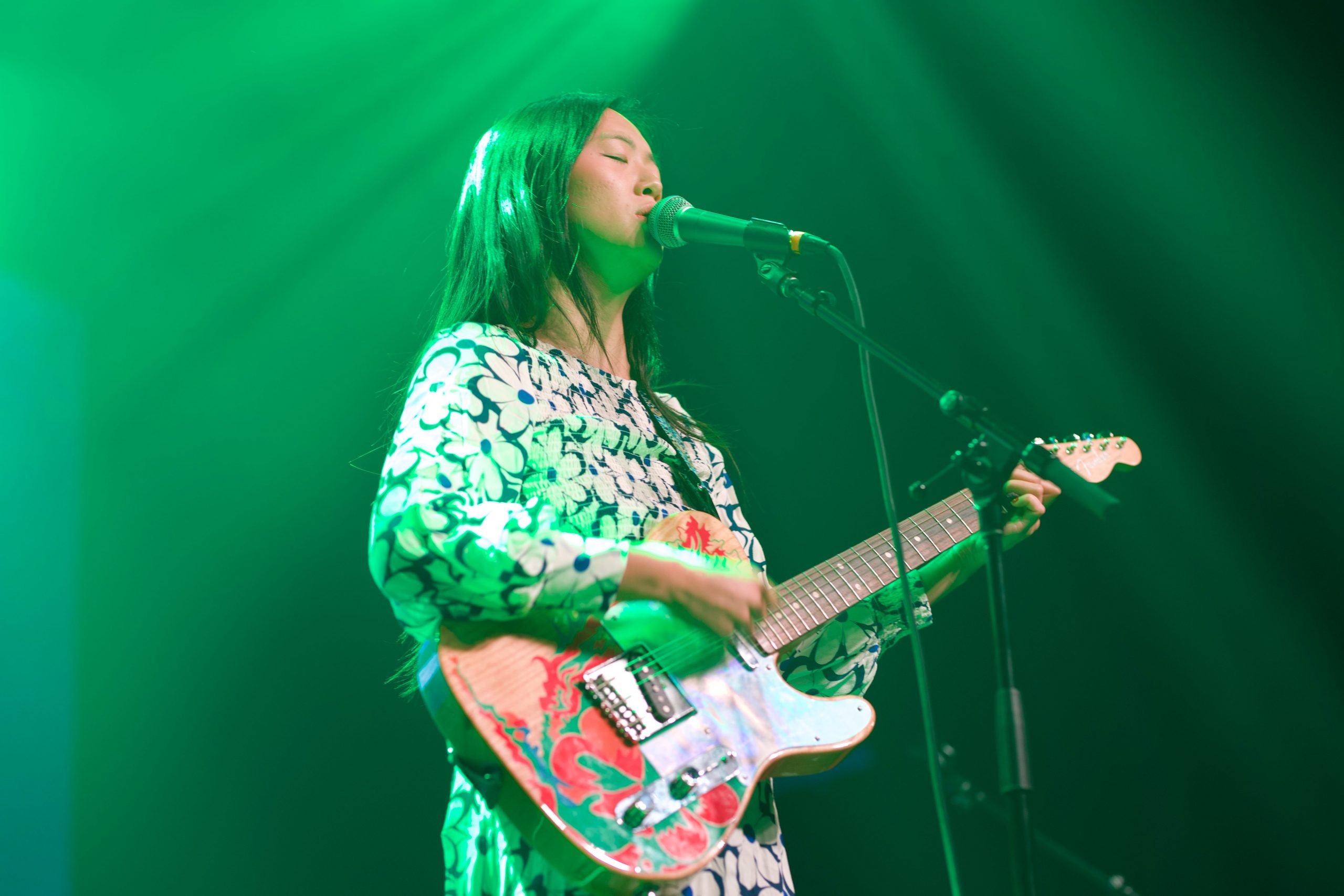 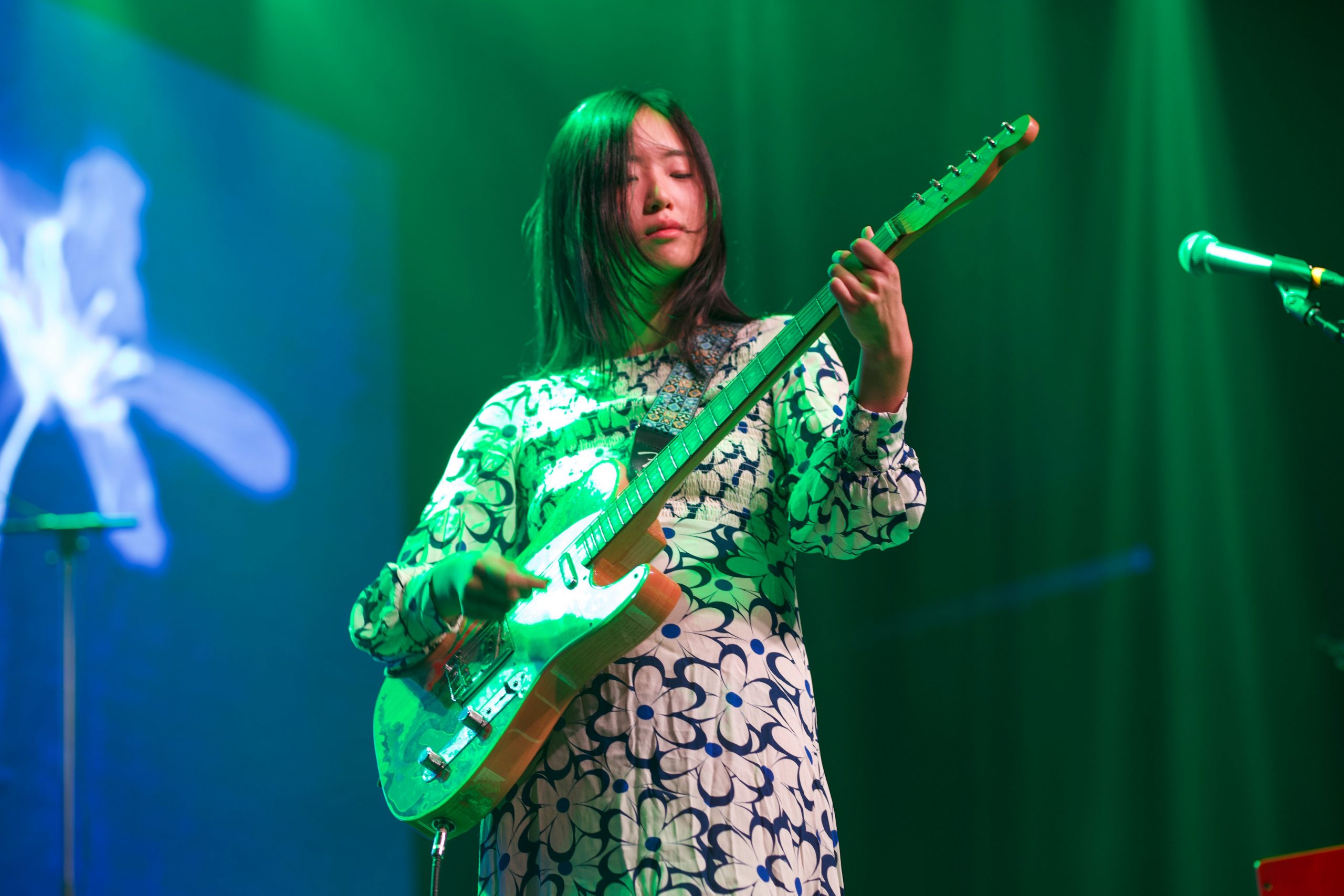 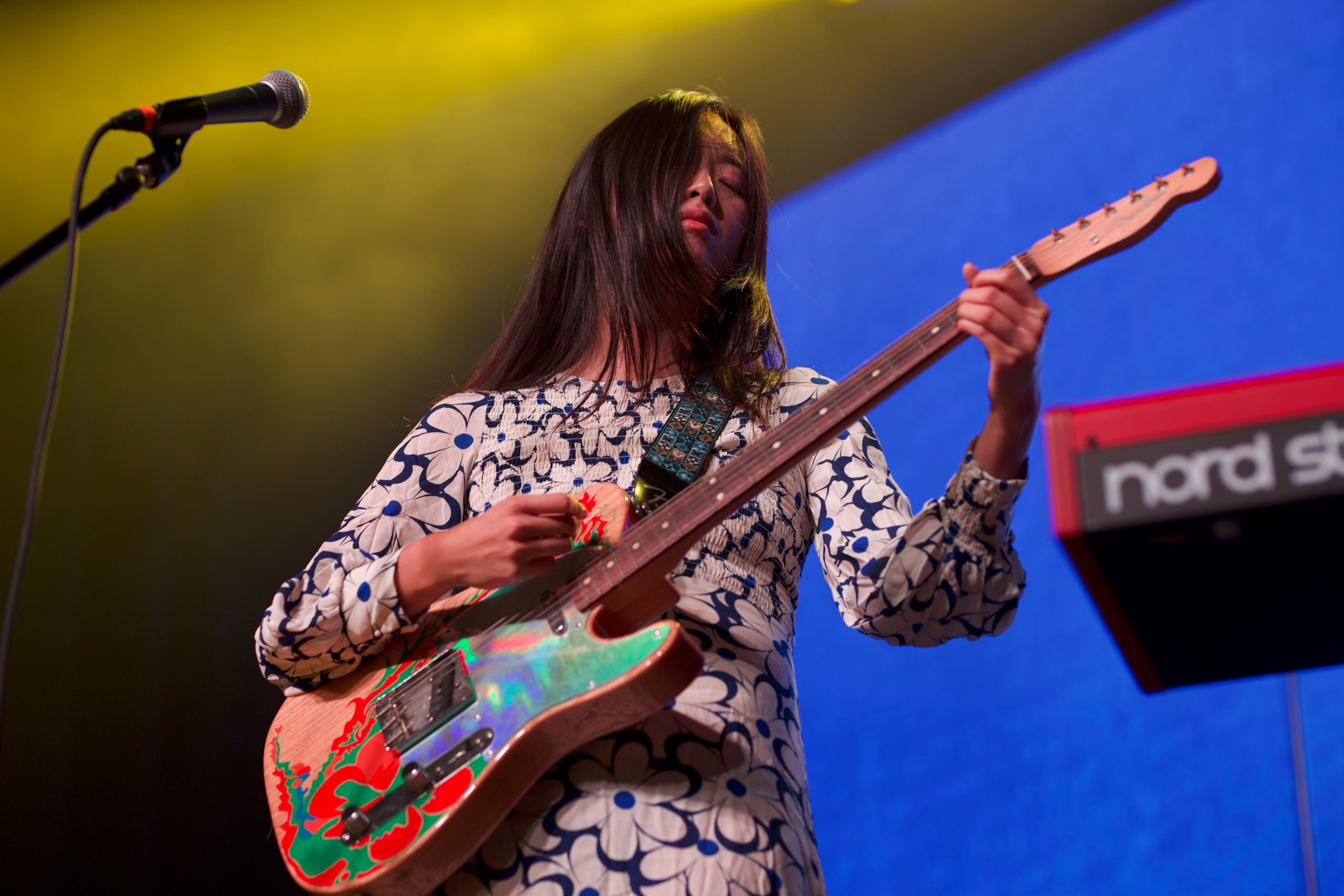 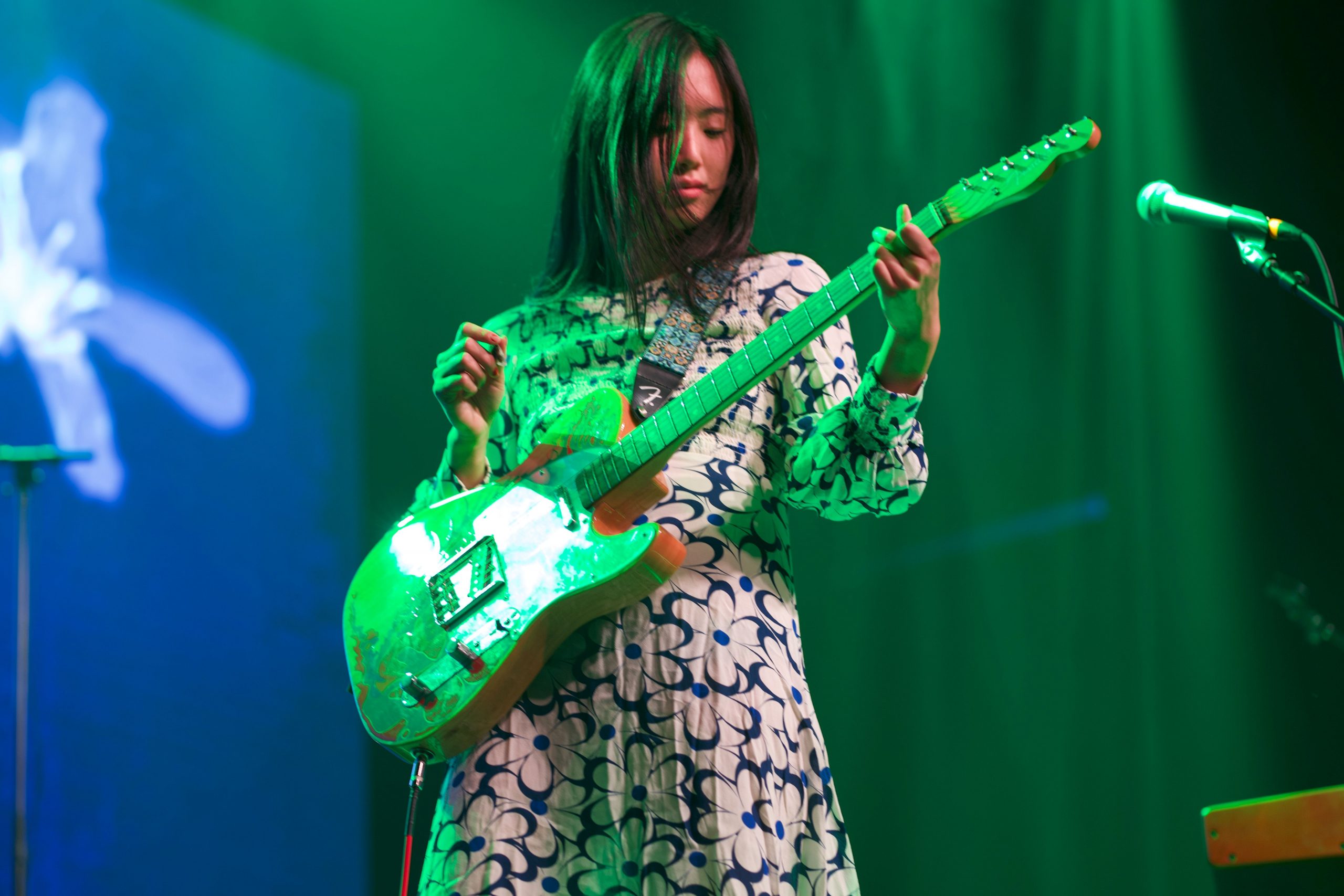 It was Sarah’s first-ever performance in Dallas and it was surely an unforgettable one. She ran on stage jumping and dancing with her crowd, bringing a joyful atmosphere to The Studio. The all-female band backed her as she seamlessly glided from one side of the stage to the other, getting a good look at the crowd. Throughout the concert, she switched between guitar and keyboard, allowing her range to translate into a live performance. She connected so well with her bandmates, having amazing moments with her guitarist and keyboard player (who even brought out a trumpet during one of the songs).

As the concert went on, Kinsley became more accustomed to her fans and began having more fun singing directly to those at the barricade. You could tell she felt a personal connection to the crowd and that this truly was a shared experience between the artist and the fans. There were moments where Kinsley seemed to be basking in this moment, looking up to the sky and holding her hands close to her chest. 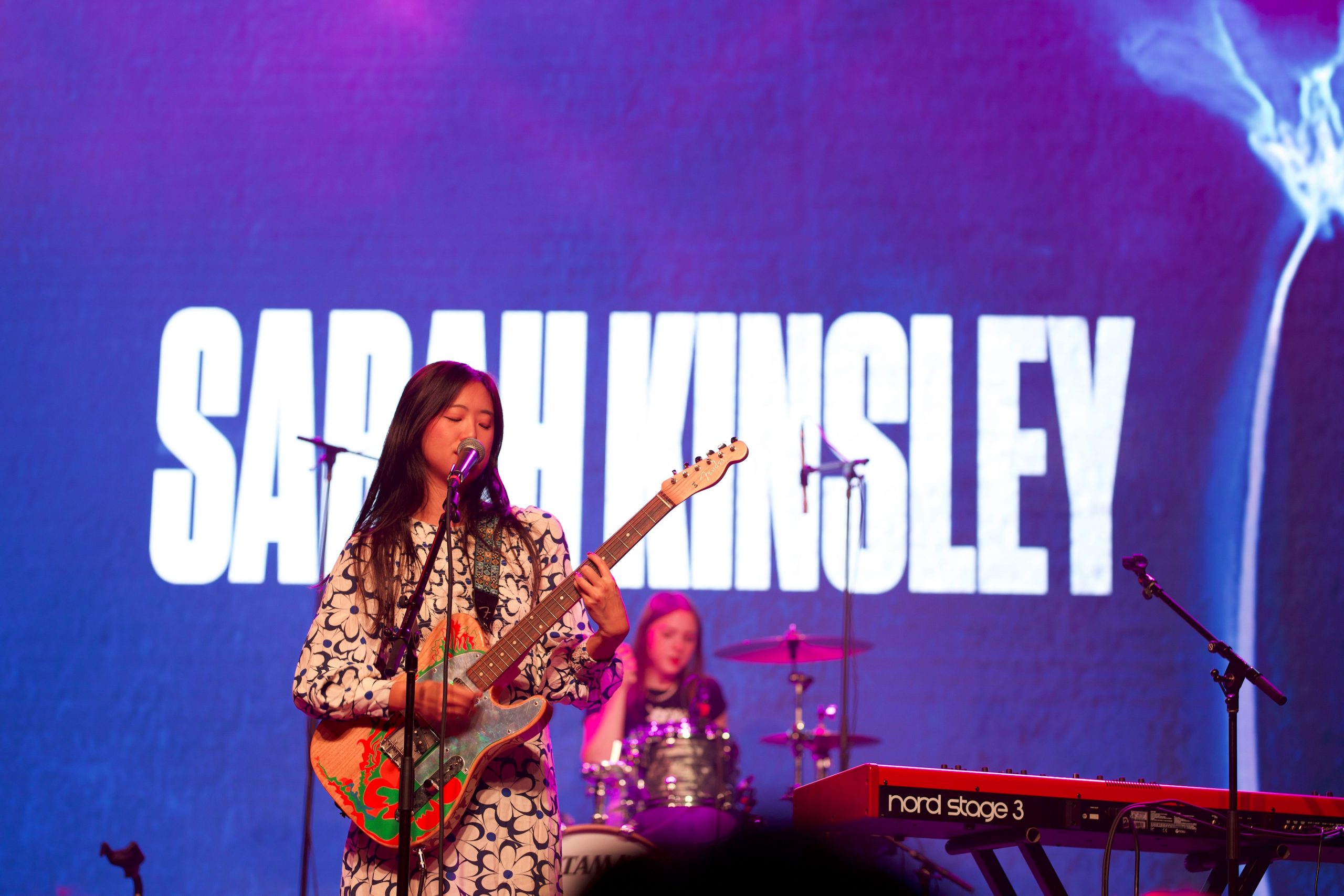 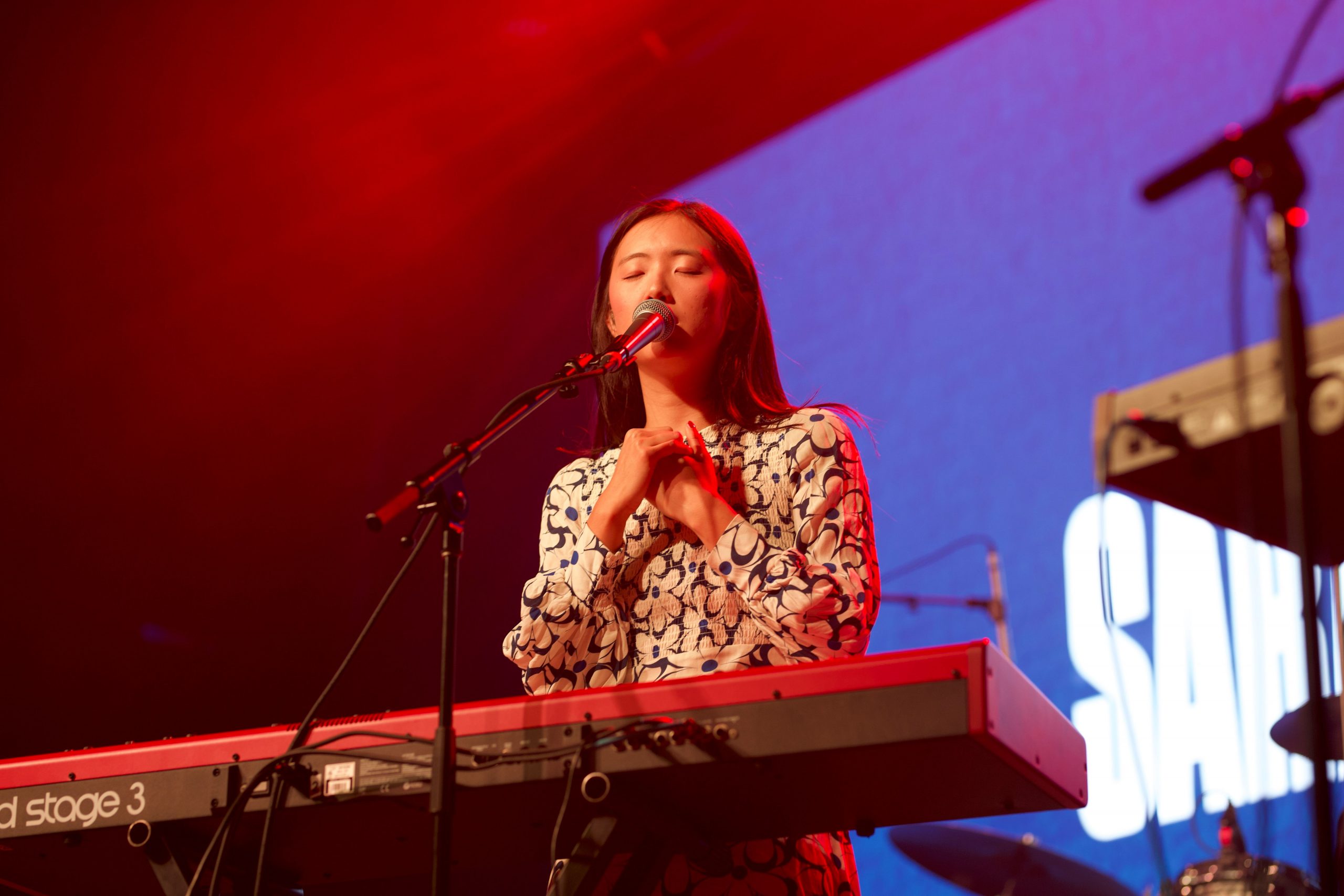 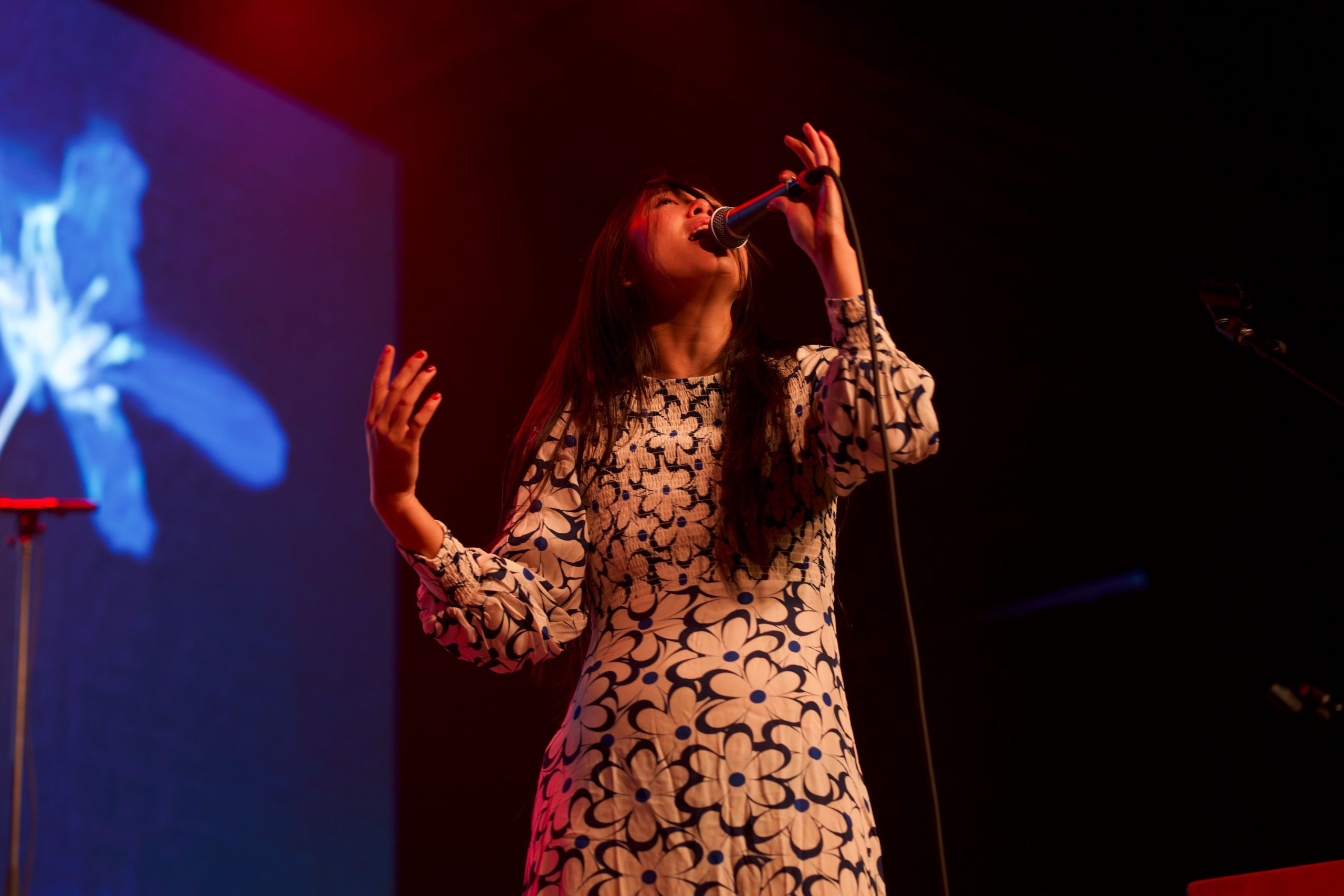 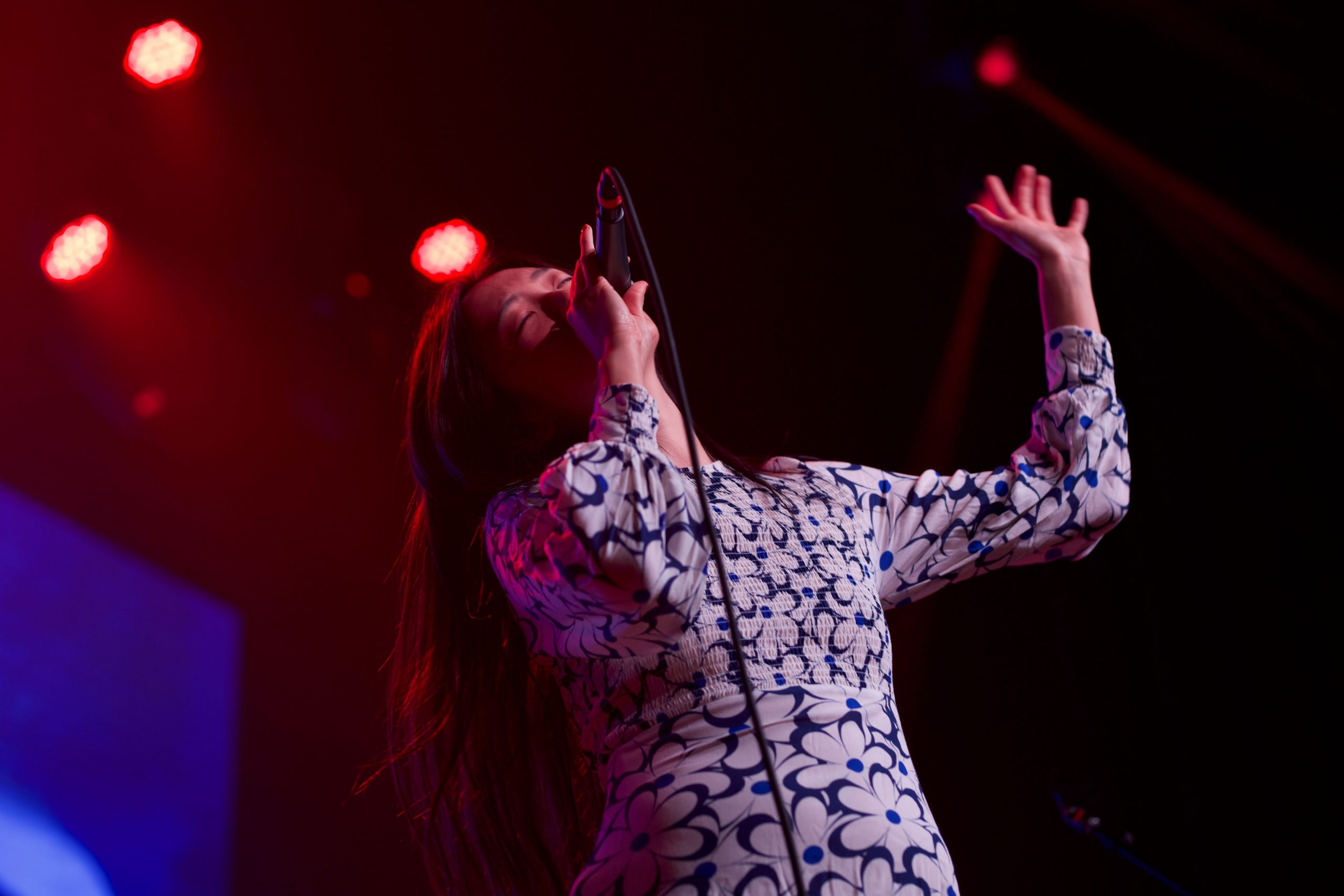 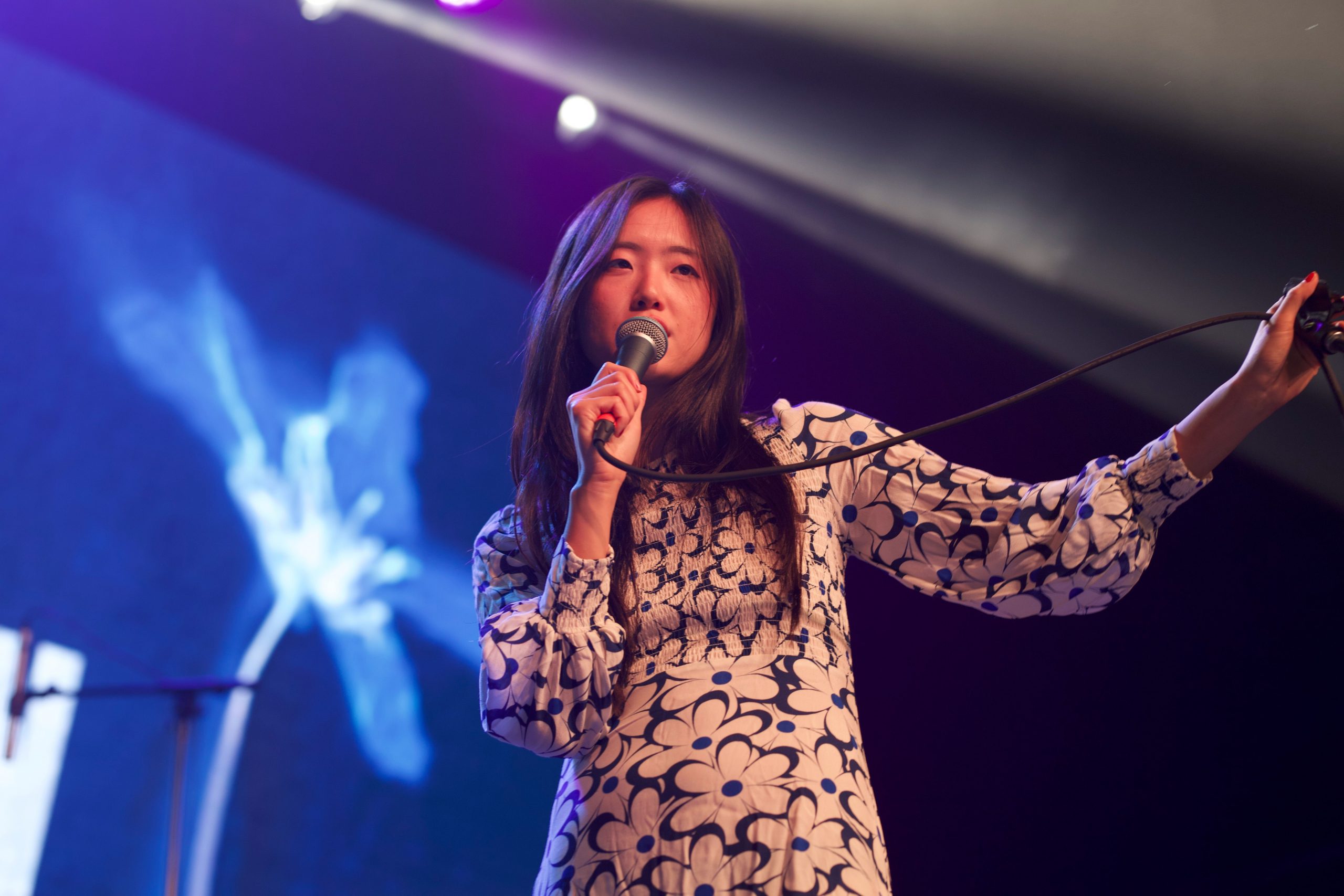 Kinsley ended her set with her most popular song, “The King.” I don’t think I will ever forget hearing that first note of the piano and rushing past the barricade to catch this moment. I couldn’t have asked for a better experience for my first time covering a concert. The crowd could see how much Kinsley loved her time here, and Dallas would definitely love to have her back.