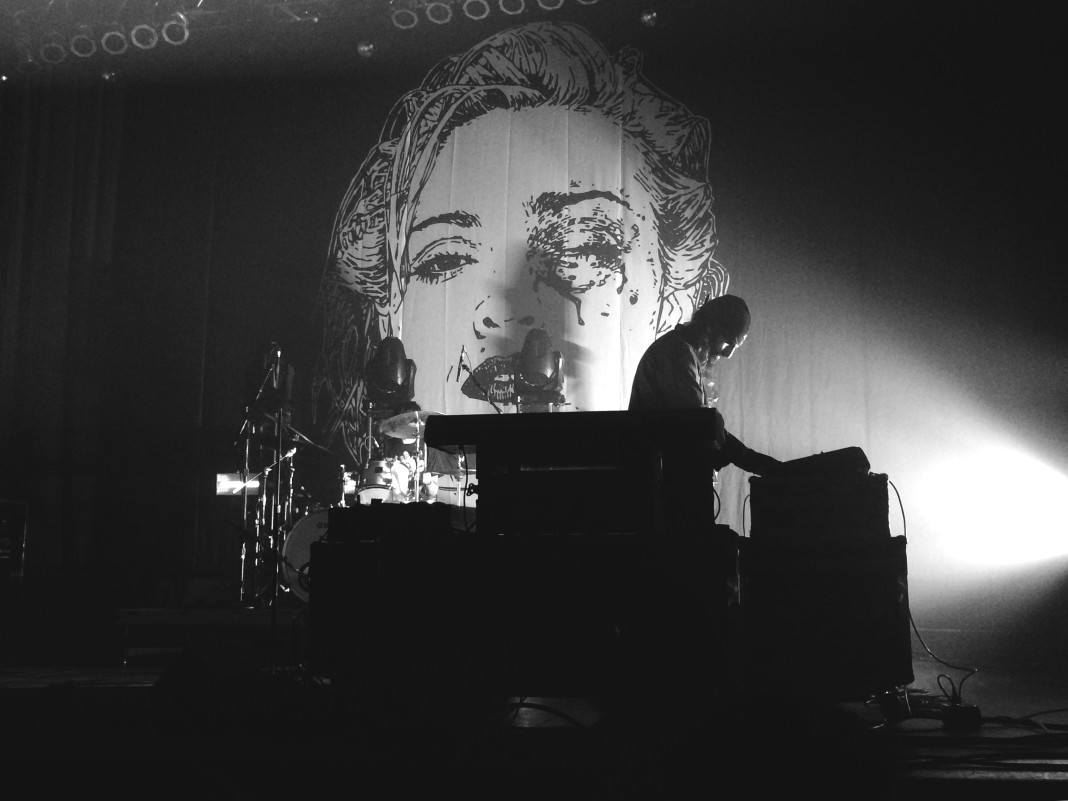 Gothic vocals resonated through the speakers like a wide open cathedral; hundreds on hundreds of people pushed their way only to move a few feet; it was impossible to hear anyone even next to you over the culmination of every possible person and the dampening effects of the humid music hall that is House of Blues. Crystal Castles’ presence was eminent with the dark, ominous soundtrack precluding their set.

Everyone, in a way, knew to get closer as soon as they could, but also had no idea at all. The extended capacity of the room, initially planned for the Deep Ellum venue Trees, was barely sufficient for the quantity of attendees. And then it happened; the bearded man with do-rag and shrouded in black known as Ethan Kath formed a silhouette as he walked up from stage left to behind his cockpit that are his electronics. There was no microphone introduction and there was no time for transition. The intensity and tone that Crystal Castles had at this moment was fierce and hard to omit. The strobes blinked on and never seemed to stop as the first song blasted on. The crowd burst into cheers and the pressure was on with an impressive sensation.

The gritty, dark and heavy existence which Kath was accompanied with the new member known as Edith Frances, who entered only moments following the start of the show. From start to finish Frances swayed wide angles with the microphone stand on her filtered vocalizations and harmonizers. Older songs like “Untrust Us” and “Baptism” got a refined take with the alterations of Frances, fitting for the live setting but hard to say if it was truly better. The unfortunate imbalance of sound between the vocals and instruments obscured the clarity which the group’s music warrants, and we have nobody else but the venue to blame. Sometimes this didn’t matter, like perhaps on the latest noise track “Fleece.” But the anticipation of seeing the figure that was to fill the shoes of the former and very popular singer, Alice Glass, was still a big moment for many and her performance was apt for the brand of Crystal Castles.

The set list essentially laid out all songs possible from all four releases of the past eight years, picked and chosen randomly to fit. The favorites were in attendance, notably “Crimewave” and “Not In Love,” which evoked a strong response from a majority. Elbow room was scarce as people found more space in the air to jump up and down repeatedly, raising their arms and bouncing, but anything more was silenced by strict event security which oh-so diligently policed the front rows. The audience assumed horde-like behavior to move with most ease, like a gel, where nonconformists were pushed to the side to make their own space outside of the cluster while the rest of could stand and sweat in their own pleasure. And yet, just on the other side, probably twenty people away, a different raft of heads would be in a frantic state, seemingly on the verge of moshing and with a very different energy.

Amnesty (I), the newest release from the band as well as the first with vocal delivery from Edith Frances, proved as an excellent edition to the lineup. Initial single and comeback track “Kept” might have been of the most different expressions from producer Kath, abandoning such a baleful image but maintaining a hard-style sense of dejection within the chord progressions. The chops rang true and loud within the track as Frances took a backseat behind Kath for the bit and idled. The epic and Arca-like synth tones of “Char” were completely mesmerizing to follow after a slower number from previous albums. The pace was quickened overall from such a stacked track-list, including the anxiety inducing “Enth,” which did just that, “Ornament,” “Frail” and “Concrete.” Between long extents of this, additionally, were what seemed to be improvised renditions of song ideas and existing rhythms; familiar but not know. The dance-laden flow were progressive and as close to house-EDM as the producer was to get, but still in the spirit of his own brand, making sure to include clenching bass riffs underlying gritty synthesized noises that begs for uneasy aspirations.

The night started and ended early with a swift exit, but then the predictable “One-More-Song” chant reeled the two back in. The unpredictable part was the choice of encore, album opener “Femen” which built smoothly and gave a hair-standing quality when loud, much like the Gothic opener before arrival on stage. Fans applauded so greatly on the last bumps of the kick drum, where the drummer banged so effortlessly on his prominent drum solo, as he, Kath and Frances all exited to the side. The humidity thinned with the mass egress from the standing floor and the trash was abysmal. The large logo stood brooding and massive over the entirety of the stage. I just hoped Crystal Castles thought Dallas was as cool as we thought they were in their own mysterious and dark ways. 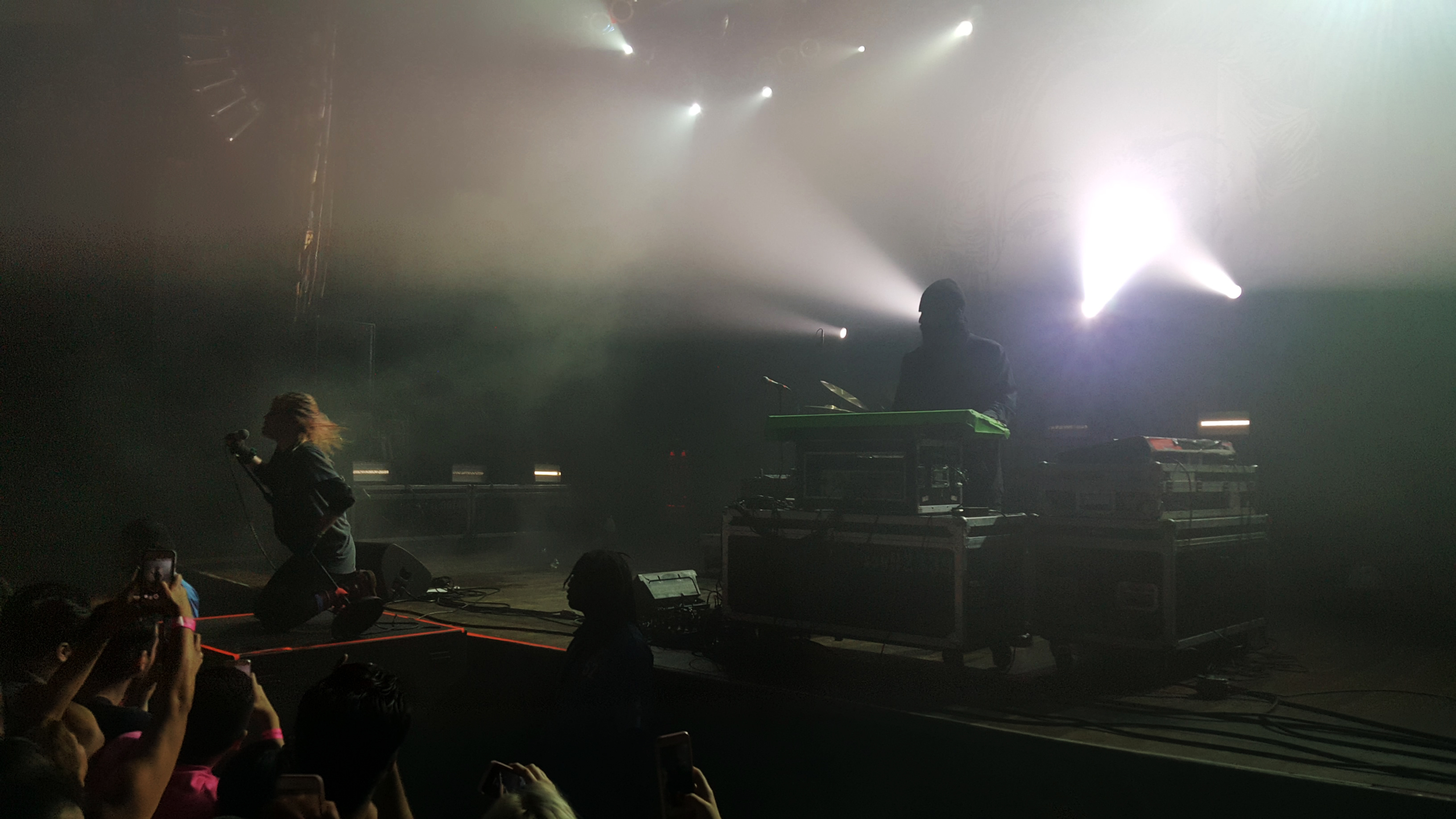 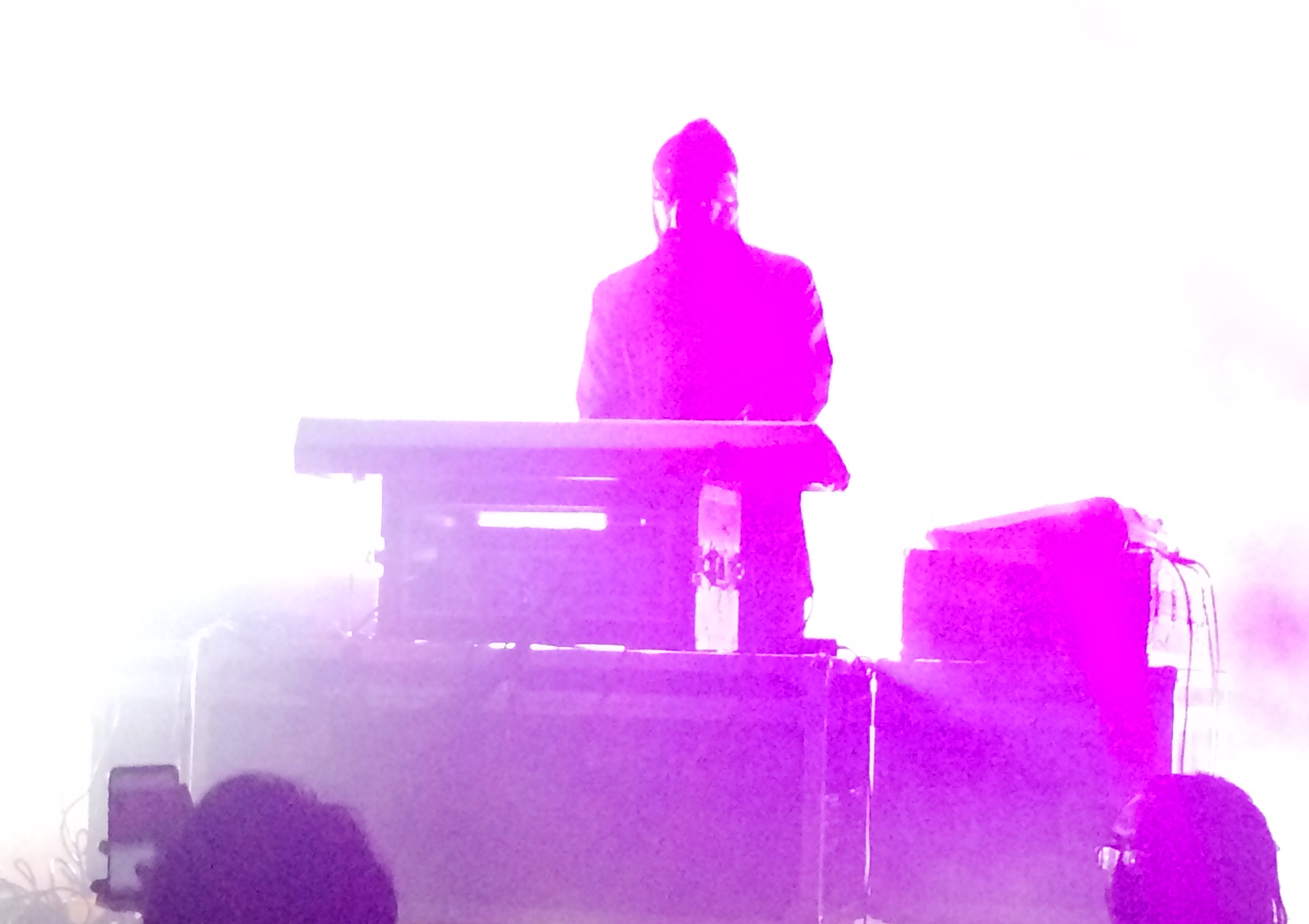 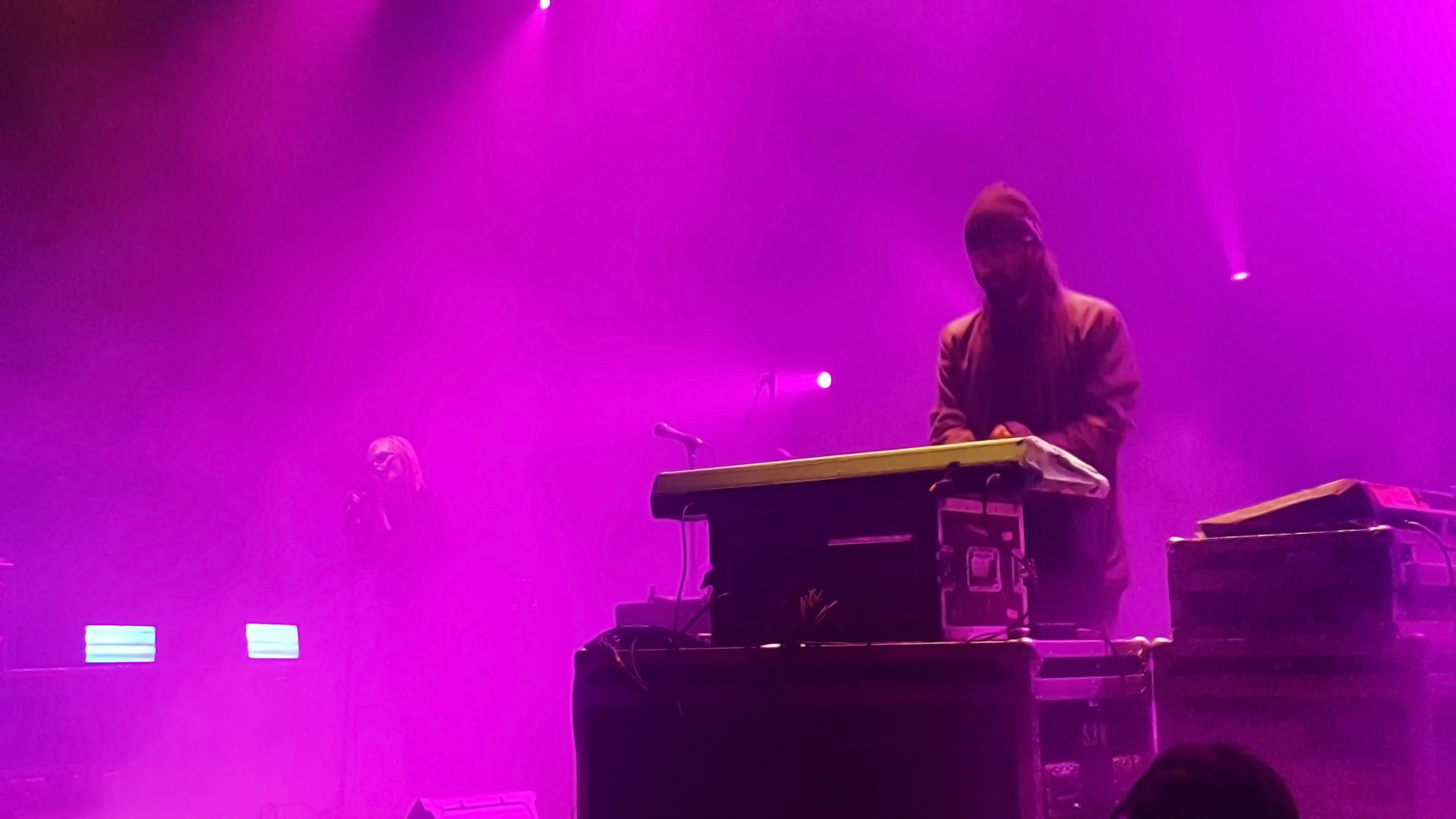 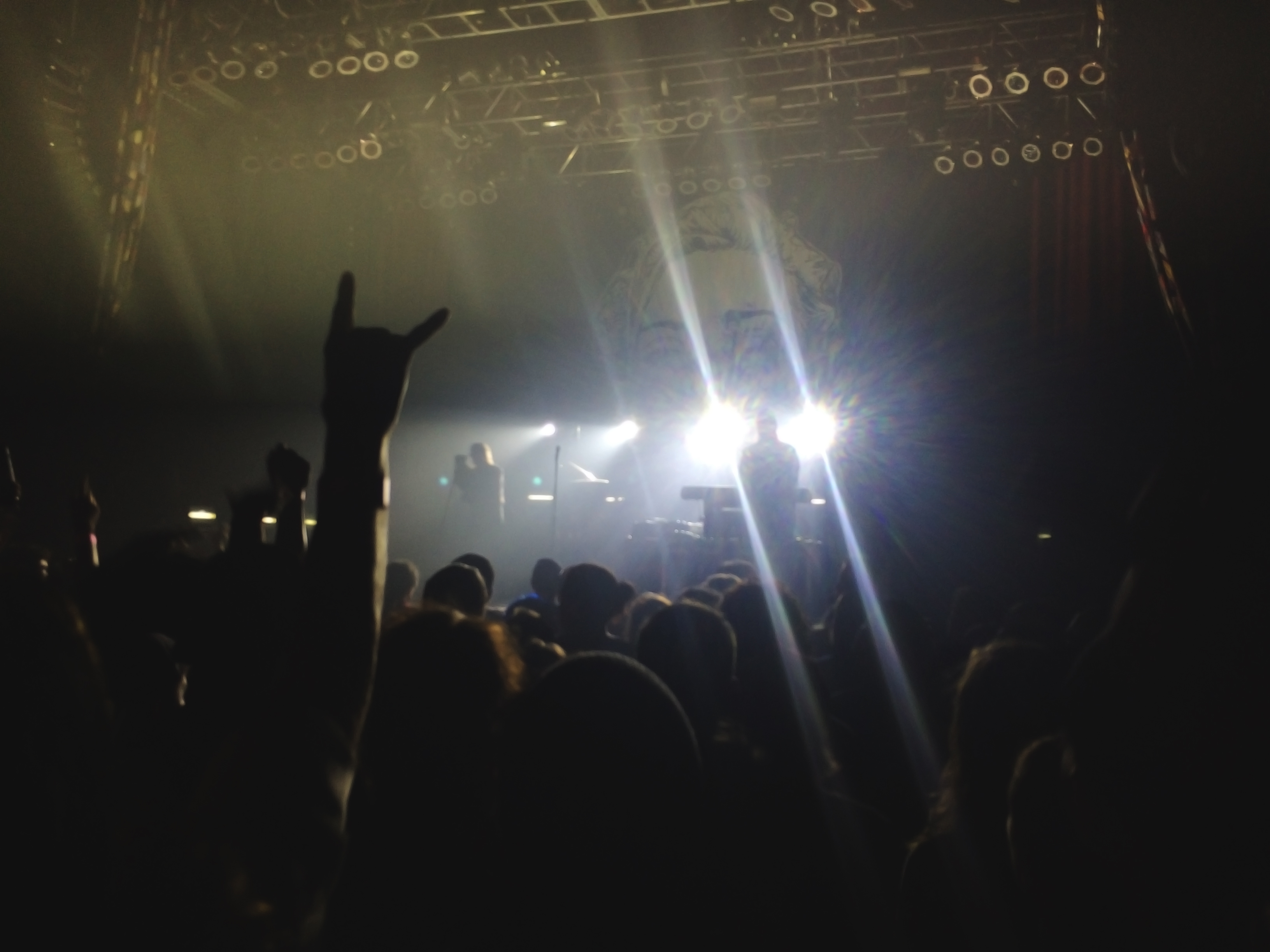 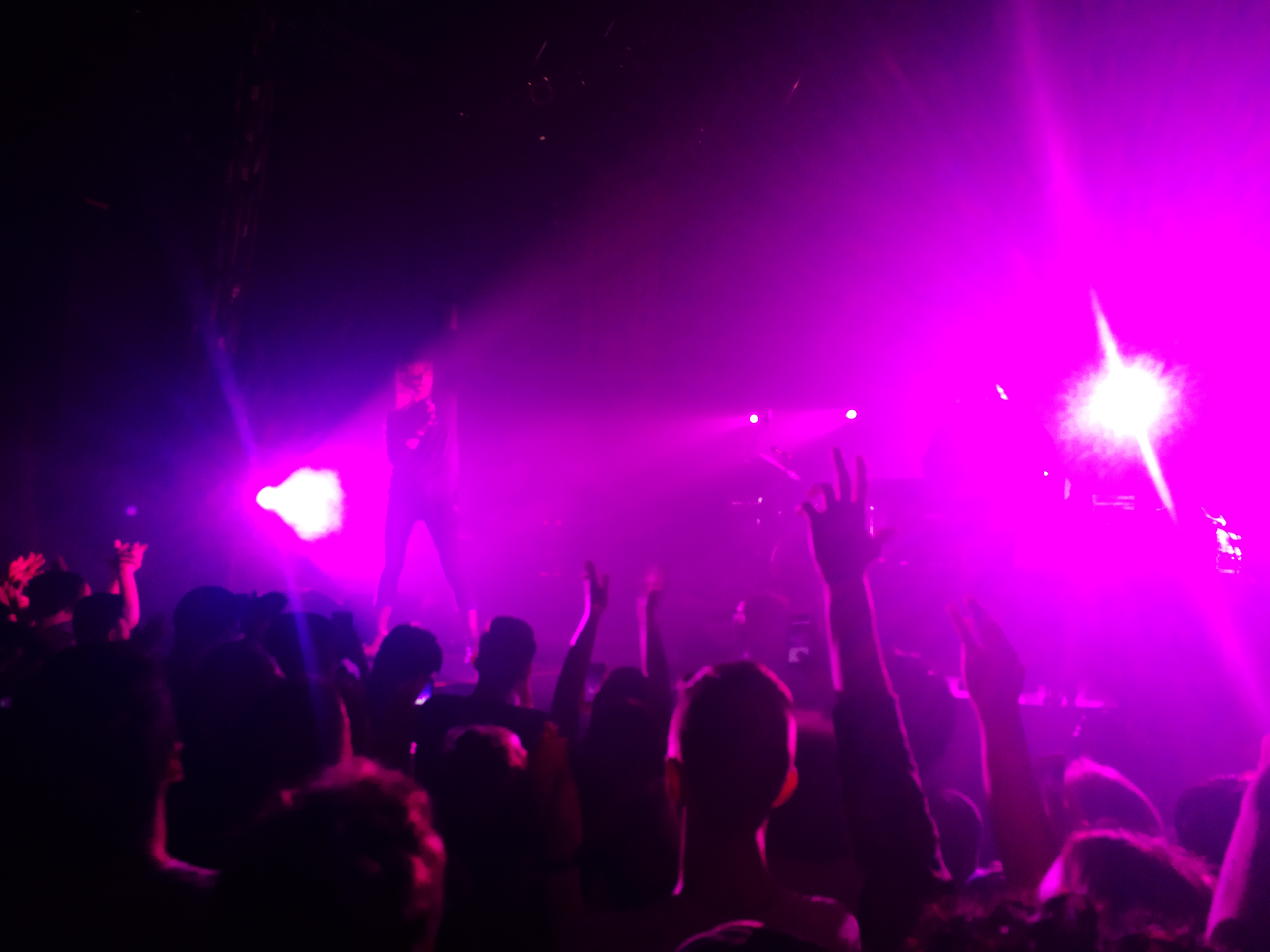 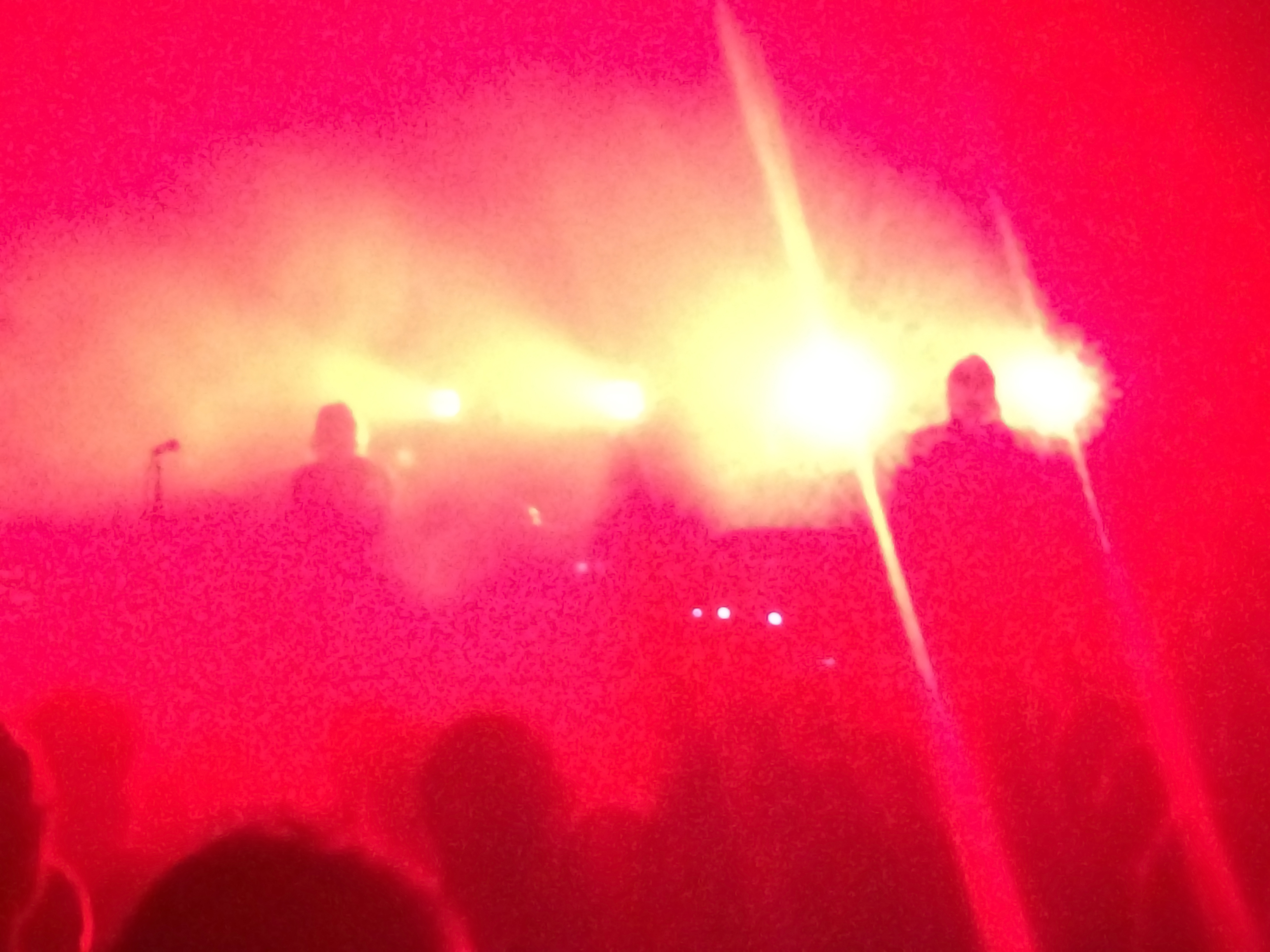 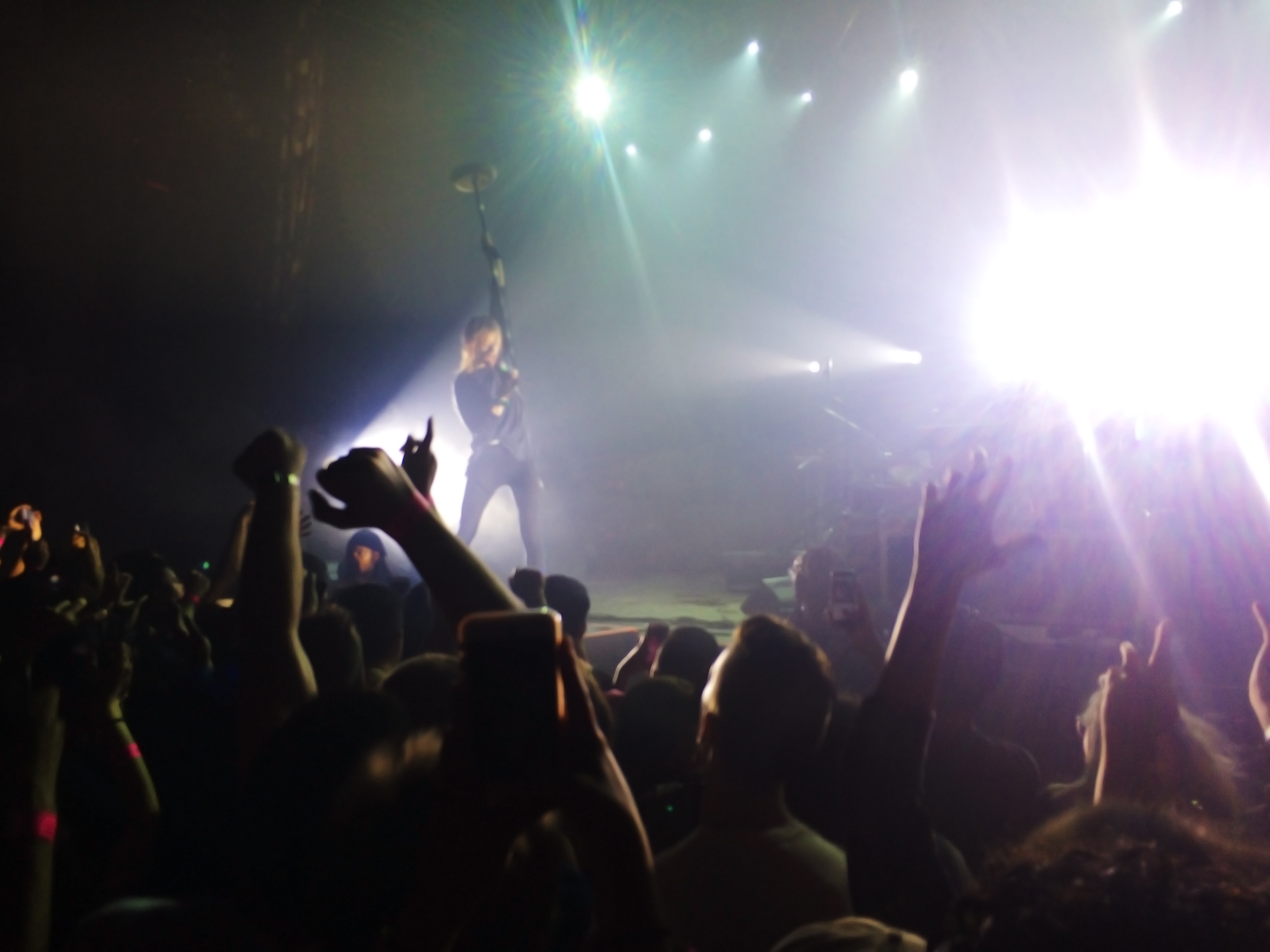 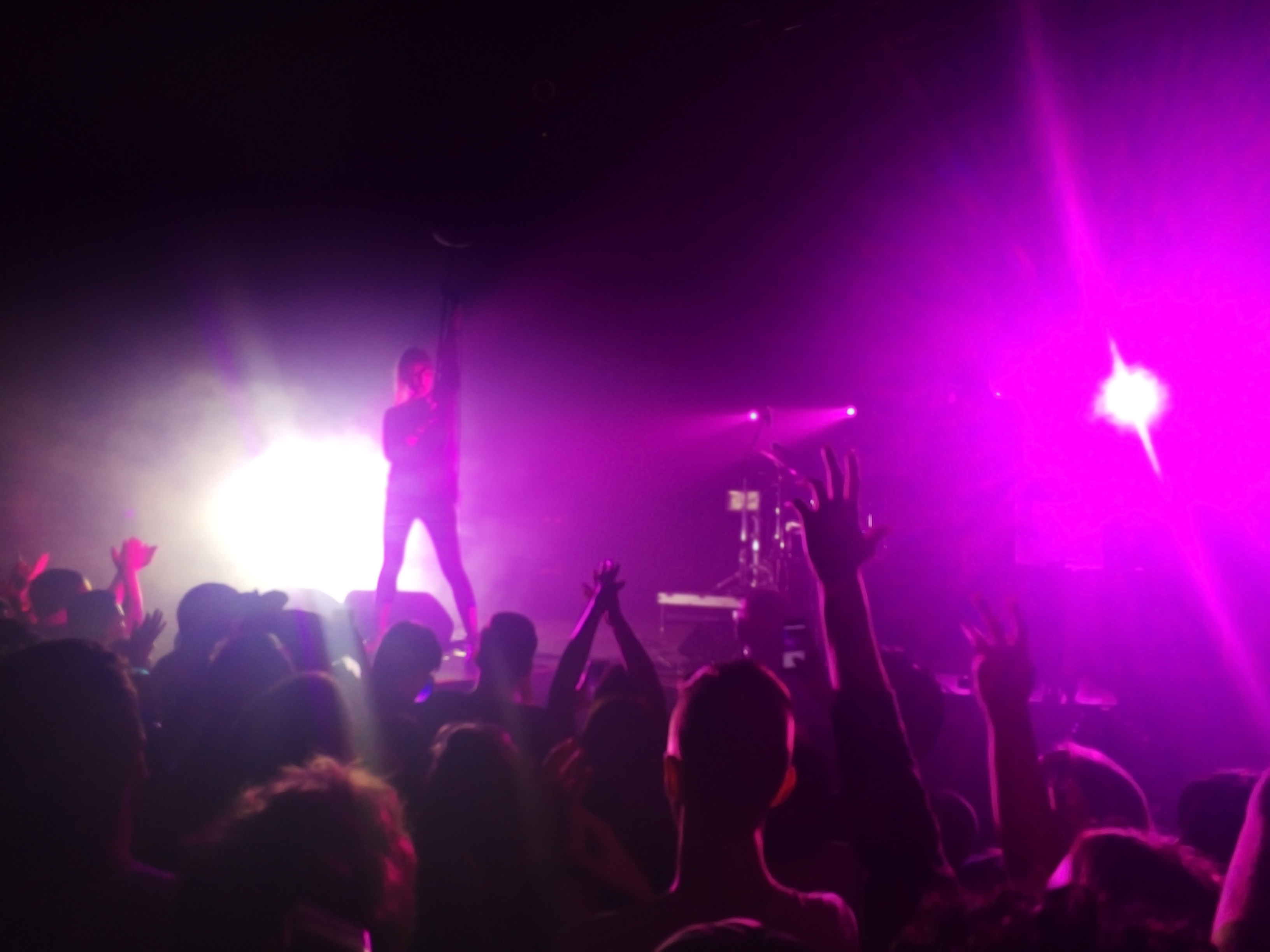 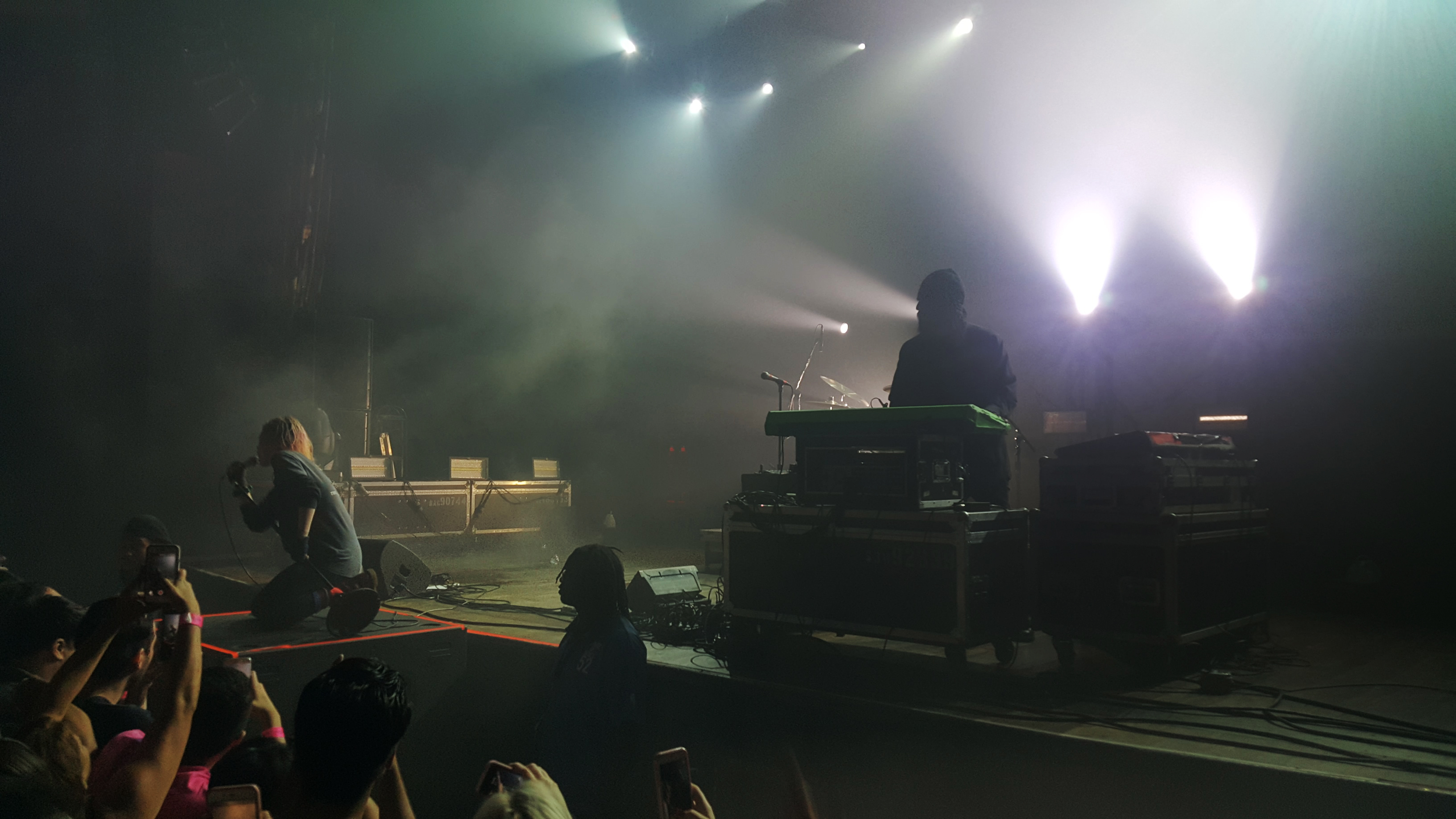 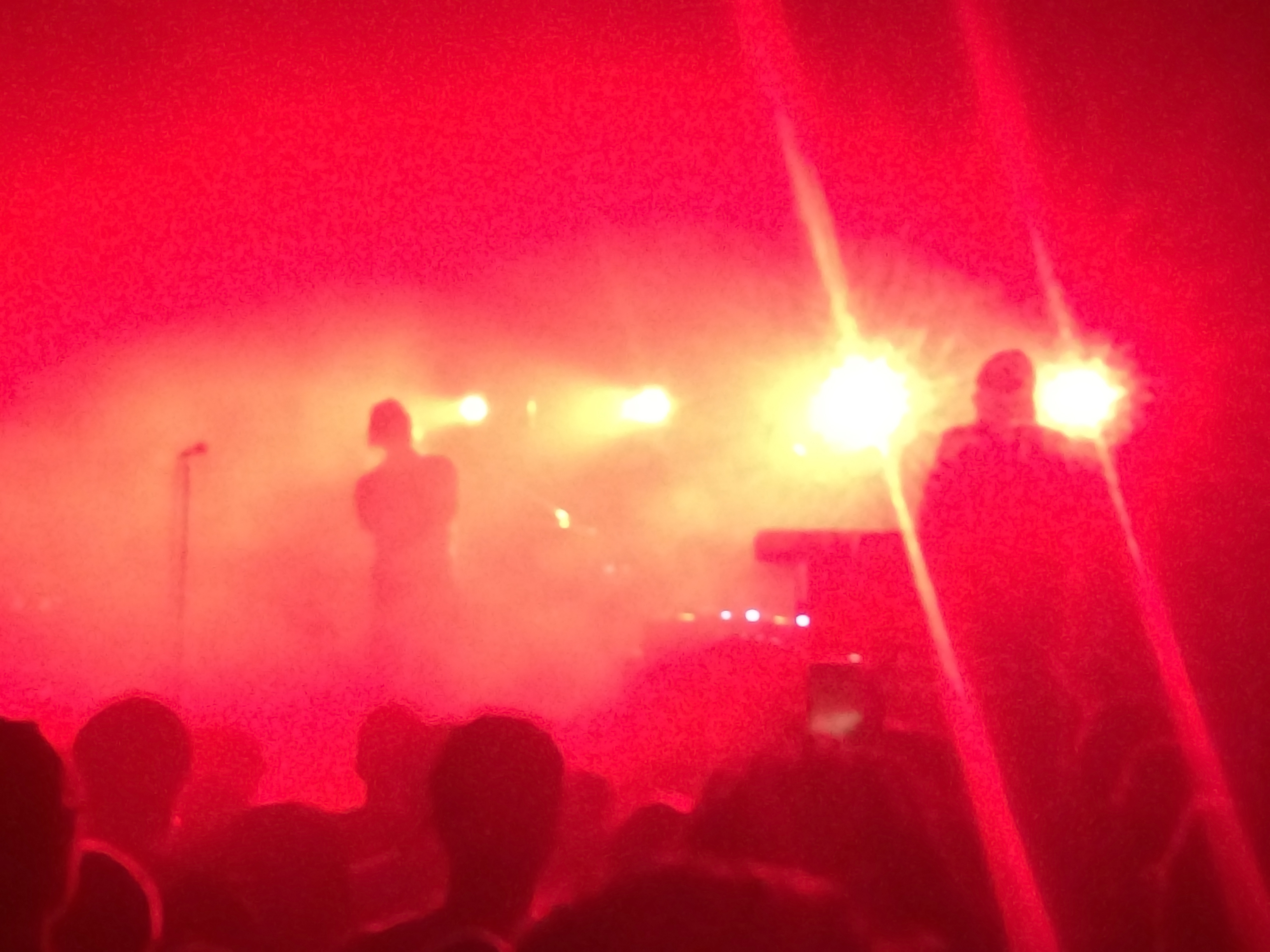 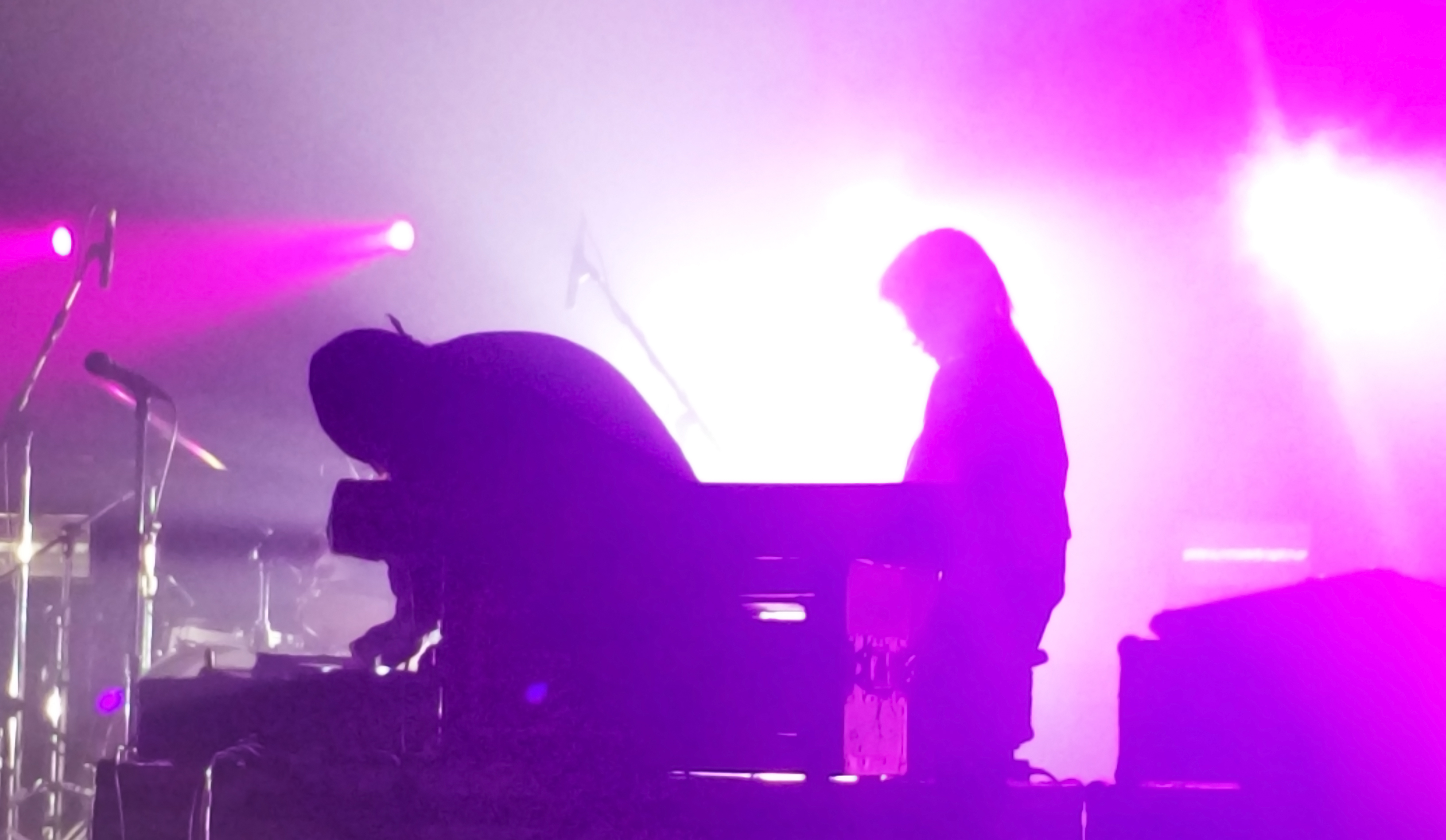 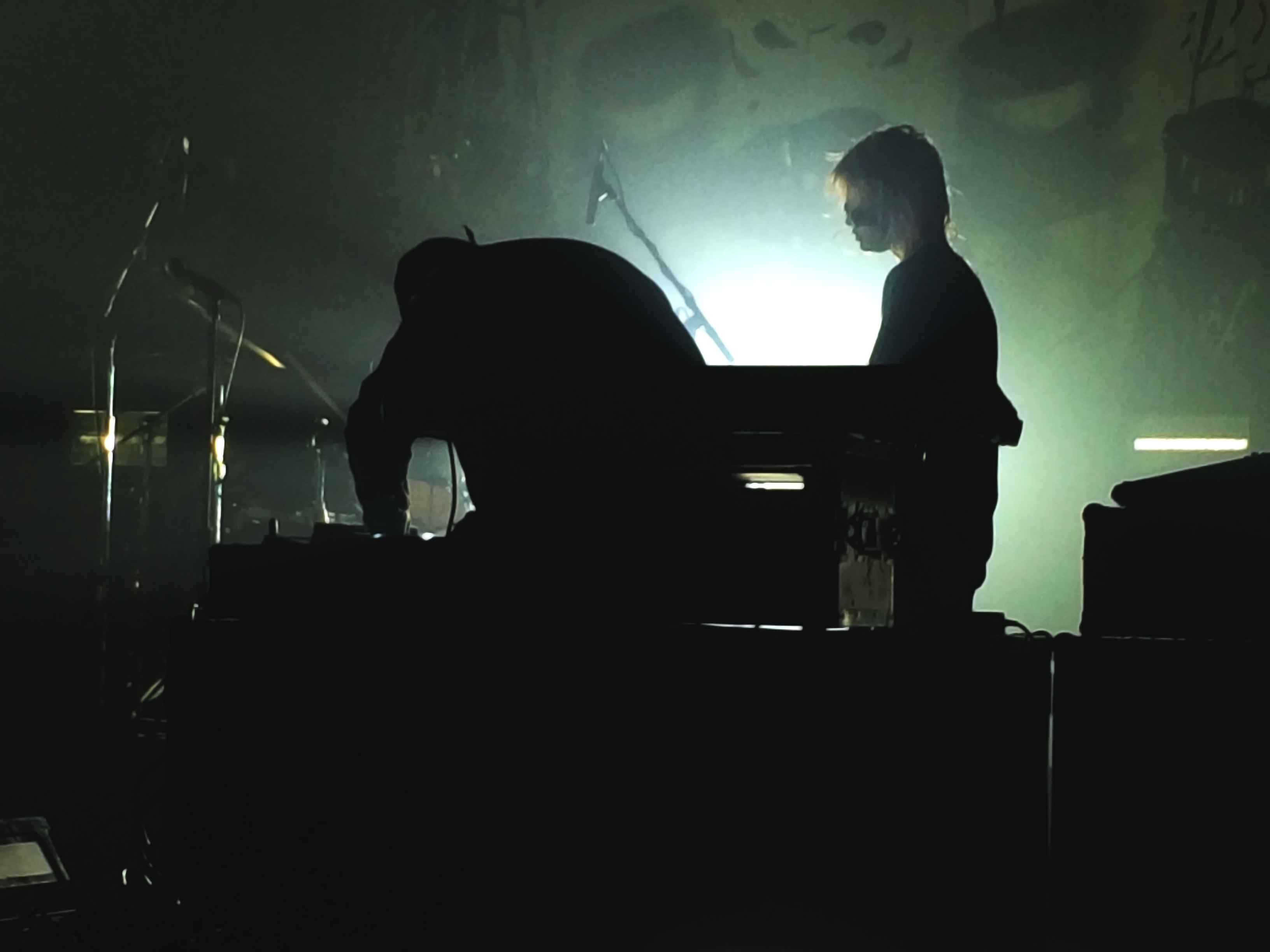 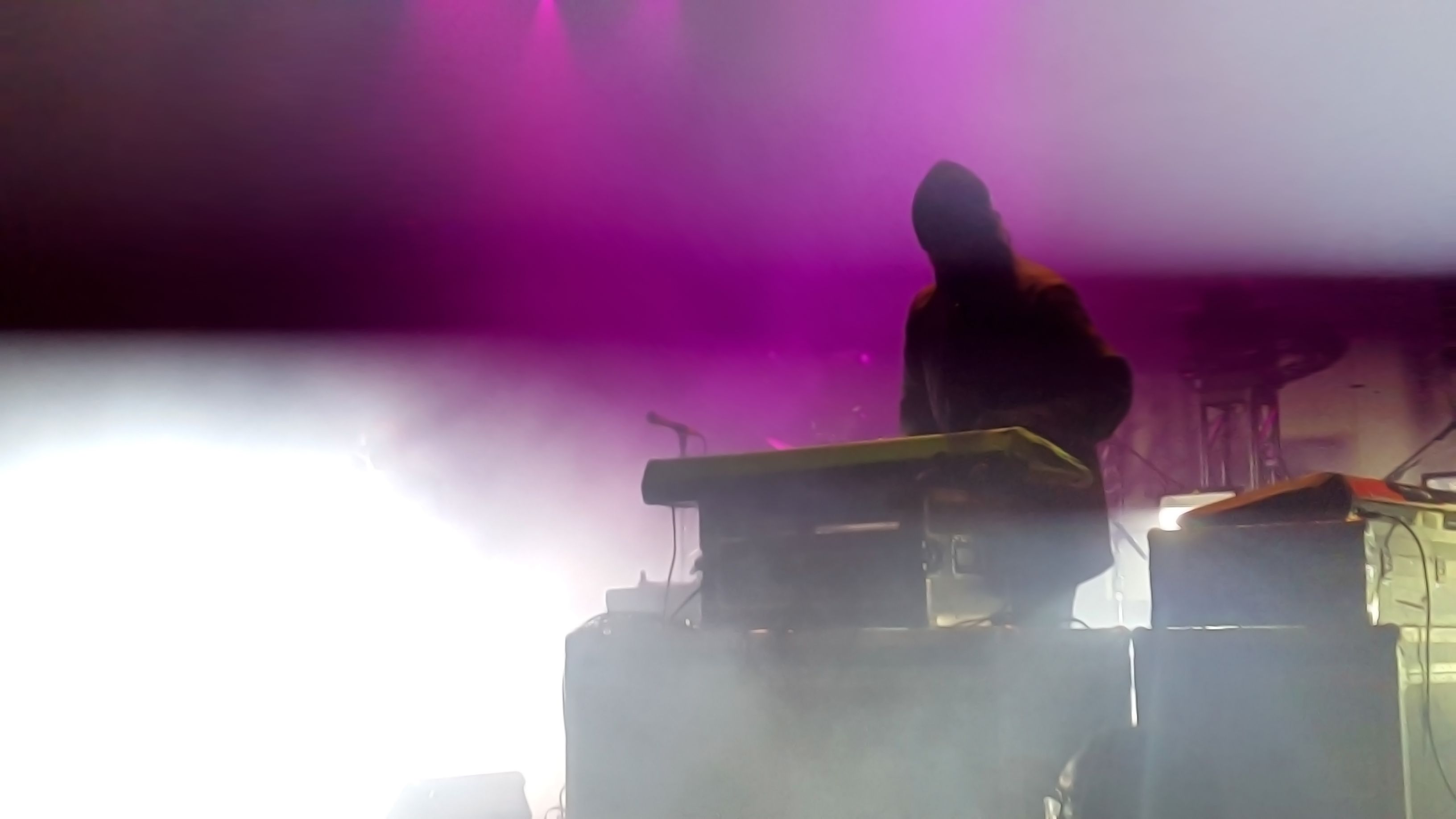