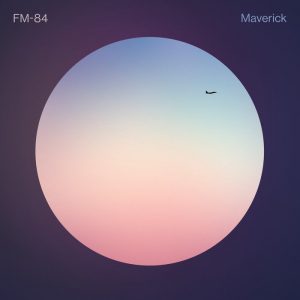 Based in California, Col Bennett, otherwise known as FM-84, is not an unfamiliar name in the synth wave music circle. With his success with his studio album Atlas in 2016, FM-84 quietly released Maverick in late September 2020.

Maverick (meaning independent) is definitely a good name for this EP. With only four tracks, you know each one of them has to pop out and be good on their own. With tracks evoking a sense of yearning for the stars and a calm city highway, Maverick is a perfect example of an artist hitting their stride and running with the genre that they’re currently dominating.

With excellent use of synths, guitars, and vocal arias, FM-84 is able to lift up the listener in an ethereal manner. It makes you feel like you’re floating in the air, until the hard kicks in Maverick and Fade (Running in the Night) ground you back on land with the grooves of the 80s.

Synthwave is a powerful genre, and oftentimes while it may be characterized as a choppy genre with a crunch, FM-84’s sound palette is very smooth and round, barely hitting the cusp of what typical retrowave/synthwave might sound like.

I’d definitely recommend listening to this album while driving during any time of day (although most definitely know synthwave is best at night), and if you’re looking for something with a little more vocals, check out his studio album Atlas as well.