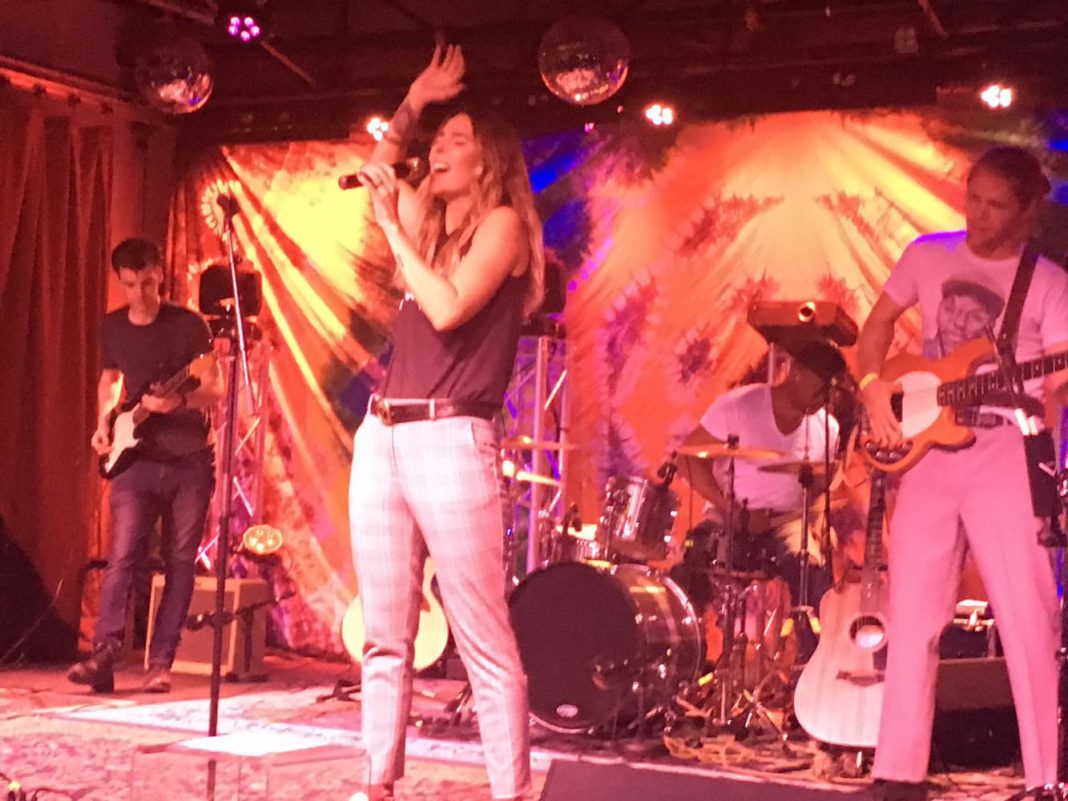 Independent Venue Week launched in the US in July, and the Dallas IVW celebration was hosted at Deep Ellum Art Company, featuring Jenni Tooley, the premiere of her web series “Smart Cookies,” and a performance by LEV.

Independent Venue Week, in short, is a week-long event giving support and visibility to small independent music venues across the country. Dawood Nadurath recently interviewed Rev. Moose, who is the Managing Partner and Co-Founder of the group that led the promotion and production of the U.S. installment of IVW, which was posted on the blog earlier this month.

Deep Ellum Art Co. provided a hip, rustic, and eccentric vibe, which complimented the night’s headliners justly.  Jenni Tooley started off the night, giving a recap of what “Smart Cookies with Jenni Tolley” was, and giving a big shout-out to the Dallas Office of Cultural Affairs for helping to make the project possible. “Smart Cookies with Jenni Tooley” is an interview series about all the amazing female talent-artists, musicians, actors, and others – we have in Dallas. In this first season there are six episodes, with each featuring a different “cookie” and cultural venue in the city. The episodes, starting that night, will be released on YouTube weekly. She also revealed that she baked the chocolate-chip cookies served at the show, which was very “sweet” of her.

Episode one featured Holly Peyton, known as LEV in the electro-pop music scene, interviewed at Deep Ellum Art Co. back in April. In Jenni’s interview with Holly, they covered a lot of ground- from how they met, to the inspiration behind “LEV,” and even the struggle of self-image and body dysmorphia within the performance industry.  The next episode, to be released July 18, will feature artist Marianne Gargour.

The vibrant tie-dye backdrop of Deep Ellum Art Co.’s stage created a beautiful contrast with the monochromatic-black outfits of the members of LEV. The mini-disco-balls overhead aided in getting everyone into a dancing mood. Let it be said: Holly Peyton is one of the most riveting singers I have seen in a long time, both with connection to her sound and interaction with the audience. She owned the stage with rhythmic movements mesmerizingly in-tune with her songs and band members. She performed songs such as “Shadow,” “Try,” and “Never Let You Go.”  She ended the night on a high-note with her latest single “Last Mouth Running,” which also has a new music video version released earlier this month. By the end of the night, she had everyone as the front dancing along with her on the floor.