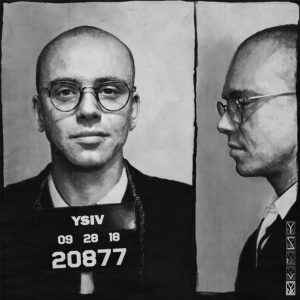 Only six months after his last album, Logic comes back around with a 14-track record, YSIV (Young Sinatra IV). Although it is the fourth in the series, YSIV is the first in the Young Sinatra series to be a full-length album, the other three being mixtapes. Following the general theme of the series, Logic brings listeners back to the 90’s in the days of east coast boom bap.

Logic doesn’t hold back on this album. He voices his opinion on the current era of mumble rap and attempts to bring the classic boom bap style back. Even starting from the second track “Everyone Dies,” Logic talks down to this generation of rappers:

“Rap game, homie, I been waitin’ for the payment.
All these little rappers come and go, wonder where they went.”

The concept of bringing back a classic style and dissing the current era of rap is unique in its own right, but it does get tiresome after a while. He brings up hype beasts, sipping lean, and mumble rap 10 too many times. Logic also re-uses similar lines throughout the album such as “Get this money and this cream”, which is used in three different tracks. With several exceptions such as Street Dreams II, many of the record’s tracks also feature very simplistic beats produced by 6ix (Argun Ivatury). They mostly have an old-school beat, but they are very generic with minimal uniqueness to them, even to the 90’s standards.

This album, however, is one of the albums I’ve enjoyed the most from Logic. Despite a couple of repeated lines, Logic’s lyricism and smooth flow is evident throughout every track. He doesn’t disappoint with his clever plays on words and various flow styles.

Logic’s song topics also vary throughout the record. He discusses serious matters such as his experiences growing up in poverty and his lack of a father figure, especially in the track “Legacy,” as well as lighter topics reminiscing about earlier rap and his good work ethic. His verses are also very motivational as he talks about his ambition and the hard work he put in to get where he is. He also shouts out many old school rappers such as Tupac, Biggie, Nas, and Wu Tang Clan.

Speaking of Wu Tang Clan, one of the tracks that stands out the most on the record is “Wu Tang Forever,” featuring every member of Wu Tang besides the late Ol’ Dirty Bastard. This track is over 8 minutes long, with full verses from Logic and each member of Wu Tang throughout. The track does not disappoint, with a unique beat that can please old-timers and the “youngins”. The beat goes hard, and matches well with Wu Tang’s style and flow.

Sharing the name with the album, “YSIV” is the epitome of Logic’s Young Sinatra series. With a heavy beat, Logic dedicates the song to the late Mac Miller, who passed away last month. In the song’s outro, Logic states that Miller played a big part of Logic’s career as a driving inspiration. The track features the chorus from Nas’ “Life’s a Bitch”, released in 1994. Overall, “YSIV” represents the entire theme of the album.

Although some aspects of YSIV can be repetitive, Logic does not disappoint in taking listeners through a nostalgic journey of old-school hip hop. The classic rap style mixed with Logic’s unique flow brings an overview of what rap once was.