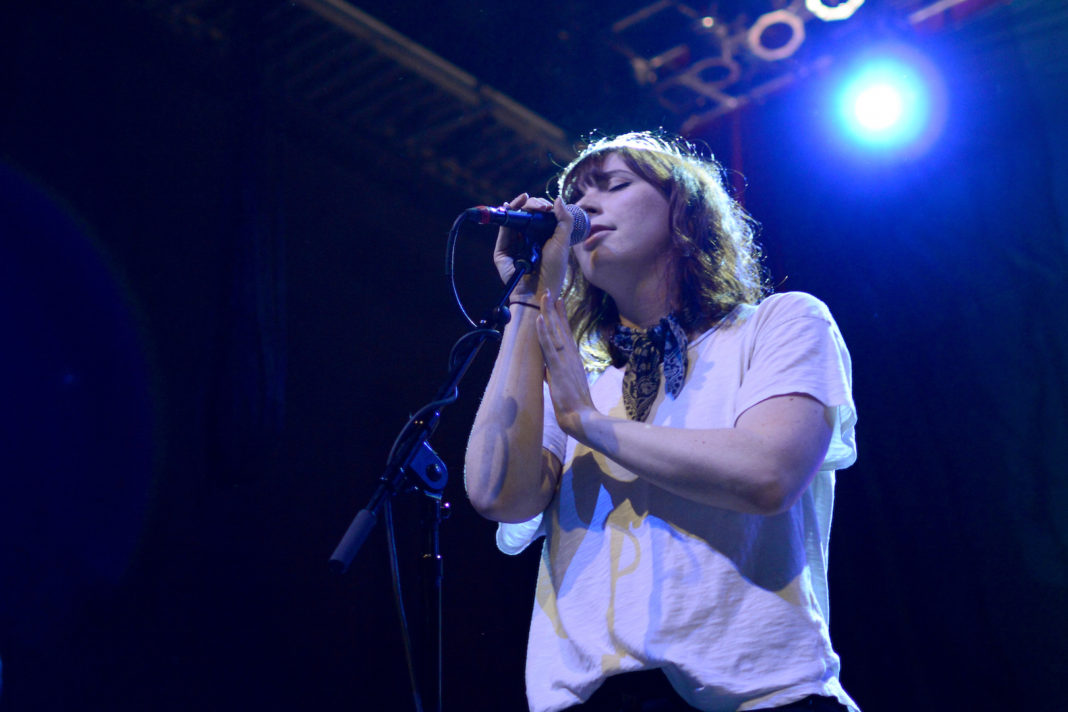 After a grueling few months on the road, the Texas-native band The Oh Hellos returned to their home state (T-Town, they called it) and brought the roof down at the House of Blues with the help of their friends Wildermiss and Jaylon Ashaun.

Backed by the drummer and bassist from The Oh Hellos, Jaylon Ashaun opened the night by running on stage and immediately taking control with his catchy beats and complete confidence in his performance. He spent his short set jumping from one side of the stage to the other, getting the crowd to dance along and encouraging them to “make some noise,” which they did. In the middle of his upbeat, original songs, Jaylon paused to address “the elephant in the room,” which was the fact that the (predominantly white) audience was here to see a (predominantly white) folk band but a Black pop/R&B artist was opening. He assured everyone that he felt right at home with The Oh Hellos and that the lineup makes sense, which I would agree with. His joyful tone and energetic performance absolutely pairs with the following acts. Now, my only misgiving was that after this speech, he sang a cover of “Apologize” by One Republic, which dredged up memories of being in middle school when that song was on every radio station. He sang it amazingly and the crowd loved it but it wouldn’t be my first choice of middle school songs to bring back. Wildermiss took the stage next after the fastest set change I’ve ever seen. Immediately, I felt the appeal of their music, which has the fun and the instrumentation of a pop band but the woodsy, adventurous underlying atmosphere of a folk band. The leading lady looped her wonderful voice over the two electric guitars and the drums played by the three other men in the band. The crowd got into their music but not as readily as they did with Jaylon. I felt their performance was restrained in some ways, that they could have broken into a fantastic jam at certain points but held back. Discussing their set with my companion, we concluded that the band didn’t have a consistent sound. It was hard to pin down a genre or a theme to their music and their lack of a bass guitar didn’t help. But they’re a relatively new band so I’m confident that they’ll find the right balance for their sound soon. And now I get to talk about one of the most amazing performances I’ve ever seen by a wonderful band: The Oh Hellos. The eight-piece band lead by Tyler and Maggie Heath came out strong with the title track from their newest EP, Eurus. Everyone danced around the stage, singing in chorus as the crowd followed suit. Drawing out the instrumental ending of the song, the lead guitarist took to the microphone and lead the crowd in two dances, the “These Pants Don’t Fit Like They Used to” dance and the “Fire Versus Heroes” dance, which involved half the crowd dancing like fire and half the crowd dancing like a firefighter with a hose. Then, leading into the next high-energy song, he told everyone to do their “Heart Dance,” the one so embarrassing but honest that your family will want to disown you. From there on out, the concert was a full on dance party. They played one banger after another from every release thus far, pausing every so often to collectively catch a breath, sing a slower song, then go right back to dancing.

The whole show culminated in a crazy, joyful finale when Wildermiss rushed the stage on the last song and danced with Maggie, spinning, waving their arms, and shaking tambourines, while the rest of The Oh Hellos rocked it, pounding the drums to pulp and shredding their vocals and throwing guitars. At one point, the violinist leaped off the stage and onto the rail, yelling and waving his violin. It was wild but I only saw half of it because I was too busy jumping and screaming along with them. To be honest, the concert is mostly a blur to me because of how much jumping and dancing I was doing. A beautiful, joyful blur.

The Oh Hellos played a two song encore, bringing back the energy with “Trees” from their first, self-titled EP. I was exhausted and sweaty but mustered up enough strength to dance once again. I almost missed when their second drummer grabbed a snare and jumped into the crowd and successfully crowd surfed for a few seconds. As that song ended, the band emptied the stage, leaving Maggie and Tyler with only a guitar. Their beautiful voices joined with the audience’s chorus to sing “I Have Made Mistakes,” ending the night on a peaceful and joyous note.

The whole night was wonderful and celebratory, perhaps even more so than my first experience seeing The Oh Hellos in 2016. I can’t imagine they’ll have the energy to get back on the road and tour again any time soon, but after they’ve recovered and they announced another Dallas show, I will be the first to get tickets and I recommend that you be the second.