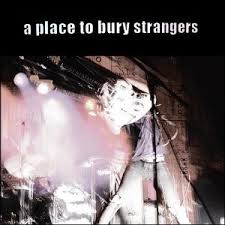 When listening to A Place to Bury Strangers self titled album you cant be sure where they started, where theyre going, or when theyve arrived but you will be certain that the ride will be intense and will leave you wide eyed. The sound from your speakers is so loud and fast that a grimace grows on a pacifist face many miles away, yet you cant turn down the volume.

Its amazing how this 3-piece group is called the loudest band in New York, but believe me when I say they can bring the noise. Just when you thought that bands like Interpol, Editors, and Liars completed the post-punk movement this album cranks up the sound and adds some new wave too.

The retro feel of Dont Think Lover is a contrast to To Fix The Gash In Your Head which reminds me of New Order. This album stands on the shoulders of other greats like Jesus and Mary Chain, but they arent great themselves yet. That isnt to take away from other more unique tracks like The Falling Sun where the lead Oliver Ackermanns robot-like monotone voice acts as a corollary to the relentlessly dismal atmosphere that the clash of the guitars creates. This brings me to my next point.

From far away, 50 extra years, and a dearth of tolerance you might hear this album and think, turn that racket off!, but I assure you the clash has an almost mathematical syntax that makes you believe every stroke of the guitar has a purpose to fulfill the next. The chainsaws and industrial machinery effect of this music may turn many people off even with my warning.

With that said, I dont think their intention is to break into mainstream (albeit impossible) but if youre a fan of post-punk, loudrock, or shoegaze, you should hurry and snatch one of the 500 albums in production.