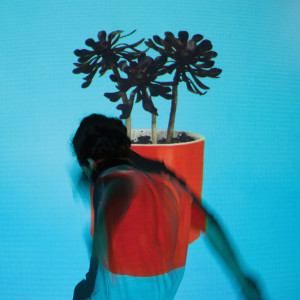 The third studio album by Local Natives Sunlit Youth pushes their sound forward as they boldly move towards a fusion of indie rock meets synthesizer. Ryan Hahn hinted of the new project “a lot of the excitement in making this new album came from discovering how to make songs in different ways… We wanted all the new songs to have a different energy, to challenge ourselves to do something different each time.” The new direction is clearly established in the first track “Villainy”, where the classic vintage Arp synthesizer bubbles in and out of the song as it battles for prominence against the all too familiar Local Natives-esque guitar melody.

The dance between what’s familiar and innovative becomes a theme throughout the record and the listener is left unsure which vice ultimately won. It’s like seeing your favorite artist paint your favorite painting with glitter. The end result is shocking and pretty, but it’s also on the edge of borderline tackiness. Songs like “Fountain of Youth” have good intentions, but the message of youth rejecting the establishment gets lost with the typical formula of a quiet bridge leading to an explosive final chorus where the empowering refrain “we can do whatever we want” is repeated. It almost feels like it could be played in the background of a Hollister summer sale commercial. “Masters”, “Coins” and “Psycho Lovers” on the other hand deserves praise for nailing the balance right between the new and the old.

The electronic instrumentals, guitar melodies, and vocal arrangements complement each other and shed light on the new sound Local Natives could achieve potentially in the future. The band offers a respite from all the change with “Ellie Alice”, a song that sounds more like it could fit on the band’s sophomore album Hummingbird. Lyrically the band maintains tradition and sings straightforwardly, which makes the songs accessible and memorable. Sure there are lines such as “heard they’re still playing songs on the radio/ your kids won’t know what the thing was for” in “Masters”, which is almost as annoying as the term “millennials” itself. However, there are haunting lines like “In a thousand ways/ the sound of pockets jangling/ the sound of broken glass/ in a single frame/ closer gets television/ everyone’s tuning in” in “Mother Emanuel” referencing the North Carolina shooting in a way that candidly talks about a recent, horrifying historical event simply but powerfully.

The rest of the album is landscaped by romanticized youthful desires such as pining for love, loving your home, and embracing life. Sunlit Youth might not be the band’s strongest project, but holistically it works well for a band that is known for swirling melodies and escalating drums. At its core, Sunlit Youth remains true to its roots, and any fan of Local Natives can appreciate the band for preserving the fundamentals. As for what’s new-just try and keep in mind that glitter is fun.