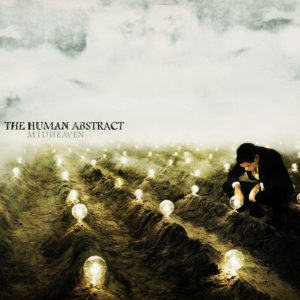 According to various sources, “Midheaven” is one of the most important birth signs in astrology; it indicates reputation, status, goals and aspirations. From the looks of this release – life won’t be too good to the boys of The Human Abstract.

I literally cringe at the thought of replaying THA’s sophomore release, Midheaven.

Though many were not a fan of the self-described “classically influenced” Nocturne, their 2006 freshman release, I thought it was a better-than-decent first attempt at a work of art. There was some sort of smooth complexity in it all. Midheaven, however, falls far short of this mark. In the fateful two years between these releases, something went horribly, horribly wrong. I wish i had not spent $10.40 on Midheaven and I can’t figure out how Hopeless Records justified spending money to produce this album.

The songs are sloppy. There is no continuity, no fluidity. There is an epic clash between attempted creative endeavors and an urge to create a sing-a-long that could be found blasting from any Clear Channel station, black-clad teen with spiked black hair swept behind a trendy bandanna behind the wheel. I’m not sure even Clear Channel would pick this up. The “techni-metal” stabs and fancy (though usually out-of-place) guitarwork are placed right beside mysterious noise and synth experiments and crooning lyrics that make no sense. Not to knock it all… there were a few spots in a couple tracks that raised my hopes… but they were soon crushed again. Nathan Ellis should stick to anything but “singing”.

If you had your pick of 200 angst-ridden 16 year-olds, I would bet my left foot that 189 of them could write better lyrics. 178 could likely sing better. ALL of them could recognize that a brazen attempt at complexity went horribly, horribly wrong.