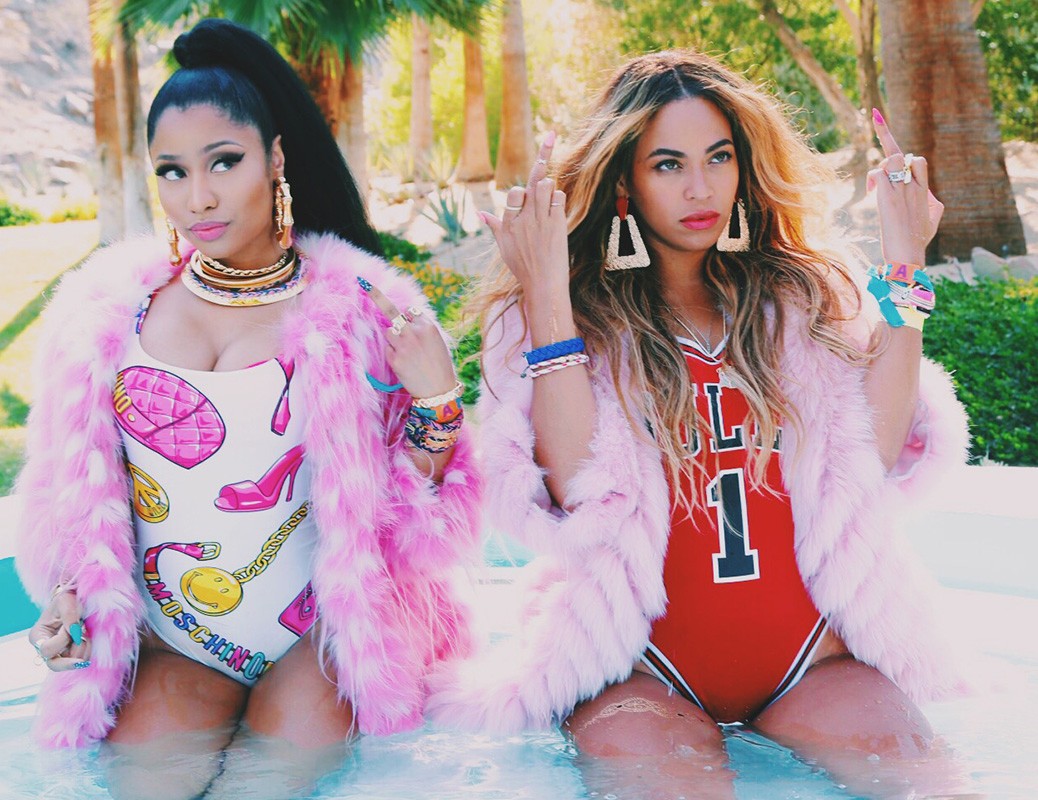 Nicki Minaj is the most famous female rapper of all time. This emcee has won multiple awards including Billboard awards, American Music Awards, MTV Awards, as well as dominating the category of Best Female hip hop artist at the BET awards for the past 5 years. Before Ms. Minaj came to the forefront, a slew of brilliant female hip hop artists were center stage. These include acts like MC Lyte, Missy Elliott, Queen Latifah, Remy Ma, Eve, Foxy Brown, and Lil Kim.  Although These OG female rappers have made a great impact in Hip Hop , most have moved onto other avenues of entertainment such as acting, and producing.  Thus, ushering in a new era for up and coming female hip hop artist. This list is a collective of female rappers already making a splash in the hip-hop world.

Hailing from New York, Princess Nokia has been rapping and singing for the past 5 years She gained mainsteam buzz in 2012 with her song “Bitch I’m Posh”. She recently performed at Afropunk and a few other festivals around the country. If you are into eclectic hip-hop infused with neo-soul, and electronic music that pushes a strong women’s empowerment message, then Princess Nokia is for you.

Rapsody, who has been rapping for about 8 years, got a major break when she was featured on Kendrick Lamar’s  “Complexions” off of his critically acclaimed album To Pimp A Butterfly. Her sound is a combination of neo-soul and experimental jazz. If you are into conscious rappers who are lyrically very sharp and speak about racial, political and social issues then Rapsody should be right up your alley.

The start of Kelow’’s career has been a bit unusual, although the Forestville, Maryland native represents the DMV, her music was heavily played in Europe, specifically Sweden, where her initial fan base began. With more music came more recognition and the emcee has gained a lot of attention from hip hop publications like XXL. With her soundcloud having more than 50K plays, and her song “Finna” attaining 36,000 views on youtube she is really gaining steam. Her sound is  a mix of heavy hip hop beats and neo-soul.

Hailing from Miami, Florida the rap duo The Step Sisters consisting of Nena Blaq and Mona Vinci, have a unique sound that infuses the beachy and Caribbean vibes of Miami with the trap beats of Atlanta. They have gained a lot of attention with their most recent song “Dope Bitch”, which has received upwards of 7000 plays on SoundCloud.

The 21 year old chicago rapper started her career in 2012 when she dropped her first mixtape. She is aptly named the”Queen of Drill” as her music strongly has the South Chicago drill sound. Her mixtape Zero to 39 garnered a lot of attention from the underground hip-hop scene from across the US. She recently teamed up with the producer/DJ  Carnage to create a more universal sound. But don’t worry, Drillary Clinton 3, the best named mixtape since Rich Homie Quans I Promise I Will Never Stop Going In, is coming soon.

This female  rapper from Queens first popped on the scene in 2011 when she dropped her BAD mixtape. Since then she has collaborated with artists like K.Camp, Maino, and Timbaland. With over 240K views on Youtube and 415K plays on Soundcloud she is gaining more and more attention from hip-hop fans. If you like trill beats and smooth R&B sounds then she is for you!

Born in Brooklyn, this emcee gained steam in late 2014 when Erykah Badu tweeted her song “Cream Team”. From there she caught the attention of many hip-hop blogs and fans alike. She recently did a lecture on her success, women’s empowerment, and hip hop at Yale University. If you like classic New York sounds mixed with traditional trap sounds, and A LOT bravado on the mic, then JunglePussy is for you.

The always outspoken, extremely abrasive, and at times very insightful Azealia Banks has definitely made a name for herself in the music industry.  Unfortunately, many think that name starts with a B and rhymes with witch. From her impassioned speeches about cultural appropriation, to her tasteless homophobic remarks to her feud with…well everyone, Ms. Banks is definitely outspoken. This freeness and outspoken nature is showcased in her music as well which is what draws fans to her art. Her sound spans a wide range of genres, but is mostly hip hop with a mix of house. She’s the biggest female rapper next to Nicki Minaj, so maybe someday Nicki will have some competition in the form of Banks.

The 19 year old songstress and rapper , who is originally from Zimbabwe has definitely made a grand arrival into the music scene with her debut album Switch Tape released in 2014. With her music video for her song “Switch Lanes” obtaining more than 390K views on youtube it’s clear this young emcee has a lot to offer. Her sound is a combination of upbeat house beats, and hip-hop, and electronic sounds.

In an industry so heavily dominated by men it is nice to see so many talented female rappers gaining success in the hip hop world. Check these artists out for the diversity they bring to hip-hop, and the diversity of their music.