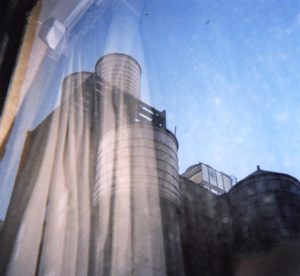 Sun Kil Moon is a one of a kind experimental folk group from a small town in Ohio. Lead by Mark Kozelek, Common as Light and Love Are Red Valleys of Blood is their eighth studio album. Sun Kil Moon is based in folk, with a melancholic sound and a reflective message, centered on Kozelek’s personal lyrics and the long-winded narrative that he weaves through them.

Sun Kil Moon may be billed as a folk group, but that’s just where it begins. They show their musical range on this record by moving from one style to the next on a dime, repeatedly, and in the middle of songs. Many of the tracks feature lo-fi bass riffs and funky drum beats that give way suddenly to sections of spoken word over backdrops of harmonious nylon guitar pickings. These changes of style keep songs interesting despite an average song length of over eight minutes. But the real beauty of the artist and each of his album are its rich stories.

Common as Light and Love Are Red Valleys of Blood is a whole mouthful. It’s two hour runtime is long and daunting. Kozelek’s raw and unfiltered stories about death, crime, technology, society, getting older, and other personal stories give detailed rundowns and explanations of mundane thoughts and observations that came to him in 2016. Common as Light is packed with obscure references to older television shows and movies that are intended to illustrate the age gap between Kozelek and his much younger Millennial audience.

Politics are a major theme on this album particularly in the track “Lone Star.” Kozelek talks about being banned from playing in San Antonio because someone had labeled him as sexist. He talks about transgender rights, saying that transgendered individuals should be able to use any bathroom they want. He criticizes Millennial’s obsession with phones and social media. Kozelek speaks out against Trump, saying that he will constantly be on the news and that we as a society created him for entertainment. He comments on all of this in the same song, meandering between loosely connected topics until he feels content.

Stories about murder and serial killers prompts a curious fascination, detailed in the song “Stranger Than Paradise.” He describes seeking out a specific hotel room because of a murder that occurred there three years ago. He spends time investigating the room and it’s surroundings to learn more about why the murder took place. He eventually reaches the conclusion that no matter the reason, the important thing to remember was that the victim’s life was taken away, and that her parents must have been destroyed by that action.

Kozelek’s songs are sad, disillusioned and sometimes pointless. He finds it reassuring to be able to understand how someone else thinks through this “stream of consciousness” style of lyricism and lengthy story telling. Each song shares so many details and are so intimate to Kozelek that it’s easy to feel a real, personal connection to him listening to this album.