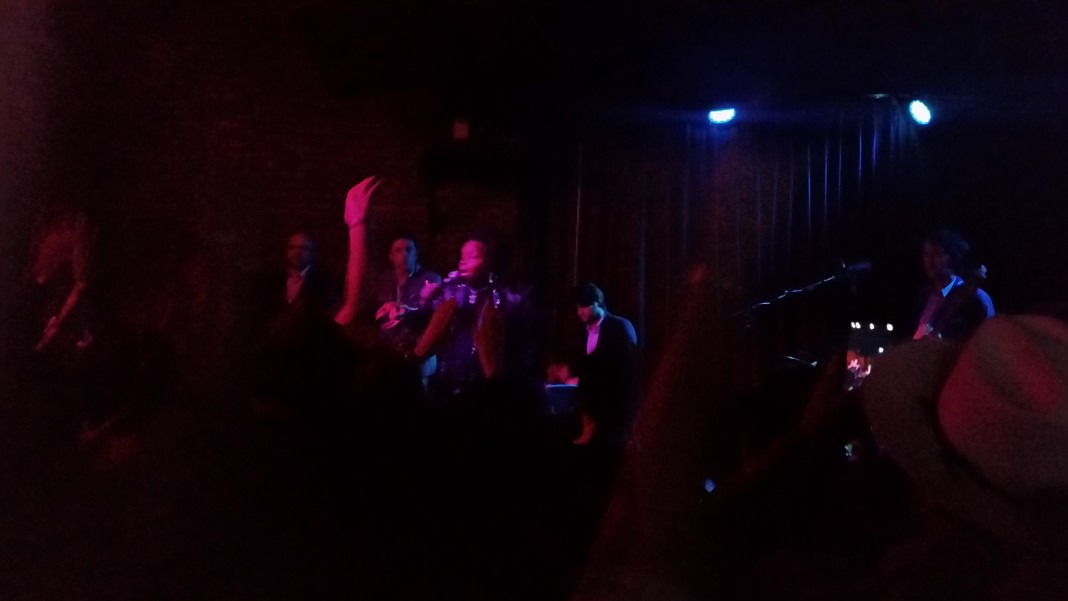 The evening inside Club Dada acted as solace to the otherwise hectic streets of Deep Ellum during the Deep Ellum Arts Festival. However, by the time Kirk Thurmond & The Millennials took the stage one could easily tell that it’d only be a matter of time before the overall bustling energy of the festival would slowly creep its way into the deceivingly intimate show. Thurmond performed a type of modern soul and r&b that had strong roots in hip-hop, jazz, and gospel. While his band performed with hot intensity, Thurmond maintained a cool demeanor throughout his set as a sort of calm commander towards his band and his audience, though not to say that he didn’t allow himself the pleasure of getting down when necessary. Thurmond and his band evoked a modern likeness to Bill Withers and his band due to their similar instrumentation and style. As more and more patrons filed into the room, the more lively the venue became. Going from slow ballads to fast jams, the group expertly navigated their way through different feels and grooves to make 4/4 interesting. The climax of the set was a Cissy Strut-esque jam that began with a unison riff between Thurmond and his bassist that grew from a shuffle to a heavy improvisation, and then back down to the unison riff it started with. As Thurmond bid farewell to the now packed standing area, the anticipation from the crowd grew noticeable.  The Expressions all wore suits and performed on mostly vintage gear that alluded to the time in which their faithful leader originated. The band started with the instrumental All I Need off of Emma Jean, which allowed Mr. Fields to be introduced. Lee Fields satiated the calls of his audience as he hopped on stage and got down to the Expression’s tune, topping it off with soul screams. This was done in a similar vein as James Brown would have introduced himself during live performances. Brown’s influence over Lee Fields is evident through almost every aspect of his performance, however, through his decades of constant work, Fields has developed his own slightly different sound. Following his intro, Lee Fields & The Expressions went into Talk To Somebody with vivacity, not giving his audience a chance to get distracted from his talent. His set consisted of many tunes from all three of his albums, however, most of the set consisted of songs from Emma Jean. The songs he performed from Emma Jean had a more grittier tinge to them, possibly due to them being newer. Fields still played high points from his two previous albums, My World and Faithful Man, with songs like My World, Ladies, Faithful Man, and I Still Got It, which was meet with singing along from the audience. Lee Fields stage presence was that of a seasoned performer, for he what his crowd would react to. He would exclaim, “Clap like this!” or, “Wave your hands like this!” He departed the stage after exclaiming, “I love you,” and then climbing down into the crowd to shake hands with the audience. This was when Lee Field’s personality and humbleness was truly revealed as he hugged and greeted his fans with some of the warmest and most sincere smiles.