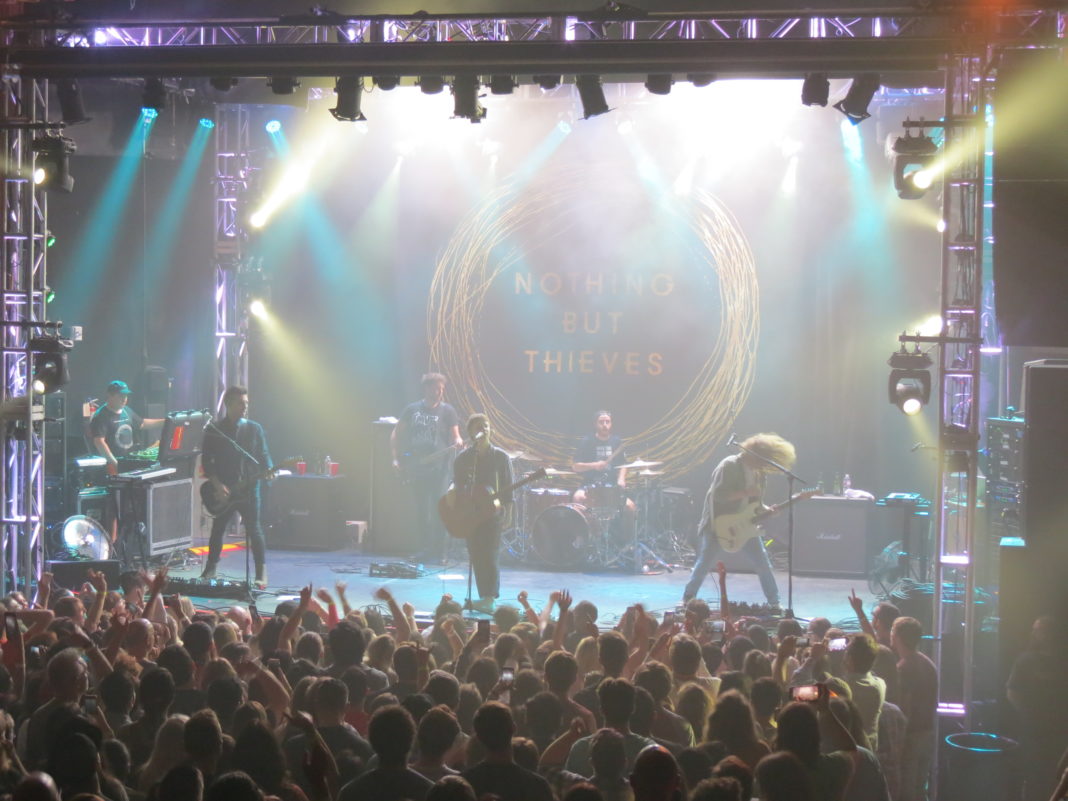 The room is full of smoke, murals adorn the walls, a packed room of rockers wait at Granada Theatre for the first ear shattering chords and are not disappointed. The first opener, Demob Happy, was 3 guys straight from 70’s rock. They had the long hair, the British accents, the jorts, and the energy in spades. They pounded away on their guitars for an overall sound similar to the hard rock guitar part of “Barracuda” by Heart.

The next opener came out like it was their own show. Grandson is the name and convincing people to vote for Beto is the game. The lead singer immediately upon entering the stage launched into speed talking about how his set is about power and who should have it, before bursting into their first rocking song. The second each song ended he would start preaching about mental health or how everyone should be safe in their own homes or how “Ted Cruz is selling power to the highest fucking donors.” There were volunteers registering people to vote in the lobby of the theater and I’m curious if them being there was single-handedly Grandson’s doing. For the actual music part, they also played like it was their own show. They had some clean sounding, hard hitting rhythms and fantastic songs. They would do a half rap, half rock sound for a lot of it, reminiscent of Twenty-One Pilots, but better. Grandson accomplished their two goals of playing a fantastic, energized set, and hopefully getting a few more Beto voters.

Nothing But Thieves came out awhile later, and the long gap may have been good because honestly Grandson would be a little hard to follow up. However, the crowd was there for Nothing But Thieves and the energy in the room skyrocketed when they took the stage. The band was very appreciative of everyone in the audience, commenting on how that was a big venue for them, and when they asked how many people had seen them before about half of the packed room cheered. Their music was more of the mix of the two openers, loud and as rocking as the first, but as clean and rhythmic as the second.

The best part of their performance was the dynamics they would fly through within a song. Particularly in “Broken Machine,” the title song for their last album, they would bring the volume and intensity down for some verses and then dial it up for the chorus repeatedly and then bring it all together for a sing along of the line “my heart goes forward and my head goes back” which engaged the crowd immensely. They carried that forward to many other dynamic changes within the set as well, such as in “Particles,” a lovely, quieter ballad, that built to full rock once again. They ended the long night with an encore of a few songs including “Itch,” one of the best of the night, and the semi-usual concert send-off of making the world a better place.