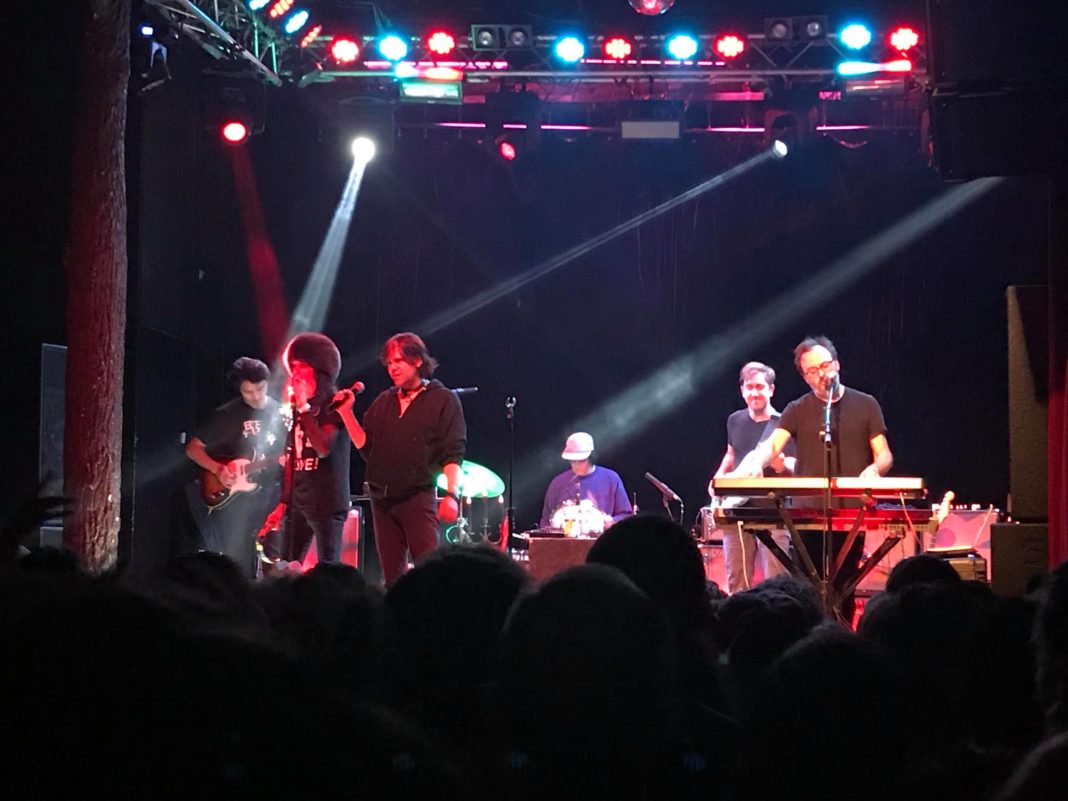 Trees hosted Ariel Pink and his eclectic touring partners this past Saturday. Stand-up comedian slash DJ Nina Tarr kicked off the show, and Bite Marx followed her with their signature loudness. Ariel Pink took to the stage finally and brought back fond memories of high school.

Putting on her stand-up comedy hat, Nina Tarr entertained the crowd as the opening act. Her humor covered the eccentricities experienced by a California upbringing. Her takes on Orange County women, frat guys, and plastic surgery culture encapsulated the environment Ariel Pink’s music comes from.

The tone shifted once Bite Marx came on after the intermission. Trees’ notoriously loud sound system and Bite Marx’s sound paired for an ear-melting experience. It was a brief, noisy set that shook the guts of anyone in the front three rows.

Ariel Pink took the stage and opened the show with Another Weekend off his newest record. The crowd took to him immediately and the energy never waned. He performed nearly all the songs from Dedicated To Bobby Jameson. “Bubblegum Dreams,” “Dreamdate Narcissist,” “Time to Meet Your God” were all heard. He closed the set with his cover of Donnie and Joe Emerson’s “Baby.” The encore happened and it ended with Round and Round.

The show went through multiple phases of Ariel Pink: shirted, shirtless, and crowd-surfer. It was an interesting night featuring unconventional acts which seem to only make sense at an Ariel Pink show.