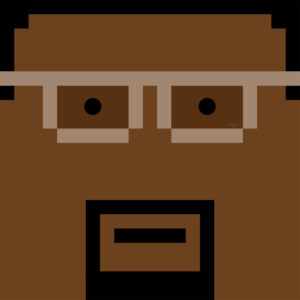 The magic of the album interlude is often understated. For Karriem Riggins, he would contest to this, so much so that he created an album of interludes. Breakbeats, mellow drops, sample swaps and gentle builds fade in and out and line up one after another on Headnod Suite, which is an album of ideas more than an album of concept. The simple collection has a very subtle eclecticism and nuance, only mildly varying in energy but exploring the range of hip hop and jazz background he has developed throughout his career.

The album doesn’t come without limitations however – only necessary to preface. The percussionist-turned-producer on Headnod Suite sits behind the levels and lets the samples do most of the talking and not much else. As opposed to his 2012 LP Alone Together, which features a much wider range of instruments, melodies, tonalities to a focused flavor, the 2017 release is relatively broad-scope in styles. Most tracks open with a bare-bone sample, such as on “Sista Misses” or “Oddness,” and essentially allow the song’s rhythm to layer on top and ride to a fade out. The hip-hop nature of each beat does gather the feeling of the tracklist, reminding the listener that these are in fact ideas as opposed to fully fleshed with traditional structure. Headnod Suite is a beattape with variety.

But what the album does behold is a chance of inspection and scrutiny for Karriem Riggims’ decisions as a producer. Tracks like “Detroit Funk” and “Chop Chop” glow with warm and tender care for crafted and simple song riffs which can only be indicative of Riggims the person. Others bury themselves in densely altered effect, warping under the loops and reverse play of samples, like on “4Es’J,” “Dirty Drum Warm Up” and “Cheap Suite 2,” begging the question of where Riggims seems to go to stretch his brain from one idea to the next.

“Suite Poetry,” featuring the deep and thought-provoking Jessica Care Moore, is perhaps the only true send off and brightest gem of Headnod Suite, climatically building to her lyrics over a swinging piano — “Simplicity… is so complex. Just swim towards the compass. Find your way… to corner-store profits. The suite is always waiting…” — and abruptly concluding with the most crisp 16-hat rhythm and notable production on the entire album.

Headnod Suite is more of a tip of the hat to song and album making, a mix of boom-bap and jazz-swinging drums to some familiar sample trends as well as glitching and bouncing synth tones. The album cover is apt for the release, showing the pixel characterization of a jazz and electronic producer which embodies an album that very well may speak for himself at this point in time. Even if the track list pointed in nearly 29 different directions, it was still enjoyable to peek into Riggims’ workspace and see what is going on.