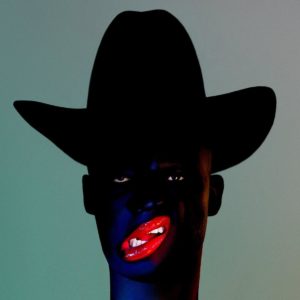 Since their debut in 2011, Edinburgh trio Young Fathers have always prioritized audacity over accessibility. Their first project for Anticon, Tape One, creeped onto the blogosphere with a definitive style that still can’t really be adequately described to this day. Welding elements of hip hop, pop, soul, reggae, and various shades of rock, the group produced concise songs with deeply emotional vocal harmonies and deliciously grimy lo-fi recording on their first two tapes. While still remaining in the indie shadows, Alloysious Massaquoi, Kayus Bankole, and Graham Hastings have put out two successful full length records since their debut, the first of which, Dead, won them Europe’s esteemed Mercury Prize. Thankfully for us, that didn’t stop them from sticking to their original style, and on their new album for Ninja Tune, Cocoa Sugar, Young Fathers are sounding more explosive and approachable than ever.

The rough, dirty style that the band has stuck to over the years has never stopped them from writing hooks that stick immediately. Since I heard the initial single from this album “In My View,” I haven’t stopped singing it to myself. The trio have always thrived off of their triple vocal harmonies, but rarely have they triumphed as hard as they did on this song. While it remains the most infectious on the entire album, the rest of the hooks don’t take many listens to blossom. Even on the most subdued tracks (i.e. “Wire” and “Tremolo”), Young Fathers are sure to include a chant of some kind that can be repeated ad nauseam without getting old. Pulling from African and World musical ideas like they hinted at on their first two tapes, as well as lo-fi pop and rock from the 70s and 80s, the songs on Cocoa Sugar teeter between anthemic, refined pop songs and primal, communal seances.

Perhaps the Fathers’ curious intersection of influences is a result of each individuals’ heritage and upbringing, with the members originating anywhere from Liberia to Scotland. The trio’s melting pot of musical ancestry provides an impressive sense of diversity; piling punk rock rhythms on top of rap verses on top of gospel harmonies works for Young Fathers way better than you would expect. Take the penultimate track “Toy,” which features a bustling electronic beat with shouted rap verses and a sung chorus that brings to mind strange vocal talents like Xiu Xiu’s Jamie Stewart. No matter where a sound originates from, the band’s incorporation of it appears effortless.

I could throw genre tags at this band all day and it still wouldn’t create a decent frame of reference for the kind of sound Young Fathers have curated. Within a span of three or four songs, the tunes can cover everything from gospel to post-punk to underground hip-hop, but somehow it just works. The segue of the volatile opener into the song “Fee Fi”, which contains the most muddied samples on the entire record, is one of many sudden dark left turns that catches me off guard, but ensures I’m at the edge of my seat. Calling Young Fathers an “experimental rap” group seems apt at first, but no moment on Cocoa Sugar indicates tests, hypotheses, or variables of any kind; the sound that this trio have developed is confusing and abstruse, but they are nothing if not sure of themselves.