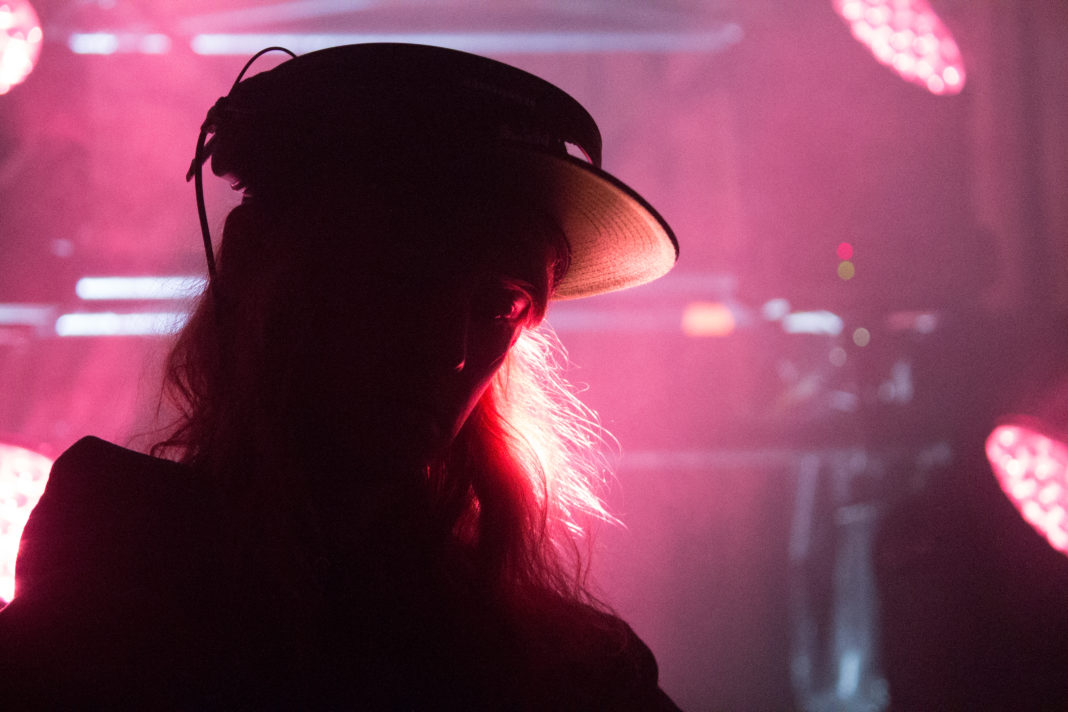 Dada was packed and piling in more as the hour got closer to 11:00pm. The hip-hop/ electronic mix from Junk Food was satiating the crowd, working up a mild sweat to tunes and readying them for Cashmere Cat. He even played Tennyson – Slipperz. ❤ Earlier than expected, the pop/electronic/hip hop DJ appeared and approached the stage. An absolutely full Club Dada erupted in applause with his motion to the decks and his massive pink light rig beamed upward to start the show.

An amazing and lengthy set ensued. Cashmere Cat pulled the expected and some notable favorites. Pop selections from the recent decade speckled their way in between bumping rhythms. A mixture of trap, EDM and pop flavor speckled their way into each other, creating this meandering yet eclectic curation of well known songs and originals.

“Wild Love” started off with a beautiful sound. The Imogen Heap-like vocals made the room still, mesmorizing those standing closest to the speaker. The bass kicked in and everyone cheered. It was all red and pink for the rest of the showed, and for some reason that was just fine.

Recent releases such as “9 (After Coachella)” was a first to get the crowd exploding from their place, arms in the air and sweat dripping. The get down was immense, diverse and exciting but he still had a whole set.

“Love Incredible,” Kanye West’s “Father Stretch My Hands,” “Trust Nobody,” and his remix of Miguel’s “Do You” were easily recognized once cued and made for great dancing, but some of the hardest hitting bangers were the tantalizing tunes of Sophie’s “MSMSMSM” and Rustie’s “Raptor.” The cohesion between songs like these and Cashmere’s style was unprecedented and actually made for the ideal set for the occasion, given the hundreds of eager concert goers present and ready to bump. Club Dada never seemed so topped out, and despite the size the venue pulled possibly one of their best large EDM acts to date.

Cashmere Cat’s set lasted a healthy hour, about, finishing out with Usher’s “My Boo” and one more for good measure. In his own subtle way, Cashmere Cat peaced out✌(˘◡˘)✌ and concluded his night.