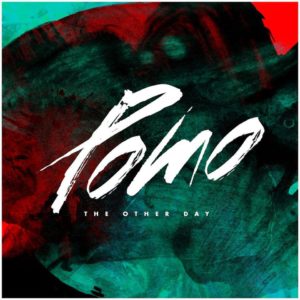 If you follow the up-and-coming producing crews, labels and artists currently, you might notice the lack of Canadian influence in the game. Maybe it’s the cold weather, although to me that would seem more inspiring to go in and produce something deep and emotional (or just get you inside anyway). Regardless of this fact, there is also something else curious about the same situation: the few who do hail from maple country are without a doubt some of the best; i.e. Kaytranada, Tennyson, Pomo.

Pomo in particular has struck my interest. With his rather interesting take on club tracks, the Montreal man has take electronic music and made it fun again. If you are familiar with his smooth bounce and cool progressions then you’ll enjoy his debut EP, The Other Day, just fine.

The whole EP is 8 tracks long, impressive for extended plays, around 28 minutes, respectively short compared to related artists and their works, and is undeniably Pomo. The dance element is strong in his selection, notably in pre-released tracks “So Fine” and “Start Again,” but also carries into his new release, and personal favorite “Cloud Cruise.” This track hits so hard it’s difficult not to dance to it. The sharp, metallic synth is typical of Pomo, but the chords and rhythm take over the music and evoke this overwhelming amount of vibration which courses from your brain to your arms and legs. It’s electric, as well a common feeling with many Pomo tracks when played over loud speakers.

What is interesting about the other songs are the divergence from dance and into more known territory of funk, r&b beat fusion and even a little dream pop, which is the most striking. “How I Feel,” placed kindly between the renown bangers as mentioned before, supplies a decent amount of grit and Daft Punk-esque flavor to help aid in the dancing fever, but I would not say this song is commendatory. “Cherry Funk (feat. Kaytranada)” was already a favorite before it was ever officially released, due to the large fan-base which follows both producers as well as their mutual label, HuhWhat&Where. Just listen to the track and you can appreciate it and its simplistic glory. The subtle shocker is “Distant Luvver.” I could almost not believe that this was the same artist. Sure, Pomo has made a few ‘chiller’ tunes in his past, but this is undoubtedly an outlier, the type used for a prom-night slow dance requested by your classy boyfriend. That isn’t to say “Distant Luvver” is a bad song. On the contrary, I like it even more so that it came from an artist who wouldn’t normally make something like this, and I vibe to it without shame. I’ll leave that decision ultimately to each listener.