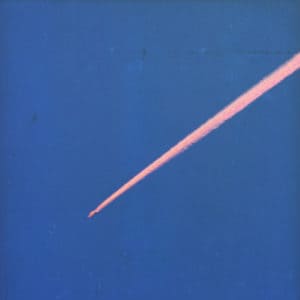 It’s been four years since the release of King Krule’s debut album, 6 Feet Beneath the Moon, and almost two since his follow up, A New Place 2 Drown. The latter was released under his real name, Archy Marshall, clearly differentiating the two releases, which had very different styles. 6 Feet Beneath the Moon was full of jazz fusion and punk influences, while A New Place to Drown was more of a trip-hop inspired release.

His latest release, The OOZ, is a sort of merging between these two styles, bringing them together to form something new, yet familiar. On first listen, it’s bizarre, and even eerie at times. It doesn’t immediately pull you in, but rather it keeps its distance, enticing you to listen over, and over, and over, and each time it clicks just a little bit more.

It pulls influences from jazz and punk much like 6 Feet Beneath the Moon, and blends it with the raw, “lo-fi” sound of A New Place 2 Drown. It’s gritty, and organic, and explores both minimalist and lush instrumentals. The singles revealed that The OOZ was going to be diverse, and explore a variety of themes. It was almost alarming, it seemed like it was going to be unfocused, but that couldn’t be further from the truth.

The first single, “Czech One,” has minimal instrumentation, with a line of distorted keys looping for most of it, with occasional embellishments from a saxophone, or a simple choir of voices. It’s a definite call back to A New Place 2 Drown, with a similar dreamy sound. “Half Man Half Shark” is completely different, and more reminiscent of 6 Feet Beneath the Moon. It’s aggressive, unlike the lethargic, muted nature of “Czech One,” and it’s loud, with a vigorous drum pattern and eager bass line.

“Dum Surfer” on the other hand, is a good representation of how Archy Marshall combines these two styles into something new. It has a strong taste of jazz, with a saxophone that comes in towards the end, but the bassline is trip-hop inspired, and Archy’s vocals are reverbed and filtered. All these elements come together to create a nightmarish ambience that carries through most of the release.

King Krule has managed to embody despair perfectly throughout this record, and tracks like “Slush Puppy” and “Cadet Limbo” are good embodiments of this. The lyrics on “Slush Puppy” describe hopelessness, “I’m this worthless you see/Nothings working with me,” and the hazy production only serves to emphasize this. “Cadet Limbo” is spacey and mesmerizing, with an open sound and soft vocals. It has King Krule falling in love, getting “lost in space,” or getting lost in a said persons beauty.

Despite all this variety, every single track is an essential piece of the puzzle that forms The OOZ, and although it’s a long album, clocking in at just over an hour, every song has its place. The titles of each song are also excellent, which is not always the case. This shows how meticulous King Krule is, and proves that he put a lot of effort into every single track.

The energy is managed beautifully, with waves of contemplation, followed by angst, and back again. It has Archy going through depression, loneliness, love, heartbreak, and more difficult emotions and traumas. However, at the end of it all, he finds hope. “Midnight 01 (Deep Sea Diver)” ends with a sample from the It’s Always Sunny In Philadelphia theme song. In an interview with SPIN magazine, he explains the significance IASIP holds to him, and the sample sort of signifies him getting through this dark patch of his life, and coming out optimistic on “La Lune.”

The ideas present on The OOZ don’t outright hit you in the face. Rather, they ooze into your mind, and urge you to continue exploring, and the closer you listen, the more you discover. The lyricism is poetic and intimate, perfectly complementing the pensive melodies, robust drums, and yearning basslines, and evoke the feeling of stumbling down a dark alley on a cold night by yourself, a lit cigarette between your lips, and finally reaching the end of it, arriving home at last.