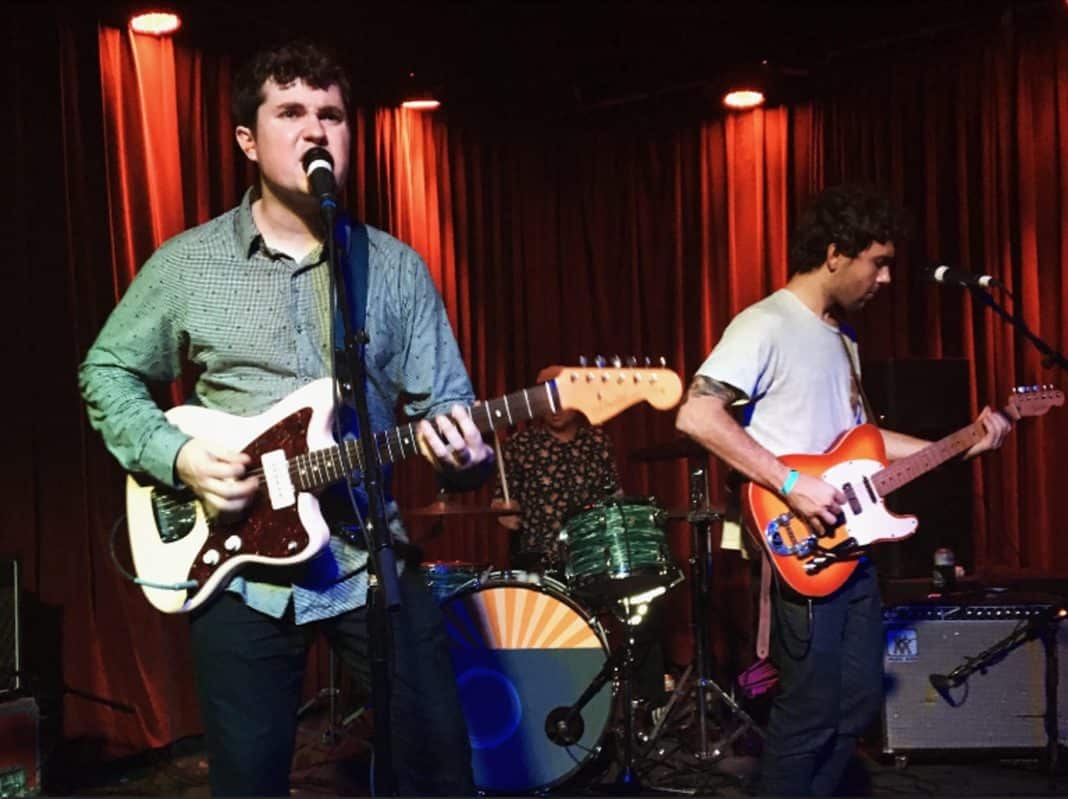 The Club Dada crowd that was mainly people in their late teens and late twenties in converse, vans, rocking denim, flannel or washed out graphic tees. A bit hesitant at first about the Dallas local opener The Loafers, attendees were scattered throughout the small venue. They had the riffs you would expect out of an alt rock, punk band but the vocals of a metal show. As the band played some of the crowd was into it and began head banging, the other ¾ shifted about nervously, but would politely cheer the band on in between songs.  In the end a few more people warmed up to them, but was apparent that that music was not what the crowd went for or was a bit on the far spectrum of what they expected on a Tuesday night.

As the unassuming group of Palm Beach, Surfer Blood entered and the energy took a bit more of a calm and anticipatory vibe. The band opened up with the strictly instrumental “Voyager Reprise” and led into the more dancey “Frozen” from their latest release Snowdonia. Without being heavy on playing songs from their new album they went through and played songs from former releases alternating between more punk songs, like “Weird Shapes” and “Miranda” followed by the more and indy songs like “Island” and “Voyager Reprise”  to keep the crowd on their toes, and play something for everyone.

The crowd now filling up a little more than half the venue head banged and swayed alike, although the stage was small, the set was non existent, and the music more chill than lit, the crowd was attentive. People hardly took pictures, because they were truly present. The band’s interactions, were a bit cliche alternating between playing guitar with backs together or facing each other and foreheads touching – even a kiss was shared between bandmates but its difficult to scoff because it was apparent the band really did have a connection.

The energy built as it got closer to the end with lead singer John singing and dancing with the crowd during “Take It Easy,” followed with the bassist, Lindsey, handing over the cowbell and drum stick to a girl in the crowd to keep beat during the last song “Swim”. John was also sure to mention how much he loves everyone and those that are protesting and keeping up because eventually this time will pass and things will get better – the perfect intro to “matter of time”. Surfer Blood was a reminder that alt surf hippie rock has a place, and is a genre than can cater to the head bangers and shoulder sway-ers alike. Surfer Blood’s serene show that was high in energy, just like the beach, was the perfect way to spend a Tuesday night giving Dallas a dose of life pictured by the ocean.