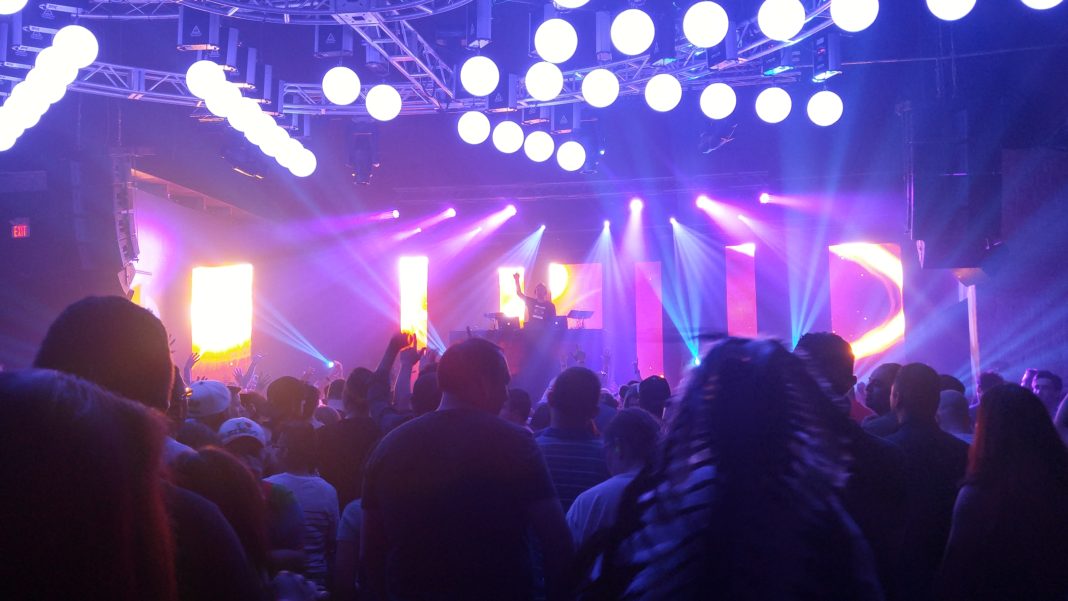 Everyone makes mistakes. I made a series of mistakes Friday night which led me to walk in on the wrong artist’s show. I thought it odd that so many people had shown up for Paul van Dyk’s show, which had South Side Ballroom packed like sardines. Once Lil Wayne took the stage I quickly realized that Lil Wayne was obviously not opening for Paul van Dyk – trance was definitely not that popular – and I was clearly in the wrong venue. Eventually I did make it to the correct venue at South Side Music Hall, which is a different venue entirely if anyone was wondering.

As far as trance goes, Paul van Dyk is a big name in the scene. He was the world’s number one DJ two years straight in the early 2000’s. While trance can be formulaic and repetitive, that’s exactly what makes it such a hypnotic backdrop for the club. The bass fills you and the spacey synth leads can induce an almost euphoric state. Paul van Dyk has mastered this ethereal formula. He knew exactly what to do to get the audience excited, moving, and feeling his every buildup and release. His experience combined with the fantastic production at South Side Music Hall created an energetic club scene. The lights were amazing. Hung from the ceiling were opaque orbs dangling from color controllers which moved and flashed to the music. These took the production to another level that traditionally stage oriented lights can’t reach. While Paul van Dyk’s show may not have been as huge as Lil Wayne’s, the crowd that showed up proved that trance is still relevant in 2017. The atmosphere, the lights, and the music are all essential parts of the EDM nightlife that Paul van Dyk displayed.