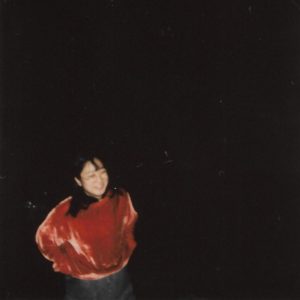 In a remarkably small amount of time, Kathy Lee has risen from urban-girl – a product of NYC grit, swirling cultures and the internet – to empirically popular artist. Having all eyes on Yaeji seems to be appropriate, because she’s honestly too busy and evolving too quickly to be missed. No blinking. Tours, distinguished mixes, a Boiler Room spotlight and now a rather landmark EP2 on public display, Yaeji is starting to come into her skin.

Preceding release, EP2 was announced with a methodically-produced video for track “drink i’m sippin on,” a trap-centric and bold approach to crisp production which leans farther away from the lo-fidelity qualities of previous releases. On top of proving versatility to Yaeji the technical artist, Yaeji the singer still comes correct with airy vocals as she raps in Korean. As a result, the new-found attitude of Yaeji – just 7 months after her debut – steers her into more proud territory.

This is accompanied by “raingurl,” the insanely bouncy party track that slams big-room house down the listeners throat. The amazing thuds and the near-comical lyrics of Yaeji dead panning “moth-er-rus-sia-in-my-cup” on the repeating chorus and bass line take the ambient energy of the first track and sear it new levels. If it weren’t all so exciting, however, all of these qualities might have distracted from the fact that it’s actually not song with retention. The gestalt of a Yaeji song, if there ever was any, is present – yes – but in terms of newness and execution, the elements are a tad uninspired. Additionally and for good measure, her cover of Drake’s Passionfruit tops off the EP, which is good – maybe even more emotional than the original – but it’s not Yaeji at her best. For pop, it’s great. For house, it’s passable. For sharpening Yaeji’s edge, maybe not.

One bad yolk doesn’t spoil the carton, however, because EP2 is still a strong release as a whole. “after that” continues to embolden her song-writing in conjunction with production, together evoking a distant and dreamy sensibility. All the while, Yaeji’s whispering voice only seems more comfortable on songs. The lo-fi house hasn’t died out, and in fact may be thriving because of artists like Yaeji. It’s changing for the better.

And this is why we celebrate Yaeji, a young, talented, multi-faceted personality and embodiment of culture/genre bending at its best in 2017. The collection of songs on EP2 are a significant set because Yaeji is more confident that ever, and it seems like she’s only starting. EP2, however, doesn’t stand out nearly as bright as the debut Yaeji EP. Frankly, it doesn’t matter because anything Yaeji does will probably always be good, and as mentioned before, all eyes on Yaeji.