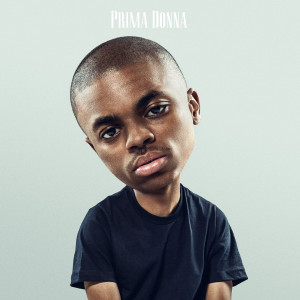 The summer of 2016 has been a dark time for hip-hop. The great influx of passionate rap as a result of increased social tension, public tragedy, and inter-genre outrage at the trap-flavored vibe that dominated the last few years has cultivated a new breed for the genre. Rappers who are serious about their lyricism and the reality of their music are livid, and they are coming out about it. Lining up the up-and-commers of the 2010s and beyond, Vince Staples gladly steps forward to speak.

Plainly, Vince Staple’s Prima Donna EP contains dark themes. They are cleverly and subtly shaped by Vince’s exceptional lyricism so that you actually catch yourself grinning and bumping your head at some really morose content. Hip-hop fans typically struggle with a certain level of desensitization to themes of gang violence, materialistic greed, misogyny, and drug abuse – but this isn’t quite that. As a rapper who claims to never really have gotten into 90s hip-hop, Vince Staples raps with all the realism that the era exalted. Here is someone who rejects the past without being a complete nihilist about it. On top of this, the listenability of this EP is due to the amount of outside influences that Vince collaborates with in his songs: Andre 3000 shows up with a rapid-fire verse on a song, sampling his out Outkast; a short but powerful appearance. James Blake does production on two tracks, having transversed the world of pop and R&B after his work with Beyonce and Frank Ocean and now laterally working his way to the grit of hip-hop.

Each song can boop, bam, bop, and even boom. They have that nice blend of instrumentation that finds the balance between digital and acoustic, cohesive without being repetitive, dark content while still finding revelry. In short: it’s groovy, and with an evocative feeling of powerful. However, the release is at a loss with the overly layered, fast paced tracks attempting to compete with Staples lyrics. He loses momentum whenever he stops to sing or rap in this lo-fi recording style with no instrument or beat backing him up, and with that a discontinuity; an example is “This Little Light of Mine”, cut off by a gunshot. Just as well, some of the hooks become repetitive, going on a little longer than to taste, but the ear-worm takes effect on these same tracks, regardless, keeping Staples musical appeal and relevance. Listeners should shy away if their seeking the sun-kissed album of the summer. What Vince has produced is the kind of EP turned on when the car starts going and you want to just get in touch with your wicked self, alone.

Check out the short film for the release below: 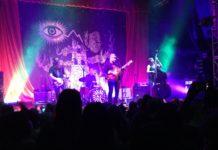