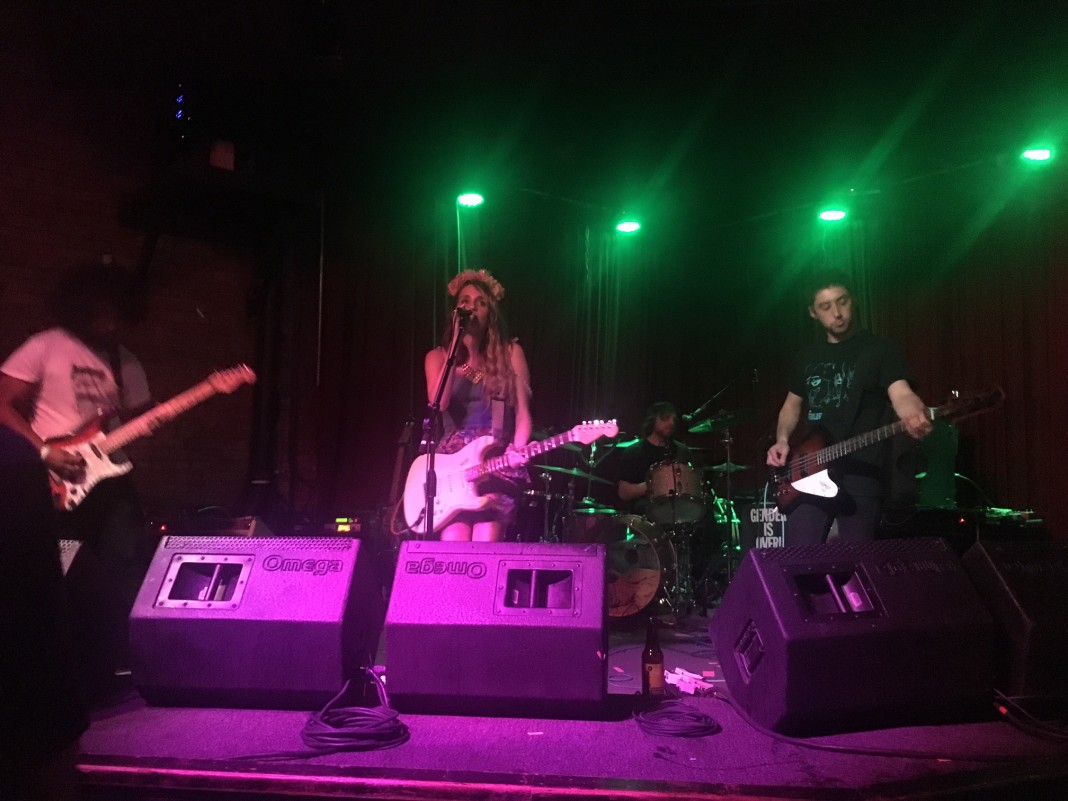 On a muggy Monday evening, Oquoa, Speedy Ortiz and The Good Life played an upbeat high-energy performance to a slow, but still excited, crowd at Club Dada. All three bands paid tribute to the recent tragedy in Orlando and called out homophobia and bigotry. Nebraska-native Oquoa, pronounced o-ko-uh according to their Twitter bio, opened the show and brought sleepy, dreamy rock to the 214. While I found myself getting lost in their droning, I discovered that their entire set felt like one really, really long song. Albeit, a pretty good song. The atmosphere surrounding Oquoa themselves embodied dream rock itself – the riffs and rhythms, lead singer’s Matt Holmquist’s enticing vocals. I truly lost myself in that one really long song. However, Speedy Ortiz brought some energy into Club Dada. Their set was dedicated to the victims of the Orlando shooting and they had even set up a donation jar at their merch table. With their “Gender is Over” sign and vocalist Sadie Dupuis’ rally against hate and homophobia, Speedy Ortiz really made Club Dada into a safe space. “Foil Deer” served as the centerpiece of their set and I was reminded of the greatness of that album. Hearing favorites from their sophomore album such as “The Graduates,” “Swell Content” and “Dvrk Wvrld” definitely made my night and the energy and delight they put into their performance was really reflected in the audience.

Lastly, The Good Life closed the night. The show calmed down and the same atmosphere that surrounded Oquoa returned. The band really delved into the stage personas, however, bringing zest and enthusiasm to everyone. I stood in the back, nodding along gently to the beat, but I truly understood their message regarding love and peace in the world. It was a nice, I genuinely enjoyed myself.

In light of the massacre at Pulse on Saturday, being in a venue filled with artists who valued equality and LGBT+ youth reminded me that there are many out who vilify hate. All in all, a quality night.