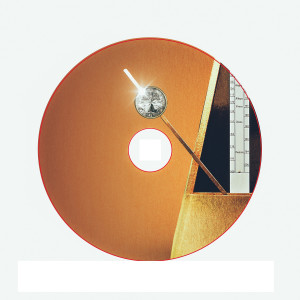 Disco, funk, and soul. This has been the new direction of electronic music for the past couple of years. First, it was popularized by the funk lords of the decades, then re-commercialized by Daft Punk back in 2013, and now it has set foot onto the dance floor’s and bedroom studio’s of the internet’s producer’s of tomorrow. Artists like Chromeo, Les Loups and Dabeull have all traveled down this road and maybe found their place elsewhere. Now, the next neo-funk duo could be set to blow, and established producers AstroLogical and Nick Wisdom, teaming up as Potatohead People, might just be that duo.

Unfortunately, this raises many question’s, and like with any up-and-coming soundcloud/bandcamp/beatport artist, we have to ask if they’re bringing anything new to the table. The short answer is: Not Really. The longer story is more complicated, and has to do with a more endemic problem of originality in electronic music. But I’d like to take the time to highlight what is nice about the album first, because it does do some things right. Sometimes we have to accept that coming out with the “new” all the time will only devalue the last thing that was “new” before, but isn’t now (think about that for a second). Potatohead People’s Big Luxury offers a vibrant, smooth auditory presence which is hard to turn down and is pleasurable to vibe to, so there are some positive aspects to the project.

The bouncing bass lines implemented all throughout this album (and in many other electronic albums) will never become old in my book; something to really get down to that contains a phat beat and sweet synth melody. This is something the duo has really refined in their releases and is exemplified on the album. Coming into the game with their soothing Kosmichemusik EP back in 2013, the two have seen resurgence in demand for their tracks, which most likely prompted them to release their latest album. But the two weren’t afraid to slow it down in speed and temperature to bring some tracks into the mix that have slow builds and infectious harmonies. Big Luxury serves as a sampler of beats as well as a healthy dose of features to keep any beat lover at ease. Rappers like Illa J (J Dilla’s younger brother), Moka Only, and Mosaic, make numerous appearances and keep the album from getting stale, even though their verses leave a little something to be desired. In a way, hearing them more than once helps the album attain more cohesiveness, something to note when often beat tapes done in the same fashion get easily lost and zone out of the music.

Aside from classic hip-hop beats, songs like “Messenger” and “Snapbax” bring in the gentle keys, singing jazz chords, and provide some flare to the simple yet stylish rhythms. What’s even more impressive is the refreshing sound of an actual guitar in the mix, and masterful riffs like the ones on “Blue Charms” and “Luxury.” It is this sort of instrumentation which progresses the music of the respective genre, and I can anticipate a lot of evolution coming from this incorporation.Unfortunately, the album suffers from a lack of originality compared to other producers of the industry that could have really elevated it to something much greater.

Overall, Potatohead People have made a more than decent debut album. I imagine myself listening to it on long urban drives, possibly in the rain or at night. Whatever your intention, it’s worth a listen at the very least. Big Luxury can be streamed via their label BastardJazz and bandcamp.