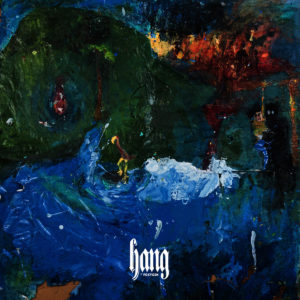 Foxygen’s new album shows some hope for the New York duo. The band is known for erratic shows and displays of friction and will hopefully be followed by more stable shows and performances for their final tour. Despite its overly ambitious nature, the Foxygen’s effort partly pays off. There are a few songs on the album which standout but it seems as though the duo is trying to do too much at once and makes for a difficult listen all in a single sitting.

The album is heavily sprinkled with sounds that come from a big-band orchestra. Starting out strong with “Follow the Leader,” the string-rich song is something new – an influence seemingly pulled straight out of the 70s. The second song, “Avalon” also relies on the big band and demands to be received as a ballad, as if written for a cartoon or over dramatized piece, and the rest of the album continues at this pace.

“Lankershim” is a redeeming song on the album which corrects what the rest of the album is lacking; it is much more laid back and it plays off the 70s vibe without shoving it down your throat. The song has orchestral parts but they are not overwhelming. The bass and the guitar guide the song along with some help from the strings and varying vocal pieces – with the vocalist talking to the listeners as the strings begin to fade.

The song “America” is a good song that sums up the album, an example of how Foxygen are trying to be much more than it is. The song sings about patriotism, cinematic in nature, begging to be an epic and sing songs of great glory in attempt to evoke a sense of another retro era. In some ways it achieves its goals, but not in the best ways possible. It seems to be lacking a certain flow despite some of its best merits. Overall, this perpetuates across the album; the disjointed piece works better as parts, an improvement from its predecessor, but not quite their finest work.