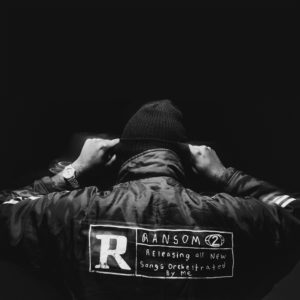 Ransom 2 is Mike WiLL Made-It’s debut album, and it’s a follow up to his 2014 mixtape, Ransom. It contains 17 tracks, with features from 22 different artists, including Rihanna, Lil Yachty, and Pharrell Williams. Although Mike WiLL produced the entirety of the project, he got assistance from some of the other producers on his label, such as Marz. Throughout Ransom 2, Mike WiLL showcases his varied production abilities, while still maintaining his signature song.

Much like the first Ransom mixtape, this is an album where everyone involved is trying to show-off and showcase their abilities, and make high energy trap songs. It’s not so much about sending a message as it is to get a crowd excited and pumped up. There’s back to back party songs, with the strong resounding bass lines and fast drums that Mike WiLL is known for.

Mike WiLL himself is credited as a writer on every track, as well as whoever is featured on the song, meaning that the lyrics were a collaborative effort. A large portion of the album focuses on success, in different forms. For example, Lil Yachty raps “18 years old, got my own crib/18 years old, got my own whip,” on “Hasselhoff,” while on “Perfect Pint,” Kendrick Lamar says “Salute me when I’m walkin’ through, you ain’t me.” Many of the lyrics are egotistical, which fits into the nature of the album, but Lamar still comments on gang life in the lines “Everybody a Crip ‘til they black and blue/Everybody a Blood ‘til they hemorrhaging.”

The focus of this album is the production, and although there is a lot of variety, many songs drag on. It’s almost easier to think of this as a collection of singles, rather than a cohesive album, which has been the case for previous Hip-hop releases such as The Life of Pablo, by Kanye West, and more recently, More Life by Drake, which is being referred to as a playlist. In this case it’s understandable. Mike WiLL is a producer and wants to show that he can be diverse at the club and throughout the party.

There are a few tracks that stand out, such as “Bars Of Soap” featuring Swae Lee, one of the slower songs on the album. The bassline is infectious, and Swae Lee rides the beat well. Although the beat is minimal, it has several embellishments that keep it interesting, and all the attention is put on Swae Lee. This was mostly likely done on purpose, as Swae Lee is on Mike WiLL’s label, and both he and Slim Jxmmi, the members of Rae Sremmurd, have expressed interest in solo careers.

“Aries (YuGo)” is one of the best tracks on the whole project, and Pharrell Williams performs excellently on the Chorus, his high vocals standing out from the beat. It also features Pharrell’s new alter ego, Station Wagon P, the 2017 version of Skateboard P, his rapping alter ego. Initially it’s hard to tell that it’s Pharrell at all, he switches to a much deeper tone, and doesn’t sound like himself, but still has a tenacious flow and works with the beat well.

A few other tracks that stand out are “Oh Hi Hater,” and “Razzle Dazzle,” but they stand out for the wrong reasons. They both drag on for much too long, and about halfway through them I always felt tempted to skip them. The chorus on “Oh Hi Hater” isn’t very exciting, and the hook for “Razzle Dazzle” is way too repetitive. Many other tracks on this album suffer from this problem, and they would all benefit from being shorter.

Although it has several strong tracks, Ransom 2 suffers from being unfocused. The overall theme is weak, but doesn’t have much importance to begin with. The project as a whole would benefit from having fewer more refined tracks, even if you think of it as a collection of singles rather than a fully fleshed album, tracks such as “Oh Hi Hater” don’t add much to the project. Despite this, Ransom 2 has several solid tracks that will be played in clubs and parties for the upcoming months.