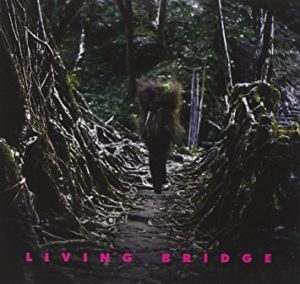 There really isnt much to say about the music within a compilation, in my opinion. The purpose of a compilation, mix-tape/-CD, what-have-you is to highlight and use the relationships between songs to illustrate a new concept. By that logic, it defeats the purpose to delve into individual tracks, and is entirely purposeless to try to explicate the new concept in words; the existence of a mix disparages the idea that the you even can, or should. That all being said, this is one of the best mixes of its type, and Ill have to try anyway.

Rare Book Rooms Living Bridge is a twenty-five-song compilation of odd, otherwise-unreleased tracks recorded by semi-famous and not-so-semi-famous Brooklyn based artists specifically for an inaugural release. (The only exception is the Silver Jews Self-Ignition, which was an outtake from their best album, American Water.) The ultimate goal was to capture the essence of the Rare Book Room, the recent recording-studio-gone-record-label.

In general, the real standout tracks come from the better-known artists that appear, such as Avey Tare, Deerhunter, Silver Jews, and Blood on the Wall. There were however, a few pleasant surprises thrown in. Palms, one of RBRs first officially signed artists, offers a slow but entrancing track sung in both English and German. I Cant Stand It by Telepathe is a beautiful mix of sweet female vocals, intoxicating drones, and staticy snare drum, and is easily one of my favorite tracks on the album.

The album as a final product is completely seamless, which is an imposing triumph given the circumstances: twenty-five different artists given experimental freedom with the hopes of capturing that RBR feel with no other RBR release as precedent. The effect of seamlessness was overtly created by encouraging the artists to record long intros and outros. As a byproduct, the album also has a very intimate and organic feel; as if the songs are successively sprouting from the same soil together, their limbs and roots tangled; the idea of Living Bridge manifested quite elegantly.