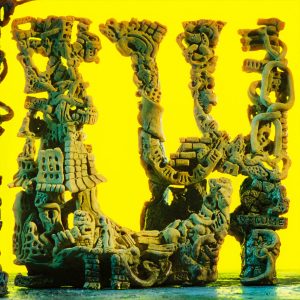 This is the second “self-titled” record from King Gizzard, and if you’ve heard K.G., K.G. is almost the warm-up for L.W. While K.G. showcases styles from past albums combined with microtonal music, L.W. turns the creativity up to eleven. Drawing from more progressive acts such as TOOL, and their 2017 work Polygondwanaland, this record bleeds microtonal riffs and alternating uncommon time signatures. While the songs don’t lead into each other as much as they do on other records, a handful of songs have multiple passages that come together to create some of the grooviest and most hard-hitting songs yet. Songs such as “O.N.E.” and “Supreme Ascendency” have some of my personal favorite Gizzard riffs and instrumentals yet.

In addition to having more variety in songwriting, there are a handful of songs not sung by Stu McKenzie, the lead singer, and feature some fan favorites like Joey Walker (lead guitar) and Ambrose Kenny-Smith (synthesizer and dedicated harmonica player) singing in on songs as well as writing credits. Despite Eric Moore no longer drumming alongside Michael “Cavs” Cavanaugh, Cavs is able give an excellent performance on not only their album, but their 2021 limited audience show in Melbourne as well.

As one of their most political albums to date, many songs express concerns about global warming, the construction of an environmentally dubious and expensive highway, and Donald Trump’s denial of COVID-19. The band delivers poignant criticism and evokes a sense of empathy as the environmental concerns are usually told from the perspective of animals. This can also be seen in the closing track “K.G.L.W.” (which shares a name to the opener of K.G.) where lyrics such as “When the claws come out/ cage me too” create some dark ambience to one of the heaviest tracks from King Gizzard to date.

While there aren’t any songs as danceable as “Intrasport” on this album, L.W. has a lot more to offer than K.G. The songs break the mold of King Gizzard’s comfort zone to make one of their best albums to date. In my opinion, this record is on par with Flying Microtonal Banana and will have fans coming back to it for years to come.