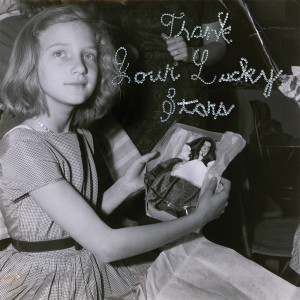 If you are looking for yet another album with tracks that make you feel like you are floating on a cloud without a care in the world, then the Baltimore native band Beach House has yet another album that can satisfy that thirst. If floating on a cloud was not exactly the thing you were looking for, the mixture of dream pop and indie rock are a formula for music that you can chill out too when in need of relaxation or use as peaceful background noise if you want to study. In their most recent album, Thank Your Lucky Stars, this is exactly what Beach House has created.

Thank Your Lucky Stars is the bands sixth album and it is consistent with the tone of their past 5, with soft ambient tones and the chiming of the strings to a rhythm that isn’t too fast, but also not going to put you to sleep. Even though this album comes only a few months after their last, Depression Cherry, it is clear that this album was not rushed out because the quality of the tracks are not lacking. Many of the tracks contrast joyful moods and energetic tones with more mellow echoes and reverb. The guitar parts are not too strong and provide a varying feeling of strong and weak from song to song. It is almost as if the album was not aiming for one set mood set but instead brings an arrangement of different tones that in the end all come together to bring the listener to peace.

Songs like “Common Girl“ use synth like distortion and repetitive riffs to create a sort of trance that overshadow the soft vocals in the background. On the other hand “Elegy to the Void” also incorporates the same use of repetitive guitar riffs and reverb without drowning out the vocals. Most of the tracks have romantic undertones in the vocals through the lyrics and non-verbal hums.

Thank Your Lucky Stars is without a doubt in tune with the overall tone of Beach House as a band, but the fact that it comes so soon after Depression Cherry makes it sort of disappointing in a way even though it is objectively a good album. One would hope for or even expect more of a change in tone between albums, but it feels that the songs from Depression Cherry, and Thank Your Lucky Stars should have been on the same album but were released separately because of the possibility of bloating an album with too many tracks. This could explain the short gap between releases. None the less, if you enjoy the relaxing dream inducing tones of dream pop and indie rock that Beach House is known for then Thank Your Lucky Stars is an album that is sure to satisfy your hunger for more moody, understated indie rock. And really, what more can we ask for than some beautiful Beach House music?