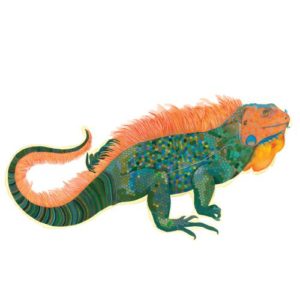 Parplar is a folk(y) album for sure. But other than that, Parplar is a tough album to nail down. This lady knows her folk, and it’s no wonder considering Larkin Grimm was born in a commune (The Holy Order of MANS) in Memphis, TN to a German, Afro-Caribbean, Sinti fiddler and a hippie folk-singer. She went on to win a scholarship to Yale where she studied art, met Dave Longstreth, and became an early member of The Dirty Projectors. After Larkin left Yale to hike in Alaska, she returned to Yale and recorded Harpoon, her first album, thus proving that she is clearly more genius than I am. This might explain why I don’t quite understand the intended direction of Parplar.

Larkin’s music refuses to settle for any one style of folk, and while she gives her undivided attention to each track, the album itself is pretty disorienting. Sad, sleepy ballads (“They Were Wrong”) are followed by up-tempo country western style folk songs (“Ride That Cyclone”) and short freak(esque) folk songs (“Parplar”) are scattered throughout. The most straightforward track, “Dominican Rum”, shows that Larkin is just as capable of writing catchy folk-pop as she is at covering timeless mountain blue-grass songs (“Fall To My Knees”). Though most of Parplar is heavy on folksy acoustic guitar and banjo and every track highlights Larkin’s impressive voice, each song absolutely manages to create it’s own individual sound and feeling. Parplar isn’t the type of album you can put on to suit a particular mood because each song varies greatly in its tone. I would be tempted to call Parplar an album of singles. Not that the songs aren’t good; they’re great, but this album just doesn’t flow for me… At least not yet.